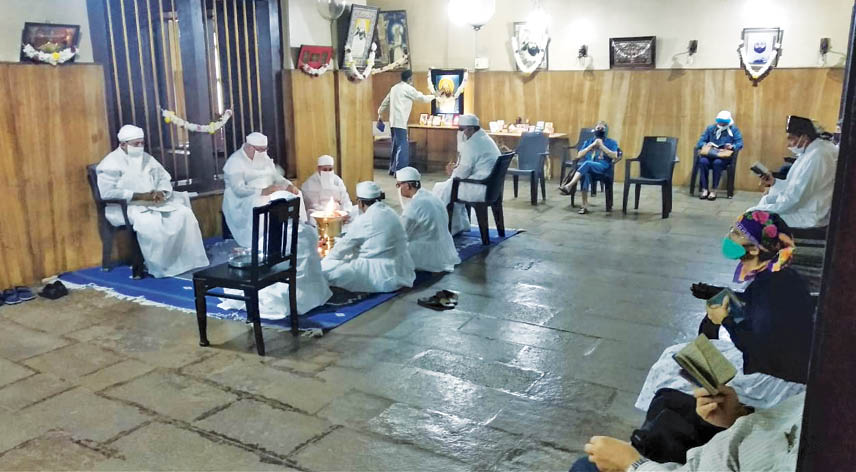 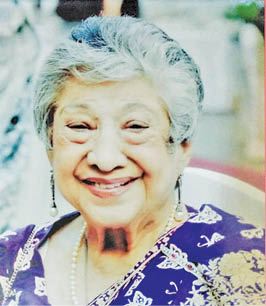 On the occasion of the grand and glorious 175th year anniversary of the Hormusjee Dadabhoy Saher Agiary, the Agiary building was beautifully decorated with flowers and rangoli. At 10:00 am, Panthaki Er. Jal Katrak performed the Jashan ceremony with six Mobeds, following which a Humbandagi was performed by the Mobeds and humdins present. Thereafter, chasni was distributed to all present.

Chairperson and Managing Trustee, Persis Vatcha inaugurated the photo of the late Scylla Rustomji Vatcha and requested newly appointed Trustee – Er. Dr. Burjor Antia to say few words on the occasion. At the outset, Er. Dr. Antia praised the holy Fravashi of the founder of the Agiary – late Hormusjee Dadabhoy Saher, remembering with reverence past Trustees, Panthaki Sahebs, Mobed Sahebs and workers of the Saher Agiary over the last 175 years. He complimented the present Panthaki Er. Jal Katrak for diligently performing religious ceremonies and keeping alive the holy fire of the Agiary.

Lauding the late Scylla Rustomji Vatcha in her lifetime, Er. Dr. Antia spoke of her role in keeping the Agiary immaculately clean and generously giving her time and financial aid from her Trust, despite not being a Trustee of the Agiary. She looked after the needs of the Agiary’s entire staff, financially supporting Senior Citizens Home at Navsari and Dharamshalla at Sanjan, amongst other institutions – much akin to being a saviour of the underprivileged. Er. Dr. Antia prayed for her soul to guide and look after the Agiary and the community in right direction. He was glad to share that her daughter-in-law, Persis Vatcha had been following in her footsteps.

Concluding his speech and the occasion, he prayed that the holy fire of the Agiary remain ever-burning for many more years to come.