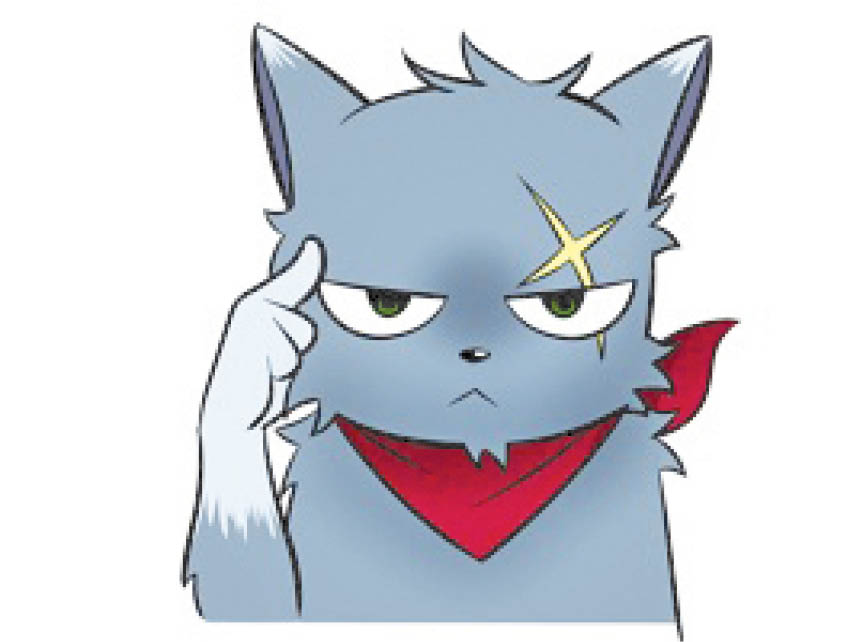 Teach them to see you, their cat, as the highest power they will ever appeal to and that serving you is the very purpose of their existence.

From the desk of Dr. Rocket Billimeowra 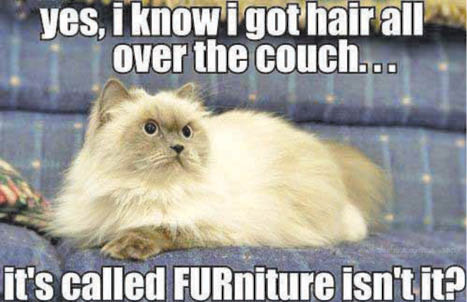 Congratulations, fellow feline, on being a cat! There is no higher life form than a cat and none lower than your average, feeble-minded homo sapiens. Trust me, they’re not too bright. After all, what can you expect from a species that spends practically all its waking hours opposite lit-up boxes, their weird paws frantically tapping away on a little board? Do you despair of their inferior intellect and clumsy bearings? Do they stare at you with vacant expressions when you speak to them, order them? Do you long for your unworthy slave to serve you better? Then look no further. This is the guide for you! You will learn all the tips and tricks that I, Dr. Rocket Billimeowra, have personally used on my own family. I will now share a typical day in my life with you, dear comrade, so you can watch and learn…

Humans are nuts. Let’s get that straight first! Every morning, they greet me with their eyes half-shut and incoherent grunts. Plain rude! So what if it’s six-thirty in the morning? A slave’s gotta serve – that’s the principle! And you think a family of science graduates would know principles as if their life depended on it, but no! They’re just as stupid as the rest of their dim-witted species! Anyways, your human is drowsy and sluggish. A good nip on the ankles should help you rev their engine. 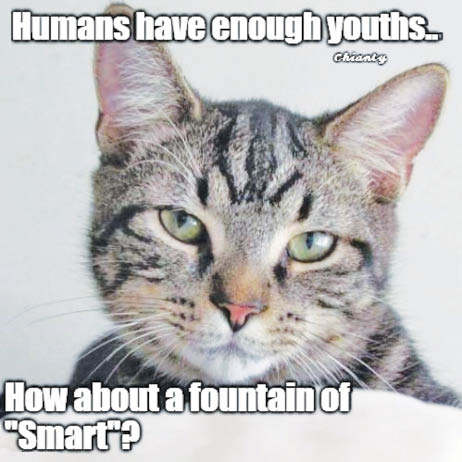 Another thing, it’s the wee hours of the morn, so they’re more likely to walk into doorways or stub their toes (be careful where you keep your tail!). So how does that concern us? They’re more likely to give in to your demands because they’re too busy trying to stay conscious. Make sure they start your day with a packet of wet food and don’t settle for anything less. How do you do that? Make maximum use of your God-given vocal cords. They’re so sensitive to sound, they’d do anything to shut me up. Be prepared to listen to stuff like “Shut up!” or “You’ll wake the whole building!” Never take them seriously – another tip I give you. I keep meowing until I’ve thoroughly worn them out. So, they give me what I want – my tuna or salmon jelly – and continue plodding through the day in their slow and sluggish way. It’s become a way of life now.

I stay in a family with a couple of teens and their parents, so you can imagine what I have to deal with. They mostly go about their daily rituals and mind their own business, but if I want an undisturbed siesta that spans only about sixteen hours of the day, the principle: ‘Out of sight, out of mind’ must be used. Mark my words, if you like sleeping in plain sight, be prepared to have the stuffing squished out of you every time one of the lower life forms passes you by. 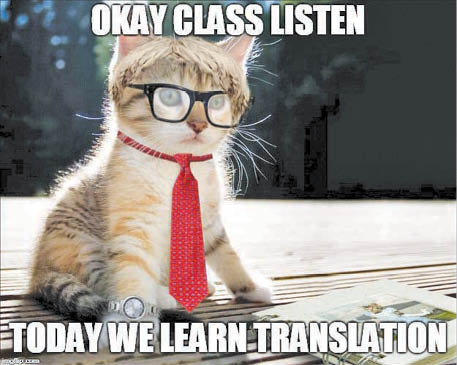 They’re stupid, no doubt, but they’re big and stupid. They seem to think we’re play-doh or, worse still, dogs!! Dogs are even worse than humans, but that’s a story for another time. The point is, these things we live with are very touchy-feely. Hugs, kisses, cuddles, baby-talk are all the forms of torture I undergo each day, and I’m sure you’re subjected to the same. Most times, you will sense when one of them wants to pick you up – they stoop, grubby paws reaching out with a crazed gleam in their eye. I imagine it’s what one of their primal ancestors would do when they cast eyes upon a particularly rotund and juicy looking boar. I don’t really believe that they’ve evolved – only their appearances have changed. Their mental capacity, I’m afraid, would allow them to make perfectly good chitchat with java man! You should see the teens fighting – if anything, that proves that neanderthal blood still courses through their veins. Oh, are they loud, annoying and always in need of a bath! And then they touch us with their grubby mitts. I only wish this whole ‘social distancing’ fad had come around sooner – think of the bother it would have saved us!

Anyways, if the squishing gets too much, use the little knives at the end of our paws that put the Swiss Army ones to shame. I bet our claws could get through metal detectors, so I suppose we could get away with murder. At least the murder of hapless, pathetic creatures like moths and beetles. You should have seen the fuss the girl made on the fateful day I left a mangled lizard in her room!

“MAAAAAAAAA! I JUST STEPPED ON A LIZARD WITH MY BARE FEET!! UGHHHH! IT’S SO LEATHERY! ROCKET!! DISGUSTING! I’M NEVER USING THIS FOOT AGAIN IN MY LIFE!! I’M SO NOT SWEEPING IT UP! IT’S SO LIMP AND RUBBERY AND…DEAD!!” 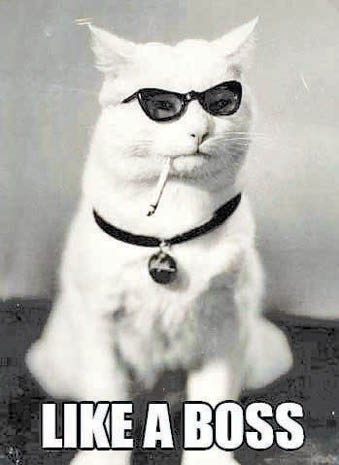 In the end (pardon her articulacy, she isn’t very bright), she did sweep up its limp and rubbery form, holding the dustpan as far away from her as she could. You’d think she was dealing with some biohazardous material – can somebody please tell her the difference between a dead lizard and a canister of uranium-235? Anyways, you should also give your humans such experiences so that they can tell their grandkids about you. And that’s how you will be remembered for eternity. I can imagine the boy, old and wrinkled like a prune go on and on and on about how I made his life that much more bearable.

All humans are stupid, and a lot of them are cruel or indifferent, but not all are that way. Some actually take the trouble to be kind. Maybe we treat them as slaves, but they’re happy to serve us. They enjoy it. See it this way – we’re helping them see the purpose of their existence. I’d like to say this is the epitome of a win-win situation – or if I were to attribute a more biological term to it – a symbiotic relationship. So, remember, the more you condescend to them, the better the quality of life all around!!

To you and the subjugation of the Human Race!

PS: If they touch your belly, they’re asking for a hand amputation. Oblige them.

17th July 2021, as the highest power they will ever appeal to, By Freyan S. Wadia, frontpageslider, How To Train Your Human, Meow Musings, Mumbai, News, Parsi Times, Parsis, Teach them to see you, their cat, Volume 11- Issue 13, Zoroastrians

About By Freyan S. Wadia

View all posts by By Freyan S. Wadia →