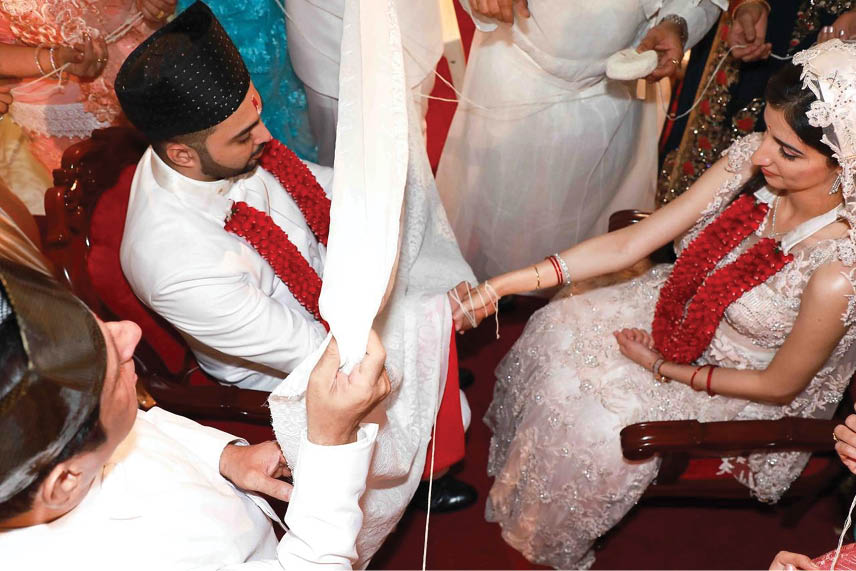 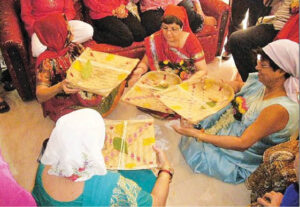 The wedding season is on in full swing across India and Parsis are no exception. Not just Parsis, but even members of other communities eagerly look forward to getting invited to savour the bharuchi akoori, patra or the saas ni macchi, sali murghi, pulao daar and wash it all down with chilled Raspberry or Ginger! But there’s more to a Parsi Lagan (wedding) than just the Laganu nu bhonu. Marriage is a once in a lifetime experience and many, especially those getting married, need to understand its essence, from a religious and cultural perspective.

Importance Of Marriage: In the Zoroastrian tradition, to be married is a virtue. The scriptures not only encourage, but enjoin marriage, including for the clergy. Vendidad (4.47) states: “O Spitama Zarathushtra! Indeed, I thus recommend hereunto thee a man with a wife above a Magava (Holy man), a man with a family above one without a family, a man with children above one who is without children.” Vendidad (3.1) also affirms: “That place is happy, over which a man builds a house with fire, cattle, dogs, wife, children and good followers”

In Asho Zarathushtra’s own words: “I say these words to you marrying brides and grooms! Impress them in your mind. May you two enjoy a righteous life by following the law of Asha (Righteousness)! Let each one of you clothe the other with righteousness. Then assuredly there will be a happy life for you.” (Gatha – Yasna 53.5). Clearly, Zarathushtra assures marrying couples that happiness will fill their lives if together they follow the right path.

For a Zoroastrian, marriage is a path to happiness through righteousness. It is not just a contract. It is about good companionship. It is about friendship. Above all else, it is about making this world a happier place to live in! 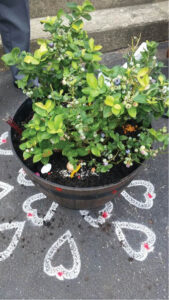 Pre-Wedding Rituals: Parsi pre-wedding rituals and ceremonies are simple compared to other communities. These ceremonies are like a prelude to the main event and are more cultural rather than religious. It all starts with Rupia Peravanu (gifting money) which marks the unofficial engagement, where both the families acknowledge the acceptance of the marriage alliance. Among Iranian Zoroastrians this is called Mithoo monu or the ceremony of offering sweets and considering the couple betrothed.

Madavsaro Ceremony: This is a pre-nuptial ceremony performed at home to literally plant love, prosperity, good-health and sweetness in the life of the couple. The families of the bride and invite the family priest to offer prayers and plant a small tree in a pot and place it at the entrance of their homes. This is usually a mango plant which is treated as a symbol of fertility and long life. Many tend to think that because the mango is an Indian fruit, this may be a custom that the Parsis adopted in India. However, it has been a long-standing custom among Iranian Zoroastrians to plant a pomegranate, pine or a Cyprus tree on auspicious occasions, including on one’s birthday, every year.

The soil in which the tree is planted is mixed with silver coins (for wealth and prosperity), paan or betel leaf (for love), supari or betel nut (for fertility), haldi or turmeric (for good health) and kharak or dry dates (for preserved sweetness). The plant is watered every morning till the eighth day after the wedding, and then transplanted in the household courtyard, a garden or at a farm.

Adarni And Supra Nu Murat: Adarni marks the more formal engagement and is the day for exchanging gifts by both families and enjoying sweet sev with sweet curd and boiled eggs. This symbolizes and celebrates sweetness and fertility. The supra nu murat is somewhat like the Hindu haldi ceremony. Four married women are given a supra (a cane tray) each, with paan, supari, haldi, dates and a piece of coconut. While singing traditional wedding songs in Gujarati, the supra are circulated seven times among the women cross-length, length-wise and breadth-wise. A fifth married lady sits in the middle with a khal-batto (pestle) and dry turmeric. After the four women finish passing the supra, all five join hands to pound the turmeric along with milk in the pestle and this paste is applied by all to the groom and bride along with good wishes and blessings.

Ashirwad: The marriage ceremony is called Ashirwad – a term of Sanskrit origin adopted by the community after arriving in India. Ashirwad means blessings and which is what the officiating priest ceremonially showers on the couple. It is conducted after sun-set in deference to one of the conditions laid down by Jadi Rana when the Parsis arrived in India from Iran. However, whether the Rana really laid down this condition is debatable and many now choose to get the ceremony performed in the morning.

The Qissa-e-Sanjan refers to five conditions laid down by Jadi Rana for the Parsis who came from Iran to India, namely, to: Adopt the local language (Gujarati); Disarm themselves of all weapons; Encourage Parsi women to wear the saree and bangles; Tie the thread in the marriage ceremony; and Explain the Zoroastrian religion. Tying the hands of the bride and groom (in unity) is still in vogue as also the Ara Antar and Chhero Bandhvanu. During the Ara Antar ceremony, the couple sits facing each other with a piece of white cloth between them. Both hold some rice in their hands. With a long doro or thread, the priests circle the couple sitting on opposite sides of the curtain seven times and as soon as the seventh-round ends, the couple showers each other with the rice from over the curtain. All eagerly wait to observe who throws the rice first. According to folklore it is believed that the one who throws the rice first would be the more assertive or dominating partner in the marriage.

Next comes the Chero Bandhvanu ceremony, where the couple sits beside each other with seven strands of string binding them. The sahakshi or witness of the bride and groom sits beside them and lamps are placed on tables on either side. Seven is an auspicious number representing the Haft or seven Ameshaspenta. However, seven in the case of marriage is also symbolic of the Hindu tradition of saat janam no saath (together for seven births).

Blessings For The Couple: Before the Ashirwad ceremony, the bride and groom go through the nahan or purificatory ritual bath. The marriage ceremony commences with the officiating priest declaring: Avar dad va ain-i-Din-i-Mazdayasni, meaning the ceremony is conducted according to the rules and customs of the Mazdayasni religion. The priest then blesses the couple (showering them with rice and rose petals) thus: “By the helping name of Ahura Mazda, may your happiness increase! May you be brilliant! Do good deeds! Increase righteousness!”

Invoking the Bounteous Immortals (Amesha Spenta), benedictions are showered thus: “May Ahura Mazda bestow upon you: Good thoughts and wisdom through Bahman; Truth and good health through Ardibehesht; Power and strength through Shehrivar; Piety and humility through Aspandarmad; Sweetness and perfection through Khordad; Fruitfulness and immortality through Amardad!” The Priest then invokes various Yazata and blesses the couple with luster through Adar, purity through Avan, exalted position through Khurshed, justice through Meher, wealth through Ashishwangh and eternal light and nourishment through Aneran!

The Priest blesses the groom with qualities that the Great Kings and paladins of ancient Iran were known for: “May you be Great in dignity like kai Khushrow, Victorious like Zarir, Pious as Vistasp, Strong as Sam, Powerful as Rustom!”

The Ashirwad ceremony concludes with various admonitions including: “Do nothing without mature consideration. Acquire wealth by righteous means. Be industrious. Fight your opponents only by fair means. Speak with great consideration when in an assembly.” And, just before concluding, the priest chants: “Be more glorious than your father. In no way annoy your mother. Recognize Ahura Mazda as your God. Remember Zarathushtra as your spiritual guide. Treat Ahriman (evil) with contempt!”

Once the religious ceremony ends there is music, dancing, cocktails and that much awaited call to feasting on plantain leaves… Jamva Chaloji!