It’s the seasonal festival of spring and a time when Mother Nature herself seems to have a spring in her feet! Summer, autumn and winter also have their charm, but spring is perhaps the most charming season among them all. Temperatures are moderate, the days get longer and nights turn shorter… migrating birds return to […]

As per the Shehenshahi Zoroastrian calendar the Holy month of Ava will commence this year on 14th March, 2022, and devout Zoroastrians will wend their way to river banks, seashores and wells to offer homage to Ava, the Divinity that presides over the waters. The term Ava is derived from the word Aap or Aapo – the Divine Cosmic […] 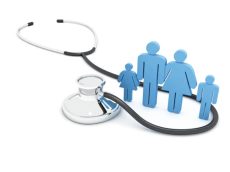 The family physician or family doctor is a vanishing breed. Young new doctors don’t seem interested in ‘family medicine’ anymore. Way back in August 2019, the Times of India reported that the General Physicians Association (GPA)’s Greater Mumbai branch had 3,000 members, while the Indian Medical Association (IMA)’s Mumbai list had 13,000 doctors. Apparently, the […]

Norman Vincent Peale once said, “Christmas waves a magic wand over this world, and behold, everything is softer and more beautiful.” This is so true! Indeed, Christmas has a way of making people feel merry. From twinkling Christmas trees to thoughtful gifts beneath them, there’s just something heartwarming about the holiday. It’s the time for […]

The essence of the festival of Diwali lies in the Sanskrit shloka: ‘Tamaso ma jyotirgamaya‘ which means “Lead me from darkness to light.” This verse is found in the Brhadaranyaka Upanisad (I.3.28): “asato ma sad gamaya. tamaso ma jyotir gamaya. mrtyor ma amrtam gamaya,” which means: “From what is not, lead me to what is; […]

Almost every religious tradition observes a day or days for remembering their near and dear departed ones. They say grief is the last act of love that we offer to those we loved; and remembering them is akin to breathing life into their fading presence from our life. Most humans, by nature, are ritualistic and […] 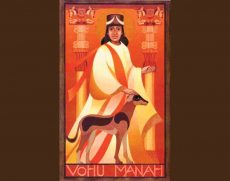 To Zoroastrians Bahman Mah is what Shravan Maas is to the Hindus. Just as Hindus avoid non-vegetarian food during Shravan Maas, Zoroastrians also do likewise during Bahman Mah. However, while Hindus also observe fasting during the month of Shravan Zoroastrians do not.  Interestingly in the Zoroastrian calendar of three hundred and sixty-five days there is […]

Festivals bring hope and happiness. They open opportunities for bonding and togetherness. The spring festival of Navroz is no exception. It ushers a new day (Nav = New and Roz = Day), new beginnings and a brand-new life. Hope is a very powerful and positive resource. It inspires us to achieve the impossible and also […]

Naval was boarding the first flight out of Mumbai to Delhi. He was a frequent flyer, especially on this sector. Professional engagements required his traveling to Delhi regularly. He did not quite like the city, much less some of its people. But this cold February morning, he was flying on this sector after a gap […]

Seventy-one years ago, the Constitution of India came into force. While India attained Independence on August 14, 1947, it didn’t have a permanent constitution until 26th January, 1950. Prior to 1950, Indian laws were based on the Government of India Act – 1935, which was an Act of the Parliament of the United Kingdom and which happened to […] 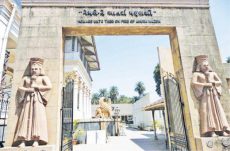 Shehrevar (Avestan Khshathra vairya) is the sixth month of the Zoroastrian calendar and represents Ahura Mazda’s ‘desirable dominion’. It is the Amesha Spenta or Archangel presiding over metals and minerals. Shehrevar’s qualities are strength and power and Shehrevar uses both these qualities righteously to bring peace and Ahura Mazda’s ‘desirable dominion’ in this world. Shehrevar, who is visualized as wearing a battle helmet and wielding […]