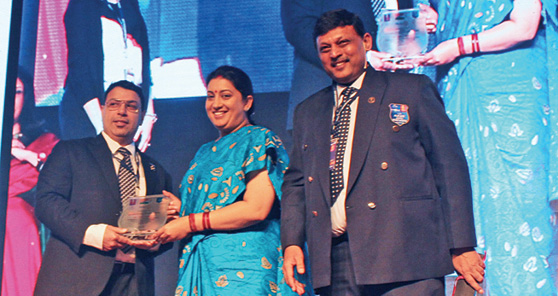 Ruby: Congratulations on winning the IIRSI gold medal for your expertise in Advanced Robotic Laser Cataract Surgery. How does the new CATALYS surgical laser system to remove the cataract differ from the one in use so far?
Dr. Cyres: Until recently, we had to enter the eye and then break up the cataract with ultrasound energy. This was called PHACO. Now CATALYS robotic system breaks up and liquefies the cataract without entering the eye. All we have to do then is enter the eye through 1 millimetre and suck out the contents which have been liquefied by the laser and inject in a lens and the procedure is over. This takes us as short as 45 seconds. Also, CATALYS is painless as nothing touches the eye and only light is used.

Ruby: What about the cost?
Dr. Cyres: This new method is about one and a half times costlier than the old one. In the new system we receive packs of consumables and the machines cost more. In India, most patients can still afford it. In fact, the cost of these operations is only one-fourth of what is charged in Germany and Singapore.

Ruby: Many time, eye-camps conducted by social organisations, especially in remote places for removal of cataracts, results in blindness due to the unhygienic conditions. What can be done about that?
Dr. Cyres: The Government is also aware of this problem. The only solution that has been followed in many instances, is to put the patients in a hired bus and take them to a base hospital (every district has one) where the operations are done under hygienic conditions. The only extra cost will be the bus fare.

Ruby: Every year, thousands of young medical grads are ready to start their careers as doctors. How should they go about it?
Dr. Cyres: After completing MBBS, they need to pursue Post-Graduation or Fellowship in an eye-institute or if they can afford it, go abroad. After that, they can join the eye-treatment department of a hospital and gain experience.

Ruby: India has the highest number of blind people in the world. But with increased awareness and Government’s progressive policies, do you foresee better eye-care for the masses? Do you foresee any break-through in eye-care? What are the chances of blind people regaining their sight, especially if the optic-nerve has been cut off?
Dr. Cyres: Certainly. Things are bound to improve. As time passes, I see great hope with discoveries, innovations, new technologies coming out with great frequency. Even where optic nerve has been cut-off and the person rendered totally blind, there are new discoveries in which a tiny camera is placed in the socket of the eye and from there a wire goes to a certain part of the brain and the person is able to see. But these discoveries are still to be perfected.

Ruby: How do you deal with annoying patients who have their own home-made, half-baked theories sourced from the internet?
Dr. Cyres: I deal with such patients with patience!

Ruby: Today’s women use numerous eye product like primer, highlighter, shimmer, lenses et al. Is this dangerous?
Dr. Cyres: It is fine as long as women use good, branded cosmetics which have been chemically tested and are hypo-allergenic. As long as contact-lenses are fitted correctly and removed in accordance with strict hygiene, it’s good.

Ruby: You have authored a book on Cataracts and Glaucoma which was easily understood even by a non-medical person like me. It’s unavailable now!
Dr. Cyres: It will go into its third edition very soon. I have to rewrite large chunks of the book due to the latest technological advances in my field.

Ruby: Your father is the famous eye-doctor, Keiki Mehta. What was his influence on you regarding your choice of career?
Dr. Cyres: Tremendous. Dr. Keiki Mehta is my father as well as my Guru.

Ruby: Would you like your two sons to carry on your father’s rich legacy?
Dr. Cyres: They are free to choose any field, as long as they are happy.

Ruby: Are you religious?
Dr. Cyres: Every surgeon believes in God.

Ruby: Do you have a motivational message for our youngsters who want to enter the medical profession?
Dr. Cyres: For youngsters of our community, I would say ‘start studying, and study hard’. Unfortunately, we don’t have reservations in Medical Colleges and how many Parsi parents can pay a capitation fee of Rupees Two Crores?