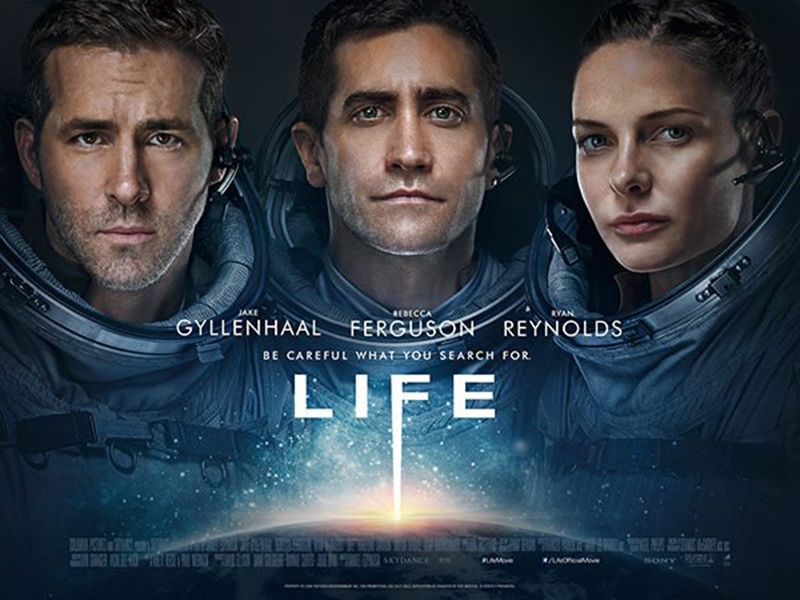 Two kinds of exploration have always intrigued and baffled humans: the mysteries of the deep (oceans) and the secrets of space. Director Daniel Espinosa has helmed this outer-space sci-fi horror thriller of six scientists and astronauts attempting to collect data from Mars.

It’s a motley group consisting of hot-headed technician Roy Adams (Ryan Reynolds), the strictly-play-by-rules scientist Dr. Miranda North (Rebecca Ferguson), sedate Dr. David Jordan (Jake Gyllenhaal), Japanese pilot Sho Kendo (Hiroyuki Sanada), British biologist Hugh Derry (Ariyon Bakare) and Russian Katerina (Olga) aboard the spacecraft along with the ubiquitous lab mouse. The six are at the international space station when Derry, while analysing soil samples brought by the probe, finds a tiny form of organism which grows to resemble a small jellyfish. In no time, the life-form assumes sinister life-threatening proportions as it ravages a couple of the astronauts, while being elusive.

The film starts on an unhurried note, but picks up pace as the humans and the mouse are savaged in quick succession by the first piece of evidence of life on Mars – the rapidly growing creature in terms of both size and monstrosity.

With little in similarity to Alien (1979), but having a few elements in common to Gravity (2013) – astronauts being stranded outside their spacecraft – ‘Life’ refers to a newly discovered alien life-form from neighbouring Mars, rather than life being snuffed out by the alien creature. The set design and the cinematography of the catastrophic and claustrophobic rover capsule deserve mention. The CGI of the now starfish-resembling and human-hating creature is also adeptly done. Actors Gyllenhaal, Ferguson and Sanada emote well, their limited screen presence notwithstanding. Also, the film is timed to release just a couple of months before Alien: Covenant.