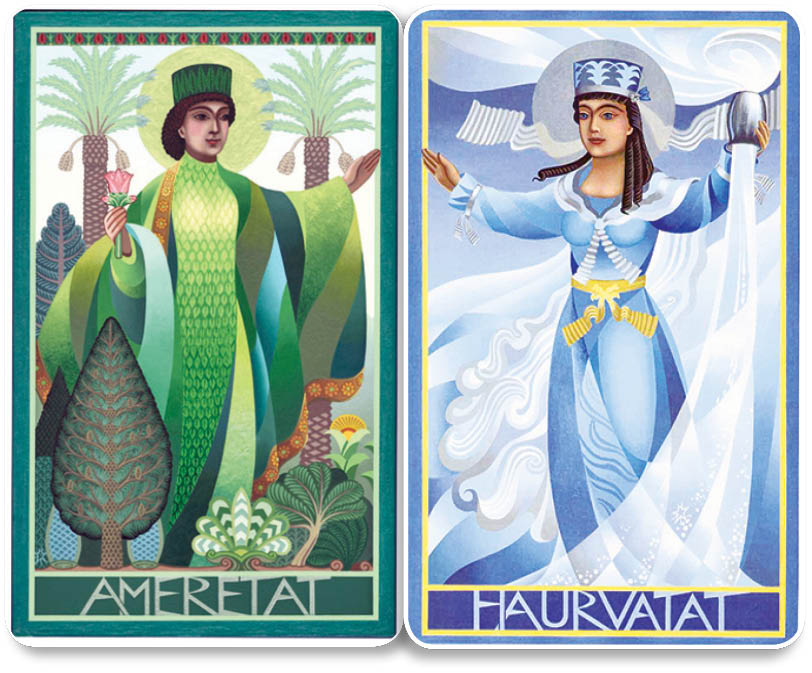 Parsi Times brings you our monthly ‘Religion Special: PT Parab Series’, by our religious scholar and cultural expert, the erudite Noshir Dadrawala. Every Month, we share with you a deeper understanding of the auspicious day of the month- The Parab- when the Mah (month) and the Roj (day) coincide. Here’s celebrating this month’s Parab – ‘Khordad’ which falls on 21st October, 2017.

Khordad is the third month of the Zoroastrian calendar and it ushers blessings of purity and perfection. Khordad or Avestan Haurvataat is not only an Amesha Spenta presiding over the purifying waters, it also embodies the quality of perfection. Khordaad and Ameredaad (Avestan Haurvataat and Ameretaat) are twin concepts representing the final goal of human life – Perfection & Immortality!

The Khordad Yasht also affirms that one who invokes the Holy name of Khordad would not only be protected against attacks from the forces of evil, but also smites them. This Yasht also lays great emphasis on chanting Avestan manthra in order to attain purity and perfection. However, what one prays must be matched equally with good actions. Every Zoroastrian is expected to adhere to the principle of Asha which embodies truth, righteousness and divine order and Khordad or purity and perfection can be attained only through Asha.

Zoroastrians believe that human beings find happiness or sorrow according to moral and ethical choices made at an individual level. A school of thought also emerged during Sassanian times postulating the theory that Ahura Mazda (God) is Totally Good and Very Powerful but not All Powerful or Omnipotent. Ahriman or the evil spirit is not a creation of Ahura Mazda and at the end of Time; the latter will be completely vanquished. According to this school of thought, Ahura Mazda cannot and should not be blamed or held responsible for death, disease, suffering or pain in this ‘yet not perfect world’.

Personally, I have read and re-read several scriptures and theological works. However, a convincing answer to the question, ‘Why do bad things happen to good people?’ continues to elude me. I am now reconciled to the common refrain that it is not for us to judge His Ways. One cannot change what happens. But, with grit and determination one can take charge of one’s response to what happens – often in shocking ways.

Scholarly debates whether God is Omnipotent or not, hardly interests me anymore. I am beginning to accept the fact that there is more than one theory on the origin of evil. Prophets like Zarathushtra, Moses, Jesus and Mohamed probably knew the answer. But what mystics experience in their moment of Truth cannot be expressed in words. In the very process of expressing the mystic experience, the true essence is lost. No wonder the Gatha (the mystic revelation received by Asho Zarathushtra) is so difficult to interpret. Noted scholar Stanley Insler calls it ‘a book of 7 seals’!

There is no way we can fathom the deep mysteries of this universe, including the origin, of evil with our very limited intellect. It is akin to measuring the Pacific Ocean with a six inch scale. I am content acknowledging that I do not know who inflicts evil and why. However, what I would like to know and help others to know is what one can or should do when evil strikes. Gautam Buddha had a great anecdote on this. When one is shot with an arrow, does one waste time finding out whether it was shot on purpose or by accident, by a king or a commoner, from the ground level or from horseback? The real and immediate need is to remove the affliction, pain and discomfort and not waste time on the unnecessary.

The conflict in a human mind is so much like this. Who caused the earthquake or the Tsunami and why? Why is my friend’s child born blind or deaf? My father does not smoke and yet why did he get afflicted with cancer or heart disease? A more objective response would be – we have been struck with a calamity. Why waste time in figuring out who caused it and why? Is that going to solve the problem? Instead, why not find out what one can do by way of a remedy or solution to the problem.

Between stimulus and response is space. In this space lies our freedom to choose our response – to either grow or wither away. There is an old adage, ‘When the going gets tough, the tough get going’. When something negative happens in your life, you cannot expect a positive change with a negative attitude. You win some battles and you lose some battles. The issue is not whether we win or lose. It’s how we fight or respond. The true reward of a well fought battle is not what you get at the end of it, but what you become at the end of it.

Rabbi Harold S. Kushner, author of numerous books including ‘Living a Life that Matters’ rightly says, “The question we should be asking is not, ‘why did this happen to me? What did I do to deserve this?’ That is really an unanswerable, pointless question. A better question would be ‘Now that this has happened to me, what am I going to do about it?’”

Martin Gray, a survivor of the Warsaw Ghetto and the Holocaust writes about the travails of his life in a book called ‘For Those I Loved’. He tells how, after the Holocaust, he rebuilt his life, became successful, married, and raised a family. Life seemed so good after the horrors of the concentration camp. Then one day, his wife and children were killed when a forest fire ravaged their home in the south of France. Gray was distraught, pushed almost to the breaking point by this added tragedy. People urged him to demand an inquiry into what caused the fire, but instead he chose to put his resources into a movement to protect nature from future fires.

He explained that an inquiry, an investigation, would focus only on the past, on issues of pain and sorrow and blame. He wanted to focus on the future. An inquiry would set him against other people – ‘Was someone negligent? Whose fault was it?’ – and being against other people, setting out to find a villain, accusing other people of being responsible for your misery, only makes a lonely person lonelier. Life, he concluded, has to be lived for something, not just against something.

Rabbi Kushner rightly advises, “We too need to get over the questions that focus on the past and on the pain – “why did this happen to me?” and ask instead the question which opens doors to the future: “Now that this has happened, what shall I do about it?”

May this holy month of Khordad help us all cultivate purity in our thoughts, words and deeds and lead us to perfecting our lives as best as we possibly can by walking on the path of Asha!