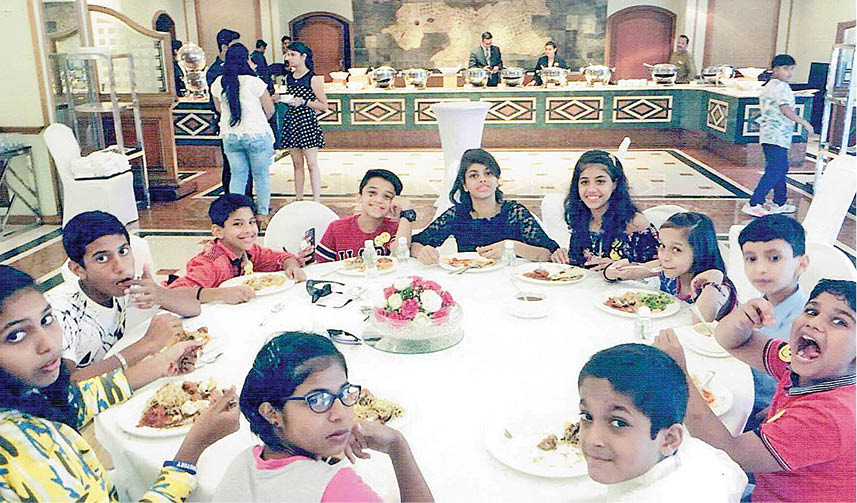 Every year, the Liaison Committee (part of BPP) organises its Summer Camp for children from financially weaker backgrounds. Conducted by Chetna Batty, this year’s Summer Camp was organised at the Cama Convalescent Home, Bandra, from 11th to 20th May, 2018 and saw fifty children attending it. The camp commenced with a medical check-up by Dr. Shroff (Cama Home) and in the days to follow, activities like chart making, cap painting and Origami brought out creativity in the children. Kashmira Khambatta held a session on sandwich making, while children enjoyed other activities like treasure hunts, honing their acting skills during skits and confidence participating in fashion shows, even as the

DJ night by Mehernosh Tantra had them dancing away!

Many generous donors contributed gifts and their time, making this camp extra special. Feroze Sethna’s flavoured syrups and cold drinks were refreshing, while Jeroo Nariman’s home-made brownies and biscuits from Surat’s Dotivalla bakery were relished by all. Zed Uniforms provided all children with colourful t-shirts with the camp-logo, which were merrily flaunted they at their outing to Della Adventure, courtesy Jimmy Mistry. A sumptuous lunch at Taj Land’s End and a hearty meal at McDonalds, as also a fun day sponsored by Kerafrid Damania, filled with swimming, zip lining and rain dance at Kalyani Resorts had the children delighted.

The camp concluded with children presented numerous useful gifts and items, followed by a jasan performed by Er. Freddy Khambatta. Through the camp, Nergish Mistry cooked all the meals for the children, gratis. The success of the camp can also be attributed to the active support of BPP Chairman Yazdi Desai, Anahita Desai, Arnavaz Mistry, Trustees of the Cama Home for providing free accommodation, and Sam Choksey and Bomi Dabhoiwalla for their continuous support.