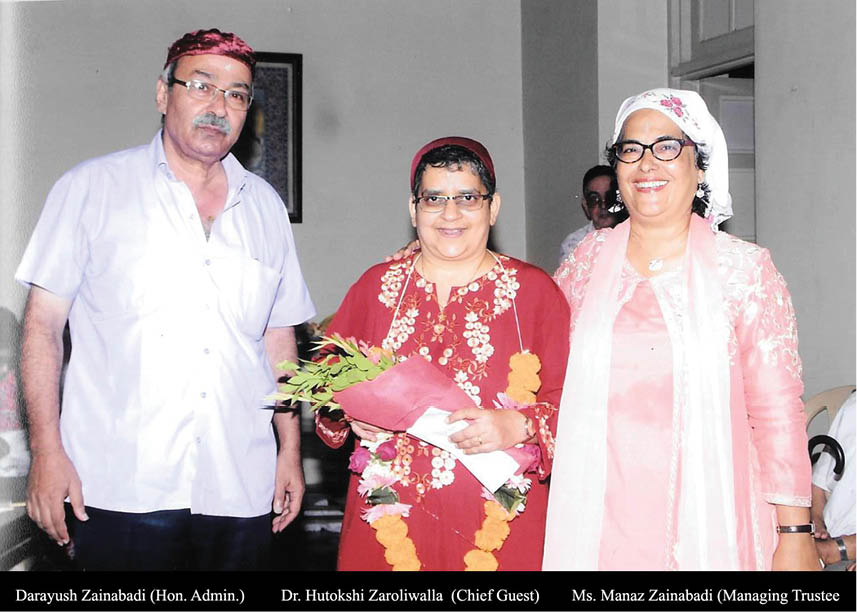 Jashn-e-Mehergan was celebrated by Sazeman-E-Jawanan-E-Zartoshty-E-Irani, on 2nd October, 2019 at the NM Petit Fasli Atash Kadeh Hall in Mumbai. The program commenced with a Jashan at 5:00 pm, followed by Humbandagi.

Darayush Zainabadi (Hon. Admin.) addressed the gathering in Persian about the significance of Mehergan. He also announced the date of the next Gambhar. Next Manaz Zainabadi (Managing Trustee) introduced the Chief Guest for the evening, Dr. Hutokshi Zaroliwalla, who went on explain the historical and geographical importance of this seasonal festival and its place in the Zoroastrian calendar, elucidating its religious aspects and describing the qualities of Meher Yazad, with quotes from the Avesta, explaining parts of the Meher Nyaish. The hall, which was packed to capacity, had the audience listening with keen attention.

This was followed by the felicitation of the dignitaries and distribution of chasni and dry fruit packets to all present. The audience returned home more enlightened about our glorious religion and extremely effective prayers. The Sazeman thanks the Iranian Zoroastrian Anjuman for their contribution, as also the Trustees of Fasli Atesh Kadeh for providing them the premises gratis for their functions.