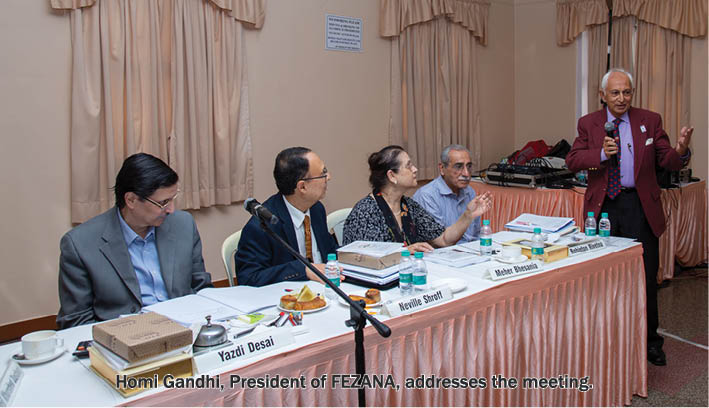 The meeting commenced with a Humbandagi led by Dasturji Khurshed Dastoor. Yazdi Desai’s welcome note was followed by a round of self-introductions given by all attendees. He stated the main aim of this initiative was to achieve harmony and to work together towards greater welfare and progress of our community. Thanking the generosity of philanthropist Neville Shroff, he spoke of the Global Council of Zoroastrians Trust (GCZT) which was established for the upliftment and wellbeing of Parsi/Irani Zarthoshtis and urged everyone to work through the differences and give a unanimous go-ahead for the same. Garnering many chuckles, Burjor Antia emphasized the need to get things rolling in 2020, just as in done in a T20 game, and not like a long, drawn out test match!

GWG’s Non-Executive Chair, Neville Shroff, addressed the meet by thanking the BPP for hosting the meet. He shared how GWG was the only group comprising leaders from all regions the world over and that its aim was the prosperity of the community, worldwide. He urged all to work in harmony towards this goal. In keeping with equal rights and respect towards all the attendees, he emphasized that no one region or federation would dominate the GWG based on resources or population; each was independent and should do what is best for the community in that region. He shared how the GCZT would work closely for the future wellbeing of the community. Shroff spoke of the increasing need for housing and caretaking of the community’s seniors. He was pleased at how the WZCC helped the youth and encouraged entrepreneurship and businesses and expressed a need for the youth to engage more an take up leadership roles to lead the community into greater glory. He said that a Trust needed to be formed to help and that Burjor Antia could provide legal advice and guidance on all queries about the trust deed.

Rohinton Rivetna spoke on the Code of Civil Conduct, appreciating how the GCZT was the global community coming together without borders. Dinshaw Tamboly next spoke about all the endeavors made towards uplifting and empowering mobeds, sharing how integral they are to our community.

Next, minutes of the meeting in Orlando in May 2019 were placed for approval by Chairman. Xerxes Dastur brought up an oversight in the literature and after a discussion it was decided to be looked into and sorted. Arzan Wadia, VP – FEZANA, shared the tremendous success of the previous WZYC in LA (USA) where the youth called for accommodating a change in the current outlook and archaic guidelines. He urged all to be supportive and spoke about the Return to Roots programme which he has been handling for years. 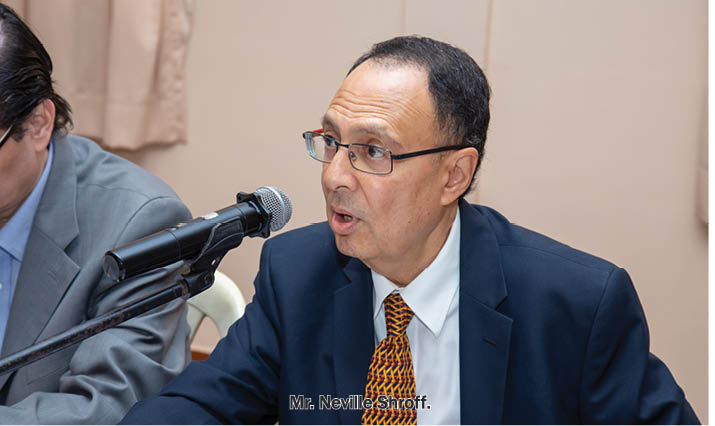 Farokh Rustomji, along with Edul Daver, spoke about the Zoroastrian Faculty Network (website: zoroastrianfacultynetwork.org and email: zoroastrianfacultynetwork@gmail.com) and its efforts with WZCC and GWG to empower students from the community to imbibe economic, cultural, intellectual value, and reinvest in the community. Astad Clubwalla announced that the next World Zoroastrian Congress would be held in New York. Edul Daver and Yazdi Tantra shared the global survey and spoke on Demographics; while Homi Gandhi addressed the topic of ‘Resettlement of Zarathushtis’ and of the need for an ‘International House for Zoroastrians visiting Mumbai from abroad. 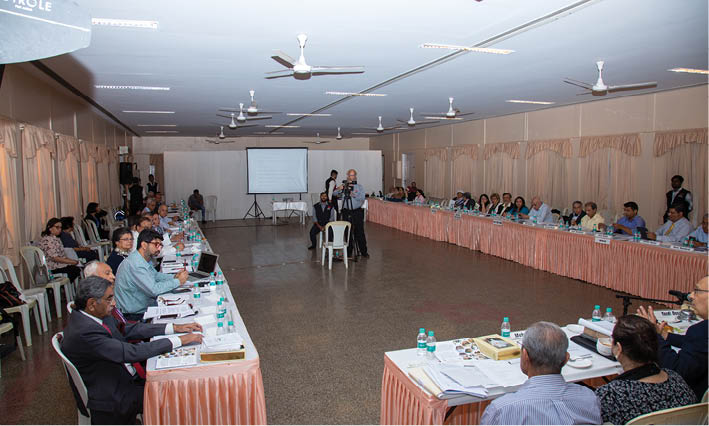 Kersy Bhesania expressed that he wished to see more Parsi youth join the IAS and military services. BPP Trustee Xerxes Dastur mentioned that the BPP’s ‘Holiday Programe for Youth’ invited Cmdr. Aspi Marker every year, who gave the youth information and guidance if they were interested in joining the defence services. Alayar Dabestani lamented how Irani Zarthoshtis who migrated to USA felt greatly disconnected over there. Homi Gandhi spoke on a resettlement program for Zarthoshtis who migrated to avoid feeling lost in a new environment. Dasturji Khurshed Dastoor spoke that the Dadar Athornan Madressa provided housing for 1 month for those interested in getting their sons ordained as Navar-Maratab.

Sharing a presentation on the GCZT, its architect, Burjor Antiasaid it was a great idea for the upliftment of the Parsi/Irani Zoroastrian residents of India, assuring that no religious activities would be indulged in by the trust but only social activities. 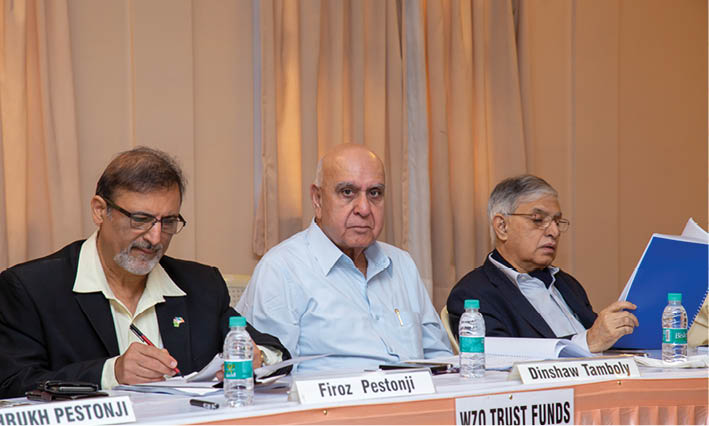 Meher Bhesania spoke of her book ‘My Golden Book on Zoroastrianism’ while Dorab Mistry spoke about the Remembrance Day Service held on 23rd March every year in UK.

During a discussion as regards the formal establishment of the GSZT (Global Council of Zoroastrian Trust), Dorab Mistry mentioned that though Neville Shroff, Rohinton Rivetna and he were the main founders, they had voluntarily pulled back as trustees because of some technical issues and were pushing for the project to go ahead. He proposed the formation of the GCZT which was seconded by Homi Gandhi.

Neville Shroff offered the vote of thanks.