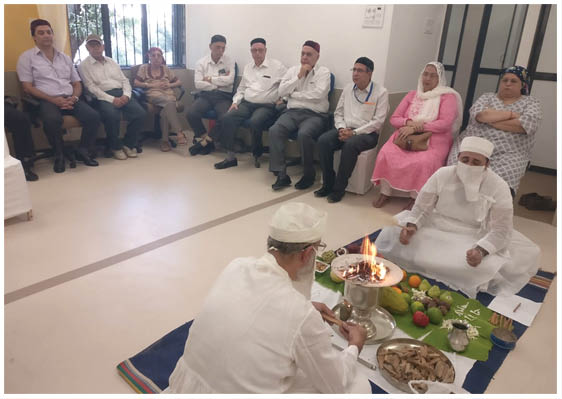 8th January, 2020 saw the achievement of yet another milestone in the new Masina Hospital success story, with the inauguration of a Parsi Ward, a new kitchen and dining hall, commencing with an auspicious Jashan and a thanksgiving function attended by prominent Parsi donors who have contributed towards the Hospital’s progress. The entire project was made possible through the munificent donations from the Zoroastrian Trust Funds of Hong Kong and Macau. Dilnavaz Davar, Neville Shroff and his gracious wife, Farida Shroff, inaugurated both facilities. The occasion was also graced by Masina’s donors including Dinshaw Tamboly, Aspi Darukhanawala, Rustom Mehta, Armaity Tirandaz, Scylla Vatcha and Armaity Namver Irani. The trustees of Masina Hospital – Dr. Burjor H. Antia, Homi Katgara and Jimmy Parakh were also present. 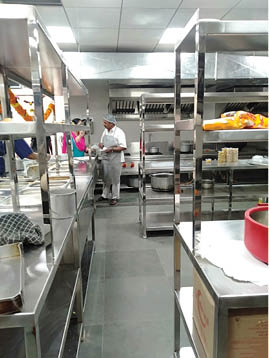 The exclusive ward for members of the Parsi community comprises a 15-bed, state-of-the-art air-conditioned ward, in keeping with the objectives of the Masina Hospital Trust. The unique feature of the Parsi Ward is the availability of centralised Oxygen supplies and lower bed to washroom ratio. The new kitchen, equipped with modern equipment and cold storage facility, offers healthy, individualized meals as per the diet plans and also caters to food requirements of the staff along with the cafeteria, which serves the general public. The spacious dining hall provides an ambience of relaxed dining for the staff. The function started with a Jashan conducted by Er. Darius Bajan, along with his father, Er. Parvez Bajan, who regularly conducts Jashans in the hospital. This was followed by a Hambandagi. The plaque for donation towards the dining hall and kitchen was unveiled by Neville Shroff in the presence of all the dignitaries. The dining hall ribbon cutting was by Dr. Burjor Antia and Dilnawaz Davar. The dignitaries were taken on a tour of the new facilities and were impressed with the standards of hygiene, cleanliness and the involvement of the dieticians and the staff. The Parsi Ward was then formally inaugurated by the unveiling of the donor plaque by Neville Shroff and the ribbon cutting  was done by Neville Shroff and trustees Homi Katgara and Dr. Burjor Antia.

In his thanksgiving speech, Managing Trustee of Masina Hospital, Homi Katgara thanked the donors for their contributions and their ever-increasing support for Masina. He acknowledged the efforts of the managing team of the Masina Hospital under the leadership of CEO Dr. Vispi H. Jokhi, who had completed the task in good time. He urged the community to support the hospital by patronising it and availing its services. The hospital also felicitated Guest of Honour, Dinshaw Tamboly. The function ended with a sumptuous, oil free, vegetarian, healthy meal.