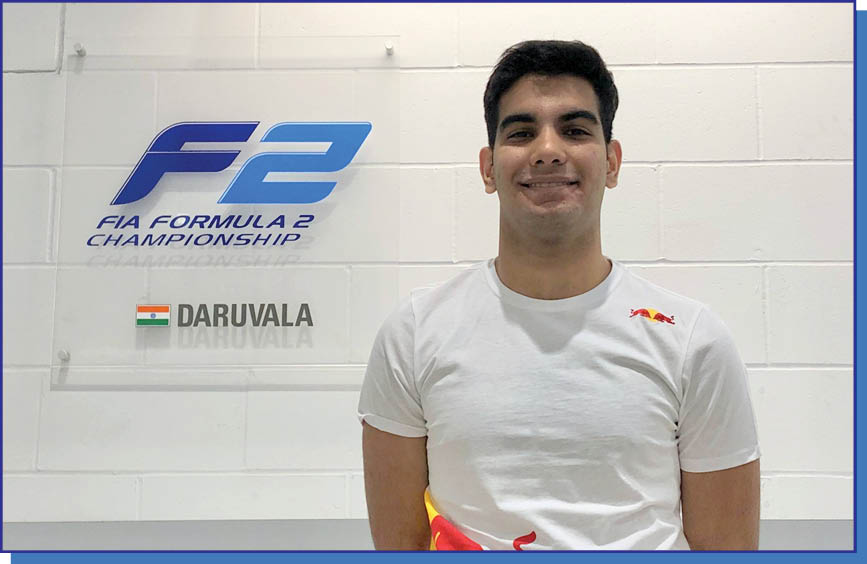 In a huge boost to Indian Motorsport – Red Bull Racing Formula One Team have signed Jehan Daruvala for their Red Bull Junior Program in the FIA Formula 2 Championship. Jehan will race for Carlin, alongside fellow Red Bull Junior Yuki Tsunoda, in his maiden F2 season.

The Red Bull Junior program has been instrumental in producing some of the world’s best F1 racers over the years including, four-time World F1 Champion – Sebastian Vettel, Max Verstappen, Daniel Ricciardo, Alex Albon, and many others. The selection into the Red Bull program is a huge recognition for Jehan, who has consistently performed well, culminating in a fantastic season last year where he finished 3rd in the FIA F3 championship. Importantly, in the last ten years, all Red Bull Racing F1 and AlphaTauri F1 (earlier Torro Rosso) racers have come from the Red Bull Junior Program.

“After an excellent year for me in FIA F3 in 2019, I hope to carry my form into my first year in F2 with the support of the Red Bull Junior Team and Carlin. There are many experienced F2 drivers and a number of strong rookies making it an exciting grid this year – I’m looking forward to the challenge!” said Jehan.

Jehan had started the season on a strong note with a victory in the first round. A second consecutive victory and more podiums saw him briefly lead the F3 championship around the halfway mark. He entered the last round at Sochi in Russia, but due to his car stalling, lost the runner up spot by a mere 1 point.

Jehan began his career with a stellar record in Karting, winning the National Title in 2010, followed by numerous international wins. He stepped up to Formula Racing in 2015, earning multiple podiums and doing the country and the community extremely proud, with his achievements. As an Indian, he has a number of ‘Firsts’ to his credit. Jehan is the only Indian to:

The 2020 FIA F2 season is going to be exciting for Indian Motorsport fans. The grid of 22 drivers has a mix of very experienced F2 drivers and some very fast rookies. The competitiveness of the series is seen from the fact that 13 of the 22 drivers are a part of the junior development program of F1 teams. It is the final frontier from where racers make their way into F1, driving at over 330 kmph on the same weekend as the F1 races.