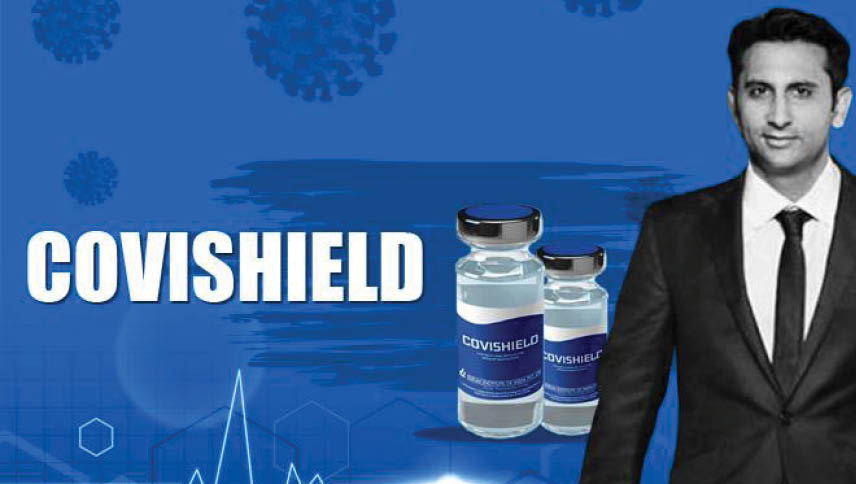 As per the latest news reports, Adar Poonawalla, CEO of the world’s largest vaccine manufacturer –  Serum Institute of India (SII), shared that the Oxford Coronavirus Vaccine, whose results of Phase I, II trials have appeared safe, will be called ‘Covishield’ in India. He said that SII has sought an official approval from the Drug Controller General of India (DCGI) for conducting Phase 3 trials of the Oxford coronavirus vaccine in India. If results turned positive, Poonawalla said, “By November, we hope to launch the vaccine if the trials are positive and if the DCGI blesses it and says it is safe…”

The vaccine under development would be administered to around five thousand volunteers across Covid Hotspots – Pune and Mumbai, as part of the crucial third phase of the trial which will determine the viability of introducing the vaccine in the market

Poonawalla said there were ample volunteers and that unlike the exclusion of seniors in the initial phase of trials at Oxford, the Indian trials will include elderly people and health workers as well, because the initial phase has conclusively proven the safety of the vaccine.

On 21st July, 2020, SII announced it would start trials of the COVID-19 vaccine candidate developed by Oxford University and AstraZeneca by end-August, on up to 5,000 Indian volunteers, after getting the necessary nods. “We are making this application within the next 48 hours to the DCGI’s office. They will probably take about 1-2 weeks on what kind of study and trial we will have to do,” Poonawalla said, speaking to CNBC-TV-18 news channel. It would take another three weeks to inject patients in hospitals, he said, adding, “We are talking about a month or month and a half maximum, from today… maybe even sooner.”

Pune-based Serum Institute of India, the largest vaccine manufacturer in the world, has been chosen by Oxford and its partner, AstraZeneca, to manufacture one billion doses of the vaccine once it gets ready. Adar Poonawalla has said they wish to price it below Rs. 1,000.

As per Adar Poonawalla, it is extremely likely that the COVID-19 vaccine would require two or more doses, like in the case of antidotes for measles and other diseases. As part of the special permission, the company will manufacture up to 70 million doses of the vaccine per month, up to October, and then scale it up to 100 million per month by December, so that it is ready to hit the market, once the final approvals are in place.

Alongside these processes, SII will be applying for special permission to start manufacturing the vaccine in India. This exposes it to a commercial risk, should the vaccine fails at the last stage. “If you look at the process right now, the risk of the op-ex (operating expenditure) which we are putting in is more than USD 200 million. If this vaccine fails, we will be down (by) USD 200 million,” said Poonawalla, adding that the expenses exclude the opportunity cost of using the same facility for some other purpose.

The interim results from the ongoing first and second trial phase, led by Oxford University, showed that the vaccine generated robust immune responses against the SARS-CoV-2 virus in all evaluated participants, AstraZeneca said in a statement. A coronavirus vaccine developed by the Oxford University appears safe and induces a strong immune response within the body, scientists announced on 20th July, 202, after the first phase of promising human trials against the deadly disease that has infected over 1.45 crore people and claimed over six lakh lives globally. The promising COVID-19 vaccine was developed by the scientists of the Jenner Institute (Oxford University) and British-Swedish pharma firm, AstraZeneca has been given the license to mass-produce the potential vaccine. The UK drug giant has teamed up with SII to manufacturer 1 billion doses of the vaccine candidate developed by the University of Oxford.