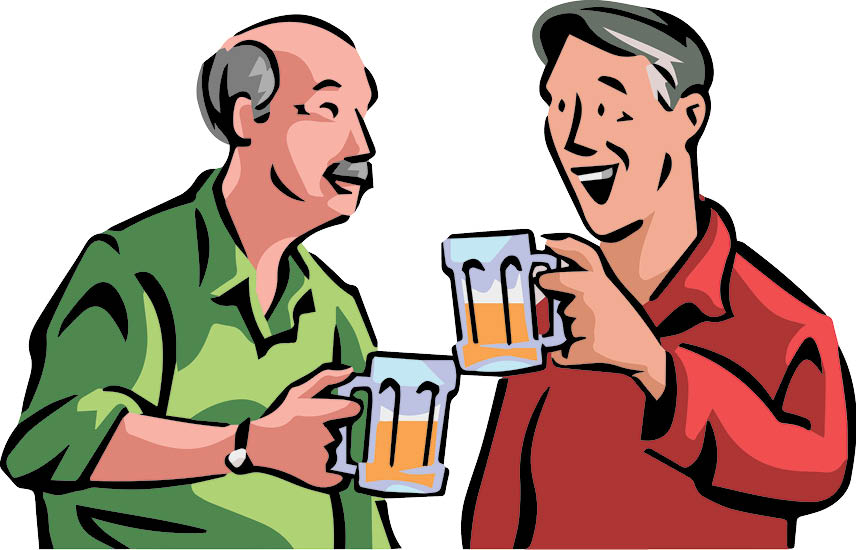 I have been blessed with a very good memory, so good that I often wish I could forget much, for a number of those memories have been peppered generously by ghotalas, chabardas and more embarrassing faux pas than I care to remember. Recounting all would fill up a tome but here are few incidents I committed sans malice in blunder land.

It was Inspection Day at my school and the whole class was on its best behavior, looking smart in crisp, starched uniforms. The Inspector, a staunch nationalist and a freedom-fighter to boot, entered class to the sing-song ‘Gooood morning sirrr’. He acknowledged the greetings grumpily and asked, “Can anyone tell me what is the difference between the British rule and our current freedom and independence?” Seeing me grinning from ear to ear, he pointed out to me, “Yes, you boy, on the last bench.” I stood up and answered, “Sir, my papa says, now we have prohibition, rationing, shortages and prices have gone up sky high. Thank you, sir.” The principal turned crimson, my teacher shuffled her feet trying to look as invisible as a person of 83 kg possibly could. The Inspector left in a huff. I don’t know why but this 83 kg teacher left the school, gave up teaching completely and took to baby-sitting dogs for working couples. She says it is stress free and the dogs cannot speak. Very early indeed did I take to putting my foot in my mouth… 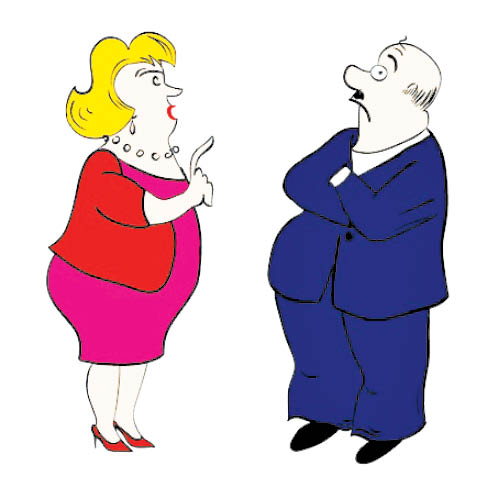 In college I took French as my second language. My French professor was a pretty lady, tall and elegant with a suitable French-like name, Mademoiselle Lala. We were studying the French classic, ‘Tartarin de Tarascon’ by Alphonse Daudet. One day, Miss Lala was late for class. I went in front of the class and announced, “Mes enfants, today we will study our great classic, ‘Tehmulji de Tarapore’ By Edul Dadiseth. Oooooh la la! It will be fun!” And there she was, Mlle. Lala, standing right behind me. Being very refined and sophisticated she took it in good humour. I crawled back to my seat and Mlle. Professeur said, “Darab, please enlighten the class with the conjugation in the past historic tense of the verb ‘s’asseoir’ – to sit down.” That put me in my place. She taught me French well, but I did not learn from her not to put my number nine foot in my big mouth.

On my sojourns abroad, I have a penchant for speaking French and other European languages, however badly. In Brussels, my wife and I were sitting in a bistro.  I called the serveuse – a pretty, young waitress.  “Mademoiselle, s’il te plaît,” and she came immediately – “Oui monsieur!” I ordered, “un croquet monsieur (a ham and cheese sandwich) pour moi et un burger pour madame.” “Anytheeng else Monsieur?” she asked in English but I continued in my text book French, “Non, mon amie, c’est tout.”

I wanted to correct her that it was not ‘trey jolly’ but très jolie meaning ‘very pretty’ and not ‘ma chair’ but  ‘ma chère’ meaning ‘my dear’. On second thought, my correction would make matters worse, so I kept a stiff upper lip.

It took me a while to pacify the fury of the scorned woman. To make the matters worse, the next day I spoke my Gujarati accented French to the girl at the dark chocolate shop! The sales-girls giggled. The thermometer went down by a couple of degrees again.

One cannot miss eating waffles in Brussels. There is a waffle place right next to the landmark statue of a boy relieving himself called Manneken Pis. I ordered a couple of waffles and started talking to the sales-girl about why such a monument was installed. She giggled and went into a long, historic explanation about Manneken Pis in French, that I could barely understand. The temperature reached freezing point. For putting my inquisitive foot in my mouth regarding the origin of the ‘Peeing Boy’, I had to buy Rati a pair of shoes she’d been ogling, a purse and scarves that she wanted to gift her cronies. That put her in a somewhat better mood but my foo-in-mouth syndrome cost me many Euros!

Aadarjee Adenwalla was a wealthy widower and a family friend. Bubbling with joie de vivre, he loved the good things in life and lived well. I hadn’t seen him in a couple of years. We met at a friend’s wedding. I was nursing my third drink when I saw him in pagri, dagli and all. We met cordially, chatting like long lost uncle and nephew and all was absolurely tickity-boo till I noticed Aadarjee’s son, Cowsee sitting at a distance from us having a tête-à-tête with a slim, tall, beautiful fatakri. “Aare wah! Tamaro Cowsee kahre punyo? Great choice that chupa Rustom has, eh!” Aaderjee turned beet-red, almost apoplectic. Very fortunately, my sister who had just joined us, squeezed my arm and said, “Aare Rati is looking frantically for you near the band.”

I hurried to search for my Rati who thinks (of course mistakenly) that I am a bit of a Casanova and might be flirting elsewhere. My sister followed me and explained my faux pas. The pretty fatakri was Cowsee’s brand new step-mom, 37 years younger than Aadarjee who had just remarried! I’d done it again! It’s chronic!

About a month ago, I was enjoying my sundowner and nibbling on sev-ganthia and salted kaju. The tinkling of the ice-cubes, the reflection of light on the amber fluid in a crystal glass, the rich aroma a 25-year-old, ‘cup o’ kindness’, as the poet Burns put it, and the rich woody taste with a touch of smokiness, can put any man in a poetic mood. Ah! what a blessing is a good Scotch in these days of social distancing and lockouts. It’s liquid nirvana! My Rati too was relaxed with a glass of white wine.

I said, “nothing relaxes you like a good Scotch when the eve is cool. I love it!” Rattie butted in saying, “My brother Framroze loves it too, very much.” Then, looking at me she quipped, “But he does not drink daily.”  “No,” I interjected thoughtlessly, “He drinks only when it is someone else’s Scotch; never out of his own money. At our club he is known as the freeloading Fram. Ha ha!”

That did it! Battle lines were drawn, hostilities were declared, diplomatic relations were severed. This was not a faux pas – it was a marital suicide, and it is going to cost me a bomb to save to save my marriage otherwise bahar-nu-bhonu bandhvu parse. And Rati is a Good cook.

I was reminded, too late of course, of the platitudinous lines we used to write in autograph books, “Words once spoken and eggs once broken can never be repaired!”