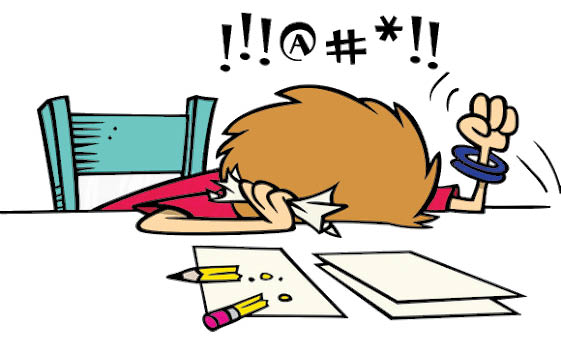 Cussing, swearing or letting a profanity trip out of your mouth is looked down as socially unacceptable forms of interaction. Raised eyebrows and a distasteful shake of the head from the opposite party in utter disdain cannot be deemed a largely catastrophizing response. But, in general, attitudinal surveys have shown that both men and women tend to cuss, but one tends to judge women’s swearing much more harshly. Swearing is generally regarded as lazy language or an abusive lapse in civility.

Now swear words have a great many functions and uses. They are used for emphasis, for expressing utter angst or grief, even pain and joy. It is used for comic effect; or used as a technique to translate the boring into the graphic, the bland into the spicy. It may be a shared linguistic tool that can stretch the envelope of imagination and verbal tirade, to the next level.

Viewed as a method to guise a completely lacking vocabulary, it is oft used by the timid to mask their weakness or the strong to bask in their strength. The funny thing about cursing is that it can sometimes strengthen social bonds and even maintain relationships, while at others, can cause great offence, umbrage and shock. There are words used that can be emotionally electrifying and others that can comatose you into a state of unnerving familiarity. We can express utter horror, disdain or just frustration through the utterance of a simple four-letter word and you may be amazed at the plethora of thoughts, emotions and feelings that a simple word can convey.

Ask any Parsi and he could probably write a thesis on the same. Now whether you hail from the English speaking part of the world or some other remote corner, there have been swear words floating about from the inception of time and perhaps even before any formal language was ever used! For many the use of obscene language isn’t just a sign of boorish behavior, but a common assumption that people swear mainly because they lack civility, vocabulary, education or even intelligence to express oneself articulately.

‘Profanity is the common crutch of the conversational cripple’. In simple words, when language fails, we curse. But now it seems this is a form of cultural stereotype and a form of linguistic snobbery to naturally presume a link between swearing and intelligence. Now research claims that ‘fluency is fluency’, regardless of linguistic content. And psychologists have even found that an individual’s fluency in English language was actually linked to fluency in swearing! (Could that be the reason why Parsis are so damned fluent in English!?) In other words, swearing may actually be a sign of greater intellect, not less, and a more robust vocabulary! Scientists have gone a step further and have now ascertained, “People who are good at producing language are good at producing profanities as well!” and it’s not because they don’t have language – it’s because they have a whole toolbox full of words!

Now as Parsis, we’ve secretly always known just what these scientists are talking about. Our language is nothing but a woven litany of swearing interspersed with a scant smattering of words and vocabulary just reasonably enough to suffice our need to communicate in a language we can call our own… stringing along whole sentences with only swear words. And yet, the person to whom the conversation is addressed, I assure you, would not only  share and understand the context, nuance and associated feelings completely, but almost  as easily, as those spoken in any other known language from any part of the globe.

Our Parsi culture values, honours and respects highly – an idea hardly ever mirrored in the way we speak – with potty-mouths, normally flying loose every opportunity they get or don’t… Where our language, rife with colour 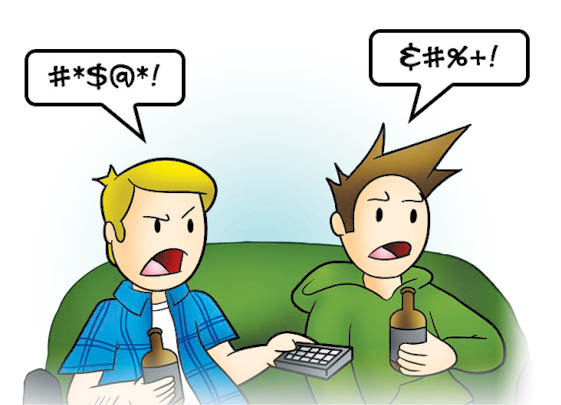 and our tongues sordidly creative in ways to shock, yet somehow so perfectly skilled to impart the right emphasis or insult without undue offence! Scientifically speaking, studies have shown that swearing actually helps relieve stress, additionally dulls the sensations of pain and panic, and fosters camaraderie especially among peers.

Have you ever watched the final playoffs of a Manchester v/s Arsenal match closeted with a room full of Bawas, all vying for the team of their choice, for the better part of an evening? This will certainly throw light to the point I am making.  While it’s just another evening of social fun and raucous conversation, the communication is so uniquely Parsi that to anyone who is not, it would be wildly outrageous and a completely unacceptable form of behaviour.  Every emotion is communicated in a language so uniquely flavoured and peppered with the cussing, that after a while you may almost start believing that it’s a skill-set rather than a disadvantage!

The effects of cursing are physical as well as mental. A recent study in Psychology of Sport and Exercise found that letting out a few choice words during a workout can actually make you stronger. Psychologists also think that humans have partly developed taboo language as an emotional release valve, thus evolving a very efficient and worthy way of venting our emotions and thoughts to convey them in a precise and contrite manner to others. If this one is to be believed then we can theorize about Parsis and safely say – we are all in excellent physical and mental form. And all that cussing and yelling could well be the secret to our longevity.

Another recent study has proven that while swearing may well be less savory, people who cuss a lot often lie a lot less, and have a higher degree of integrity. Since there is a positive link between profanity and honesty, cursing was associated with less deception on an interpersonal level, and higher levels of integrity overall. So, us Parsis have a lot to be proud of there too. Since the two are directly proportional to one another, we can safely and surely believe ourselves to be the most honest set of people that ever walked the planet earth!