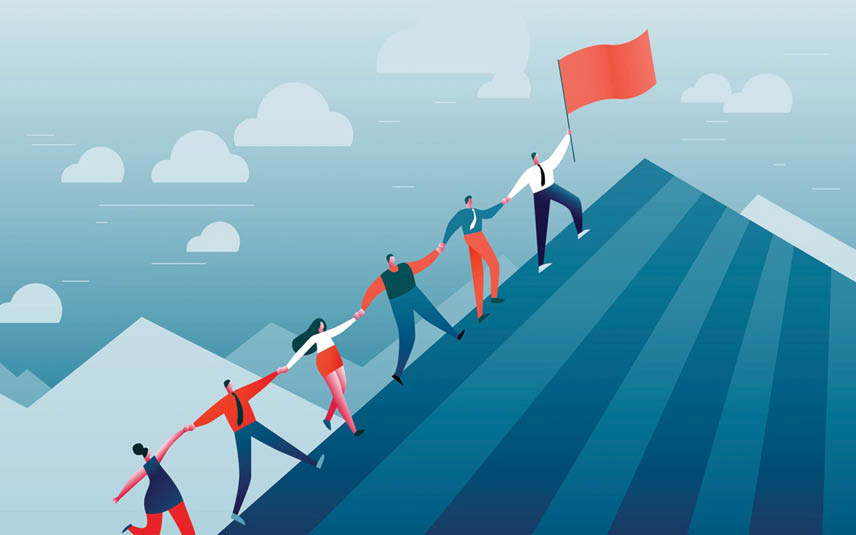 “Fire is the test of gold; adversity, of strong men.”

Never is strong leadership more needed than in a crisis. To say that the more than three and a half centuries old Bombay Parsi Punchayet is presently in a crisis would be an understatement. It is riddled with needless controversies and avoidable litigations. Often mountains are made of a mole-hill, thanks to vindictiveness and cussedness on the part of some of the trustees (past and present) of this hallowed institution or their cronies outside it.

Indeed, how much more creatively, effectively and harmoniously this Board could function if it decides not to adopt a confrontational attitude! Almost every trustee is labeled, some more derogatorily than others. It’s time for our leaders to rise above petty prejudices and look at leaders having differing ideologies with a modicum of respect and understanding.

Infosys’ N R Narayana Murthy’s belief, “A leader is an agent of change, and progress is about change”, echoes Robert F Kennedy’s famous quote – “Progress is a nice word; but change is its motivator.” Unfortunately, in our so-called ‘enlightened’ community the word, ‘change’ is a dirty word! Let me clarify that I use the term ‘change’ in the ‘socio-economic’ and not in the ‘religious’ context. Sadly, change spells anathema to some of our leaders. However, some policies do require rethinking, keeping in mind, first – the regulatory laws; second – the objects of the trust; and finally – some stark financial realities…

Were the Baugs built for the rich or the poor and deserving? Can any and all these apartments be auctioned or sold or is there a middle path where only premium flats are sold selectively on a case-to-case basis, keeping in mind financial challenges? Is housing a community entitlement? How are other communities, particularly minority communities addressing housing, educational, medical and its other needs?

At every election, prospective candidates talk about group medical insurance and transparency and accountability and accessibility. Why are promises made only to be broken? It is sad and frustrating to see myself approving who can be given permission to repair his or her apartment during the unlocking phase, rather than discussing major repairs of entire buildings and properties or re-development, where the possibility exists.

Are trustees supposed to be ‘managers’ or function as a ‘governing board’? Forget management, the Board loves ‘micro managing’! Naturally, because that is easier and keeps your voters happy. During the 2015 elections, one fellow Parsi told me, “When my roof was leaking or the sewage pipe had burst, trustee XYZ was on the spot!” I countered, “Isn’t there an estate department with really senior and experienced people to ‘manage’ this?”. But my argument cut no ice with the starry-eyed voter.

As a trustee, I have come to realize that ‘Leadership’ is about raising the aspirations of the people we serve and enthusing them with a desire to reach for the stars. It is about creating a worthy dream and helping people achieve it. Robert Kennedy summed up leadership best when he said, “Others see things as they are and wonder why; I see them as they are not and say why not?”

But, to think outside the box takes courage and while those with a political bent of mind will have an eye on the next election, it’s only statesmen who will have a eye on the next generation and think in terms of what lasting legacy to leave for them.

A leader has to raise the confidence of the people he serves. He should make them understand that tough times are part of life and that they will come out better at the end of it. He has to sustain their hope, and their energy levels to handle difficult times. In any organization the leader has to create hope. He has to create a plausible vision for a better future for the organization and everyone should be able to see the rainbow and catch a part of it. However, this requires creating trust in people. And to create trust, the leader has to subscribe to a value system: a protocol for behavior that enhances the confidence, commitment and enthusiasm of the people.

Leaders have to walk the talk and demonstrate their commitment to a value system. Mahatma Gandhi said, “We must become the change we want to see in the world.” Trust and confidence can only exist where there is a premium on transparency and accountability. The leader has to create an environment where every stake-holder of the BPP, from the poorest beneficiary to the junior-most employee feels secure enough to be able to disclose his or her mistakes, and resolves to improve.

The BPP is a PUBLIC Charitable Trust and all its records including accounts should be freely available for inspection to any and every stake-holder. I have always believed that if your linen is clean, hang it out to dry in the sun for the entire world to see.

My practice sees me advising numerous charities and I am part of the Boards of some of the biggest trusts, both in India and abroad. However, what I observe and experience in the BPP Board Room (and now on Zoom calls) makes me squirm. The infighting has reached a nadir. Most meetings are unproductive and some even counter-productive!

I do wish things could be better. However, I would indeed be failing in my duty if at this point of time I do not thank some of my critics, both within and without the BPP, for making me stronger and even more resolute than ever before. Fortunately, the challenges I face at the BPP have helped make me better and not bitter. When I see standards fall, I tell myself, “I must make sure, I keep my standards high.” When I see acrimony all around, I tell myself that I must be the instrument of peace. Most attempts at brokering peace have failed. But, try we must.

Honour and shame from no conditions rise,

Act well your part; There all honour lies!

5th December 2020, BPP, By Noshir H. Dadrawala, Do Challenges Make Us Better or Bitter, for the better, I must make sure, keep standards high, Mumbai, News, Parsi Times, the instrument of peace, Volume 10-Issue 34, Zoroastrians