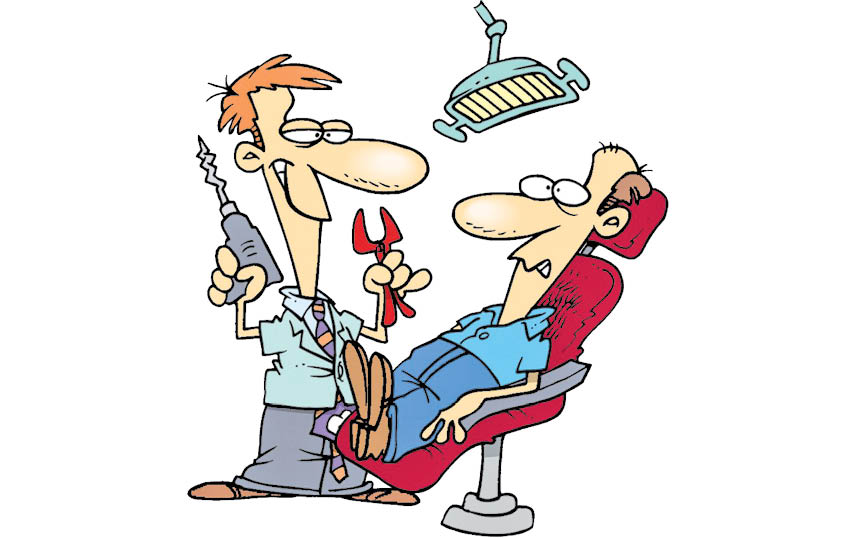 Meherbai’s Mandli was like one big happy family who were always there for each other – in good times and bad. Whenever a Mandli-member had a problem, Meherbai would hold a meeting and sort out that problem. She was a mother-figure and almost everyone in her Parsi colony reached out to her for counselling, since she was a wise, old woman – a sort of life-coach to others.

Meherbai and Meherwanji were sitting hand in hand, silently, on one of the colony benches after their morning walk, when she received an SOS from Vikaji Vaghmaru, who had a sudden toothache in his molar and was miserable. He requested Meherbai to hold a dental-meeting at her residence, where he would put the problem before the members and take suggestions and guidance and then decide the best course of action.

Meherbai immediately swing in action and got the Mandli to meet at her residence at an appointed time. Khadhri Farida of Rustom Baug wanted to know if the meeting would be over, lunch, dinner or snacks. She also wanted to know if she could bring along her boy-friend, Soli Sales-Tax.

“Vikaji is in such agony and all you can think of is food? Just come!” said Meherbai. And so, the meeting commenced with Vikaji asking – which dentist would be most suitable! He remembered his grandma’s Chinese dentist, around 1950, who had charged her Rs. 50/- for her dentures. His granny called it ‘daylight robbery’ and the dentist – a chor – prompting the poor Chinaman to gave her a discount of Rs.10/- . Unfortunately, the dentist was fed up with Parsi women’s Khit-Pit and returned to China.

The Mandli warned Vikaji that today’s dentists fill up just one tiny cavity but make a bigger cavity in your wallet!

Vicaji: I’ll bargain with the doctor.

Freny Fatakri: Oh, hello! He’s a dentist – not your bhaji-tarkari-wala!

Viloo Vajradanti: There was also a Dr. Antia above Akbarally’s on Veer Nariman Road – such a good soul! But my all-time favourite was Dr. Umrigar opposite Strand cinema, whose hand was light as a feather and he kept TIME and NEWSWEEK magazines in his waiting room with cool A/c and soft piped music. I would make it a point to go much before the appointed time to read and relax.

Keki Colgate: No one to beat my chess partner – the late Dr. Aspi Surveyor who was soft spoken and gentle in dentistry but very aggressive in Chess! He always check-mated me in game after game while his late wife, Nergish, made hot cups of coffee for us at their Colaba residence.

Kety Kanjoos: I did some window-shopping for the cheapest dentist in town and went to someone I don’t want to mention. His long beard was all over my face and his arm-pits were stinking so bad – I could not bear it any longer, so I excused myself, pretending to visit the loo and never returned. Of course,I sent his fees for the turn!

Alamai Eienstein: He must be deliberately never washing his arm-pits so they stink – that way, he saves on anaesthesia! One whiff from his fuverdi-bagal and the patient faints. My old dentist, Dr. Kapadia, at Fort, always exuded Yardley Lavender after-shave.

Kolamai-Cavity: Yes, I remember another dentist, Dr. Rusi Bam who practiced at Borivali and was very good and jovial. He had a large number of patients, mostly staying in Western suburbs of Mumbai. I met him last year on a senior citizens trip to Panchgani and he made us laugh with his jokes. His sweet wife Ruby is a Homeopath and his son, an eye-doctor.

Alamai Eienstein: Oh mai re! Then they must be having a big problem in their house! Each time the phone rings and someone asks: May I speak to Dr. Bam? They must be asking: “Which Dr. Bam?”

Vikaji: I want the cheapest dentist in town!

Alamai Eienstein: Then go to Dr. Burjorji Bun-Pao. He puts all his 200 kilos of weight on your tooth and is so clumsy and heavy-handed, that I call him Burjorji – the Butcher!

Meherbai: But tell me, Vikaji, why do you always hanker after a cheap dentist? You must ask for a good dentist! These days dentistry is not cheap, to set-up a dental clinic costs a bomb! Also, the materials used by today’s dentists are very advanced and expensive! You are not poor and should go for the best!

Dinoo Dentures: Go to one of those state-of-the-art latest dental clinics with a host of dental-specialists who all dress-up to look like astronauts in their bleach-white outfits, white shoes, aprons and face-masks!

Meherbai: Yes! Yes! My old friend Dr. Porus Turner has a very good one at Kemp’s corner. His son and daughter, also dentists, practice there but I prefer to go only to Porus who is like a father figure to other dentists and whose healing-hands have a lighter-than-a feather touch. I have known him since many years once he invited me to judge a May Queen Beauty Contest at Rustom Baug.

Vikaji: He is that old??

Meherbai: But like old wine, he gets better by the year. Remember, the older the violin, the sweeter the music!

Vikaji: But I would like to shop around a bit more before I zero-in on a dentist. I understand that there is one tribal dentist who sits on the foot-path opposite VT station. After he does your teeth, he tells your fortune through his parrot who picks out a card for you. He also cleans your ear-wax and gives you some jadi-booti for virility!

Vikaji: I am so scared and nervous! Even the problems in my life are like a mouthful of overcrowded teeth!

Meherbai: Don’t worry Vikaji, I’ll pray that your problems are like an old man’s teeth – few and far apart! I’ll also send Meherwanji with you for moral support.

Vikaji: What if the dentist, by mistake, takes out the wrong tooth from the right man?

Meherwanji: Or worse – what if the dentist takes out the right tooth from the wrong man? Meaning me!!

Meherbai: Come on, you two! This happens only in a Laurel and Hardy film. I’m fixing an appointment for you Vikaji, and my Meherwan will come with you. The end!

Vikaji: No! I still want to window-shop a bit more. There’s this dentist on Chinchpokli Bridge footpath who is also a tantrik. He fills up cavities with Fevicol and charges Rs. 10/- (Rs.5/- for Fevicol and Rs.5/- for his effort)

Alamai Eienstein: Bawa, if you don’t want our advice, this dental meeting is over – tamuney jyaa javoo hoi tyaa window-shopping karva jao. We are all going home. I think you have changed more dentists than Liz Taylor has changed husbands!!

The Mandli parted after Kisi-Koti, Take-care and God Bless while Vikaji Vaghmaru went for some more window-shopping for his painful tooth!