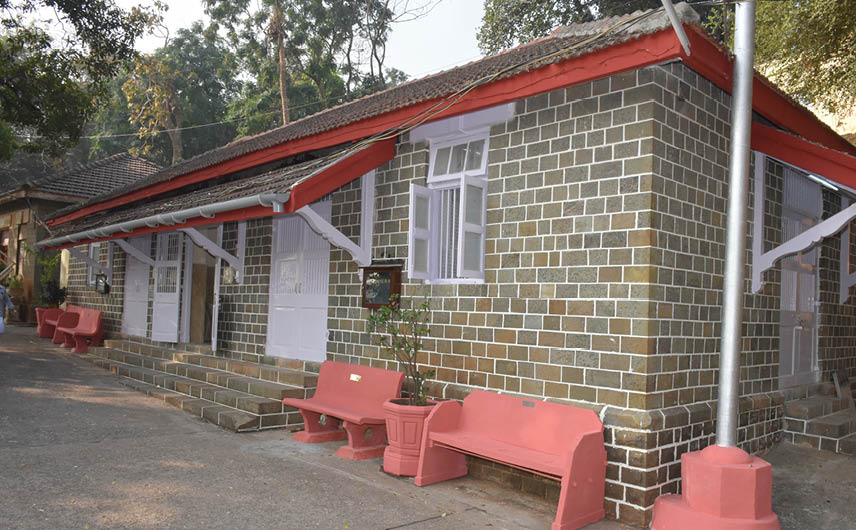 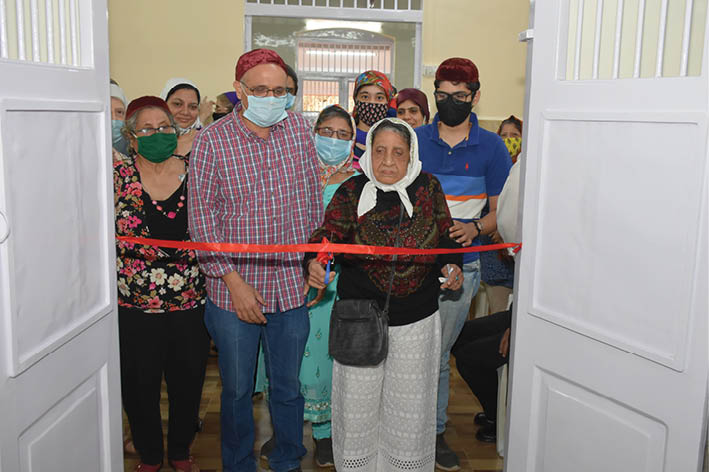 31st January, 2021 (Roj Farvardin – Mah Shehrevar) commemorated the auspicious re-opening of the newly renovated, century-old Bai Dhunbai M. Tarachand Bungli (Lower Bungli No. 3 and 4), at the sacred Doongerwadi in South Mumbai. This was made possible by generous donor, Soonu Buhariwalla, who magnanimously stepped forward and donated towards the much-needed revamping of the Bungli, thus ensuring that the last rites of departed souls of our community are done with dignity and their grieving family members can bid adieu, in some physical comfort.

The inauguration took place in the morning in the presence of BPP Trustees – Chairperson Armaity Tirandaz, Kersi Randeria, Viraf Mehta and Xerxes Dastur.

A Jashan ceremony was performed by Er. Darius Bajan, priest of the Sagri at Doongerwadi and his son – Er. Yazad Bajan. The dynamic Dy. CEO of BPP, Shehnaaz Khambatta gave a warm welcome to all the invitees. Post the Jashan, CEO-WAPIZ, community service stalwart and BPP Trustee candidate – Anahita Desai introduced donor Soonu Buhariwalla to those present, in praise, saying she is “a living embodiment of the saying, ‘Parsi Thy Name is Charity’. She has donated more than Rs. 2 crores to various charities. She even donated her bungalow in Khardi to the organisation Ahura Support, which works with differently-abled persons.” In addition to providing the generous donation, Soonu Buhariwalla also took an active interest in providing inputs in all aspects of the renovations, as she wanted to ensure that good comfort would be provided to the grieving families.

Explaining how the idea of donating towards the renovation of the Bunglis was suggested to Soonu Buhariwalla by her close friends – Karyesh and Sherry Patel, who have also been of great service to community members in need, Anahita added, “She deliberately chose to direct the funds towards the renovation of the Tarachand Bungli, which is one of the lower bunglis, as that is where most of the poor from our community, come to perform the last rites of their dear departed.” 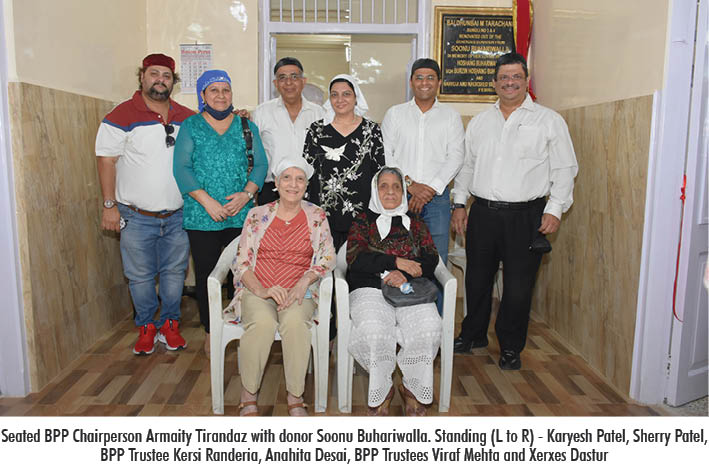 Having unfortunately lost her husband last year in July, Soonu Buhariwalla has since been greatly involved in doing charitable work, in his memory. Paying a glowing tribute to her husband, the late Hoshang Buhariwalla, she touchingly shared, “He never hesitated to help the needy. He would always advice that at least 1% of your salary should be given to the poor. He has always guided and protected me and I pray that even in my next life, I should get the same husband but not so much money, because I have found that many people try to cheat you when you have money.” She concluded on a melodious note with the rendition of the famous Hindi song (from the film – Dus Lakh), ‘garibo ki suno, woh tumhari sunega, tum ek paise doge, woh dus lakh dega’.

The excellent renovation, which comprised tiling, painting, roof and bathroom work, was executed in a record time of a month by Khushru H. Sukhadia, who was also felicitated for his selfless work. Known for his attention to detail, he even did the outside grouting work on the stone façade on his own initiative, as well placing a beautiful border of red rose petals around the ‘paavis’ with 33 lit diyas representing the 33 Farishtas. Speaking on the occasion, he said, “I feel blessed to have been able to work on this project which we accomplished in a little over a month.”

As always, Vistaspar Cavas Mehta, the Manager of Doongarwadi and his entire team were most helpful during the process of renovation.

BPP Chairperson Armaity Tirandaz lauded Soonu Buhariwalla for her generous nature and spirit. She marvelled at the genesis of the Dakhmas and Bunglis at Doongerwadi, including the Tarachand Bungli which was built in 1921, and was a century old!

Soonu Buhariwalla’s family and friends proudly applauded as she unveiled the plaque that honoured her contribution, in the loving memory of her husband Hoshang and son Burzin. She was presented with a floral bouquet and a memento. The occasion ended with a the serving of refreshments to all the invitees.