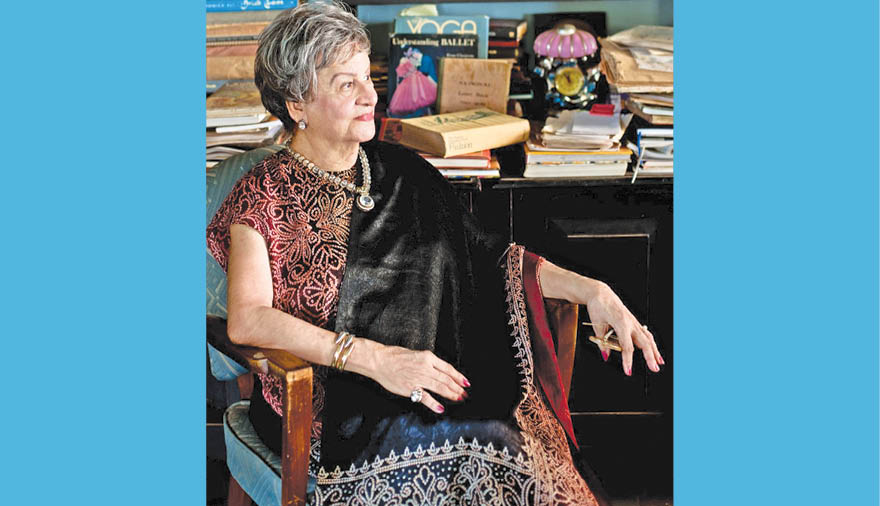 Jeannie Naoroji, considered by many as the architect or the first lady of contemporary Indian fashion, passed away in Mumbai, on 3rd October, 2021, at the age of 96, leaving behind a staggering legacy. Fashion choreographer and mentor to innumerable yesteryear models and supermodels from the 1960’s – 1980’s, Naoroji bowed out of the industry in the 90s, due to ill health. She had suffered a stroke three years ago.

She received a host of tributes as her fraternity celebrated her illustrious journey as a fashion visionary. Author, writer and former model who worked closely with Naoroji, Shobhaa De, shared, in the leading fashion magazine, Vogue, “Jeannie understood fashion, lighting, music, choreography and pure theatre! Her shows were dramatic super productions that made stars out of ‘Jeannie’s Girls’, as we were called.” As per former model, Anna Bredmeyer, Naoroji’s work needs to surely be chronicled.

Naoroji came into the spotlight when fashion shows were still hosted by textile mills to showcase their latest fabrics. She worked closely with Bombay Dyeing, Calico Mills, and India’s very first fashion boutique – Burlingtons – putting together Indian and global events. Naoroji was a trained ballet dancer, known for her penchant for drama and creating India’s first crop of supermodels. When international designers like Pierre Cardin entered the Indian markets in the 1980s, they turned to Naoroji to orchestrate their fashion shows.

Naoroji’s body of work became a reference point for fashion shows. Bollywood fashion designer, Neeta Lulla started her career as an assistant to Naoroji and expressed how she brought flair to Indian fashion, as her shows at the Taj Mumbai or on luxury cruise ships docked in the port were an Indian novelty! She was a close advisor to Satya Paul too.

Anaita Shroff Adajania, who was the launch fashion director of Vogue India shot Naoroji for the August 2009 issue, which was dedicated to the Indian supers. “As the pioneer of runway shows she discovered and made the careers of so many of India’s top models, and the issue would have been incomplete without her. She brought love, professionalism and her own distinct style to fashion presentations in India and set the bar high for all that followed in her illustrious stylish footsteps.”

Naoroji’s funeral was a private affair held on 4th October, 2021. She is survived by her son Nadish and daughter Nadina.