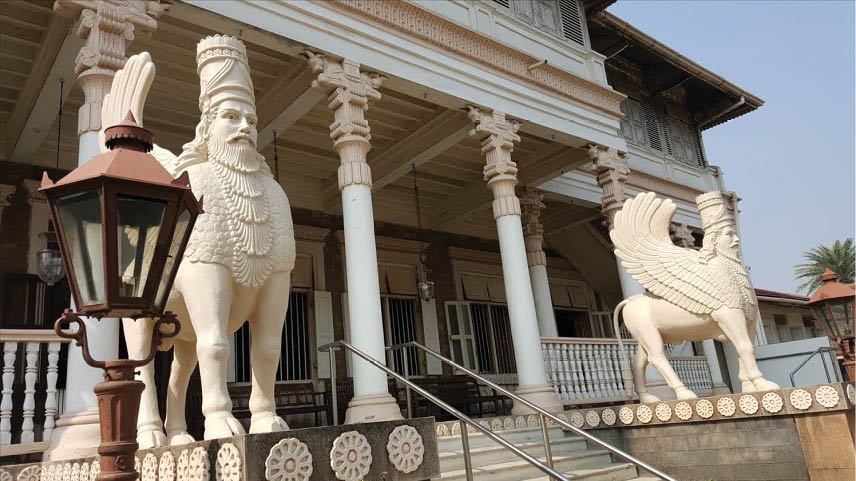 The main building where Iranshah is enthroned has been through extensive repairs and renovation. The Holy Fire, which had earlier been shifted to the adjoining building within the same complex, will now be ceremonially shifted back to the renovated building, but not before thoroughly purifying the renovated building, both – physically and ritually.

Centuries ago, the Holy Fire of Iranshah was consecrated at Sanjan in South Gujarat, when our sagacious forefathers migrated from Iran to India in order to escape Arab persecution, after the fall of the Sasanian Empire, in 651 A.D.  However, before this consecrated Holy Fire can be re-enthroned in the renovated building, the chamber or the sanctum sanctorum in the Fire Temple, where Iranshah will be ceremonially re-enthroned, must be duly re-consecrated.

Dr. Sir. Jivanji J Modi, in his book, ‘The Religious Ceremonies And Customs Of The Parsees’, explains that consecration is the act or ceremony of separating something from a common to a sacred use, or of devoting and dedicating something to the service and worship of God, through certain rites or solemnities.

The consecration ceremony lasts for three days and it must be performed before the final day of re-enthronement. It involves performance of the Yasna (Ijashne) and Vendidad ceremonies in honour of Sraosha Yazata.

On the day fixed for re-enthronement after the final consecration-recital of the Yasna, the Sacred Fire is ceremonially taken to the consecrated chamber or the sanctum sanctorum with all dignity and solemnity. The procession is headed by the head-priest and other priests who may have officiated at the various ceremonies of the consecration. Some bear swords and some the Gurz or maces in their hands.

Once the Holy Fire is re-enthroned, the officiating priest prays the Atash Nyaish or Litany to the Fire and a Jashan ceremony is performed in the main hall of the building.

The term Yasna, of which Yazashna or Ijashne are later formed, is derived from the Avesta term – ‘Yaz’ (Sanskrit Yaj), which means to invoke, to worship or to praise. The term is similar to Sanskrit Yajna or Yagna meaning sacrifice.

The Ijashne ceremony is performed in the morning and requires the recital of the Seventy-two chapters, or Haa, of the Yasna.

The significance of the Yasna or Ijashne ceremony is to restore Asha or the Divine Order of things. The Encyclopedia Iranica summarizes the aim of the Yasna ceremony as, “the maintenance of the cosmic integrity of the good creation of Ahura Mazdā.”

The ceremony culminates in the Apæ Zaothra or ‘offering to the waters’ thereby ritually strengthening water which is the source of life on planet earth.

The Vendidad ceremony is also among the rituals necessary for consecrating the sanctum sanctorum.

This ceremony is performed after midnight, during the Ushahin Gah (Twelve midnight to thirty-six minutes before sunrise). It is performed without a break for six to seven hours. It requires a lot of mental and physical stamina on the part of the performing priest. The ceremony involves not just recitation of the Vendidad text, but also the Yasna (Ijashne) and Visperad, which are also intertwined in the course of the ceremony.

Performed after midnight, when the forces of darkness and evil are at their peak, the Vendidad ritual is aimed at destroying these negative forces.

May Iranshah’s Blessings continue to be showered on one and all with the same, if not greater intensity, after the re-consecration of the sanctum sanctorum and re-enthronement in the renovated building!