In India, Kharif crops are grown with the onset of monsoon and harvested during September-October. The month of October celebrates a rich and varied harvest of Indo-Iranian autumn festivals, including Mehregan and Dussehra. 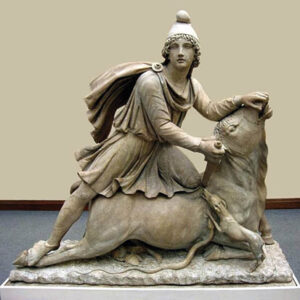 October 2, 2022 is Roj Meher of Mah Meher as per the Fasal (Fasli) or seasonal calendar. Mehregan celebrates Meher Yazata, the Divinity of light (sunlight) which dispels darkness and ushers life. In Avesta, Meher Yazata is referred to as Mithra – the Divinity presiding over oaths, promises, contracts, bonds, friendship and love. In other words, Mithra is the divine embodiment of integrity, just as Ardibehest is the divine embodiment of truth. Incidentally, it is currently the month of Ardibehest as per the Shahenshahi calendar.

Since ancient times, this auspicious day is celebrated as Jashn-e-Meher or the feast Mehregan. The spring equinox festival of Jamshedi Navruz and the autumn equinox festival of Mehregan have been celebrated since the time the Achaemenian kings, Darius the Great and Xerxes the Great, ruled over Iran and twenty-two other nations, over two and half millennia ago. This festival continues to be observed in Iran with much enthusiasm.

According to legend, on this auspicious day, the legendary King Shah Faredoon defeated Zohak and enchained or confined him to Mount Damavand. Thus, Mehergan also celebrates the triumph of good over evil and light dispelling darkness.

Mithra: The Romans were so inspired with Mithra (Mithras to the Greeks) that Mithraism was practiced as a religion between the 1st and 4th century AD. Mithra temples in underground caves, featured a relief of Mithras stabbing a bull. Many scholars believe this is related to cosmic astronomy, where the bull represents the constellation of Taurus. Some believe that the bull represents earth. Let us not forget that in the Holy Gatha, Geush Urva or the oppressed soul of the earth laments before Ahura Mazda in the form of a cow.

Mithra – The Lord Of Harvest: In the Roman cult of Mithraism it was believed that when Mithra stabbed the bull it grew wheat and when red blood dripped out, it grew red grapes. The stabbing of the bull (symbolising earth) by Mithra is symbolic of ploughing and as a consequence of ploughing and sunlight, the earth reaping wheat. With wheat we make bread to eat and nourish our body and with red grapes we make wine to drink and nourish our spirit.

Iranians enjoy their bread and wine at every festival, especially during the harvest season of Mehergan. The Romans also worshipped Mithra with bread and wine. Even at the Last Supper Jesus Christ offers to his disciples, bread which was symbolic of his flesh and wine which was symbolic of his blood. A common subtle thread of symbolism binds Zoroastrianism, Mithraism and Christianity.

Nine Nights Of Festivity: In India, the Navratri (literally meaning nine nights) festival is being observed with full gusto since 26th September 2022. During this festival, Goddess Durga is worshiped with prayers, rituals, dance and music. The nine nights’ celebration will culminate with the festival of Dussehra on 5th October, 2022.

The term Dussehra is derived from two words ‘Dus’ meaning ten and ‘Hara’ meaning defeat, symbolizing the slaying of the ten-headed demon king Ravana by Lord Rama, the seventh incarnation of Lord Vishnu. It is also celebrated to commemorate the victory of Goddess Durga over the buffalo demon Mahishasura. Dussehra celebrates the victory of good over evil, a concept that every Zoroastrian resonates with. What’s more, the defeat of the ten-headed Ravana by Lord Rama would also find a relatively similar echo in the story of the defeat of Zohak or Azi dahak – the demon epitomizing ten evils of this world, by Shah Faredoon.

Ravana, the demon king, was an ardent devotee of Shiva and highly learned – tutored by Brahma (the creator). As part of his education, to be a good king, Ravana was asked to get rid of his ten vices – Anger, Pride, Jealousy, Gluttony, Negativity, Fear, Selfishness, Lust, Ambition and Vanity. However, Ravana argued that as a Rakshasha King he had the right to be angry at times, be arrogant about his stupendous achievements, jealousy was a natural emotion and thus, he justified the ten vices. The ten vices of Ravana find an almost mirror reflection in the ten vices that Zohak epitomized

Commonality Between Zohak And Ravana: There is much in common between Zohak (Azi dahak) and Ravana. Both were initially good, very intelligent and knowledgeable, but ego, greed, pride and vanity led to their downfall. According to the Shahnameh (the book of kings authored by Firdousi Tusi) it was Iblis (Satan) who came to Zohak in the form of a chef and started feeding him flesh food. Delighted with the daily culinary delights, he wished to reward the chef, who asked that he be allowed to kiss Zohak on both his shoulders. Zohak agreed and the moment the chef kissed him on both shoulders, two serpents like creatures sprung up and tormented Zohak day and night. Soon, Iblis returned in the form of a Hakim (doctor) and told Zohak that the only way to pacify these creatures would be by offering them the brain of a young man every day. And, thus began the slaughter of innocent, young men every day.

Ultimately, like Lord Rama, Shah Faridoon was successful in overthrowing Zohak. Under the guidance of Sarosh Yazata, Faridoon did not kill Zohak, instead he tied the evil one to Mount Damavand. According to legend, Zohak – the living embodiment of evil is still chained to that great spiritual mountain, Damavand. It is said every night when the forces of evil gain strength the chains weaken. However, at the crack of dawn when the rooster crows and the sun rises, the chains are again secured and the evil one is rendered powerless.

This is an important truth of Nature wrapped in an easy-to understand legend. We pray in the ‘Afreen-i-haft Ameshaspandan’: “Hamazor Daemavand koh ke dravand Bivarasp andar oye basta ested” or be in accord/attuned with Daemavand Koh (mountain) (which has the power and) to which is enchained the demon – Bivarasp, the demon (with power) of ten thousand horses.

The effigy of Ravana is burnt once a year by devotees to symbolize the defeat of evil. However, Nature, through the light and energy of that great fire-ball in the sky which we call as the sun, symbolically defeats Zohak and the forces of darkness and evil every single day with the cleansing and life giving light of Meher Yazata or Mithra!