Calling all our readers to caption this picture! The wittiest caption will win a fabulous prize! Send in your captions at editor@parsi-times.com by 22nd July, 2020. WINNER: Birds to bunny: We won’t stop twittering till you agree that Trump gave Twitter a bad name! By Viraf Commissariat (Shelton, CT – USA)

The Parsi community is said to be the richest amongst the minorities, not only in India but in the entire world. From nearly a lakh in 1941, our population has dropped to sixty-one thousand in 2011 in India, and despite being just one to over twenty-one thousand Indians, we have been pioneers in banking, industry, […]

Happy New-Year!! Greetings to all my Kadmi readers with prayers for the year ahead to bring in news of joy and togetherness, defeating the virus and healing the world. When the lockdown was announced at the time of our Jamshedi Navroz, how many of us would have thought that we would all be in a […]

Mumbai’s Urmaze Naterwalla has just authored a textbook titled ‘Machining Solutions – The Art & Science of Metal Cutting’. His sole mission for many years has always been to help people do better in their manufacturing careers and/or help someone identify a career path in Manufacturing and Machining. Engineering students and practitioners of the Engineering […]

A good number of the Zoroastrian population in Perth partook of a well organised Jashan and Ghambar on the 5th of July, 2020. At least a hundred humdins attended the Dae Mahino Jashan ceremony, which was to take place earlier but was delayed due to the pandemic restrictions.  With the Australian government recently relaxing the […] 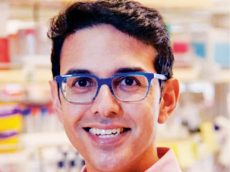 Last week, Neville Sanjana, an Assistant Professor in the Department of Biology at New York University (NYU) and at NYU’s School of Medicine, was awarded the prestigious ‘Presidential Early Career Award for Scientists and Engineers’ (PECASE), as announced by the White House. These awards identify outstanding scientists and engineers who will broadly advance science and […] 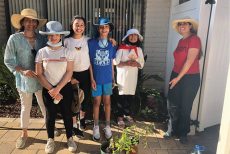 On July 4th, 2020, the Zoroastrian Association of California (ZAC) held an outdoor event – a day of cultivating vegetable plants at the ZAC Center – organized by our ZAC Youth coordinator – Dr. Armaiti May, along with Marina Batliwalla and her children – Avamehr, Rasha, and Rishad; Armaiti’s mother – Dhun May; Vista – an invitee […]

Since we are following the mandatory social distancing and places of worship are closed, we are offering an opportunity for our humdins to participate in the Muktad prayers through Zoom (digital platform) from their own homes.  Some people may not be in favor of performing ceremonies over Zoom but we have to do our best in the given circumstances. Hence, considering […]