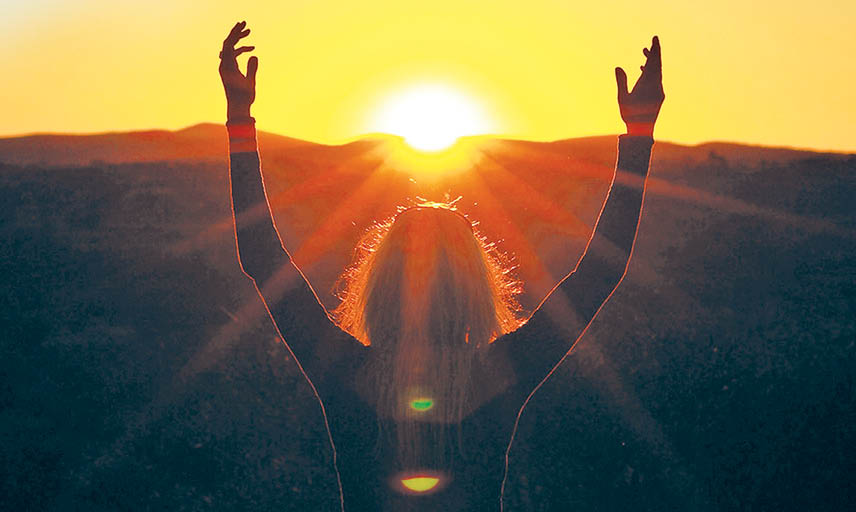 All civilizations, including tribal communities, have worshipped the sun as an essential force of nature and source of life. The sun’s disappearance at night and its rising again in the morning symbolises death and rebirth. The sun is either worshipped as a personified, life-giving deity or as a symbol. Sun symbols are often shown by use of the wheel, disc or circle, sometimes with radiating rays. Sometimes the sun is associated with an eye. To the Aztecs, the rising sun was symbolised by the eagle. These symbols are also worn as jewellery for healing purposes, as the sun helps us stay in sync with nature’s rhythm.

In Norse mythology, Sunna, a sun goddess, rides a horse-drawn solar chariot. Abraxas, Apollo and Helios from Greek mythology also drive sun-chariots pulled by four horses –  symbolic of the four seasons. Ancient Egyptians worshipped Ra, the sun God. In Persia, Mithra was the God of light and wisdom. In Christian iconography, the sun rising in the East symbolises resurrection. These sun symbols represent the intellect, the universal spirit, all-seeing divinity, intuitive knowledge, enlightenment and illumination. For the Zia people of New Mexico, a red circle with four groups of four rays pointing in four directions symbolises the sun. Variants of multiple petals and rotations called Arevakhach are used in Armenia. In some cultures, four or eight-spoked wheels represent the sun.

Sun worship has been universal in all religions and cultures through the ages. It is a form of meditation that elevates your spiritual consciousness to higher levels, more than any other form of yoga or meditation. You can get started right away, without putting in years and years of training and practice. Using the sun and its vast cosmic energies, one can change, arrange, reduce, remove, balance and organise the chemical, bio-electric and bio-magnetic powers found in each of us. The sun’s energy can harmonise bio-electro-magnetic powers in all living beings. It purifies the mind, the body and the soul. Sun-gazing during sunrise and sunset is a kind of Yogic experience which incorporates gratitude towards God.

Drawings of the sun are found through the ages on parchments, tablets, metal-plates and pre-historic caves and surprisingly, the Egyptian and Babylonian symbol is same for God and the sun. The Sun-God was known in ancient Egypt as AMON-RA, similar sounding to Ahura. The Upanishads of Hinduism call the Sun ‘God’s Eye’ which sees everything and knows everything (Antaryami). Atlantis civilization worshipped the sun as the sacred element of fire and as the son of God. Does Athro Putro Ahura Mazda in Zorastrianism sound familiar?

When the Atlantis civilization reached its lowest spiritual depth, it was submerged through the sacred element of water. In the Mayan, Aztec and Mu civilizations, sun worship was prevalent. The sun is also mentioned in the secret medieval religious-mysticism as also in free-masonry, Rosicrucian works and Theosophy. Thus cultures, civilizations and religions are born and they die, but the sun is eternally worshipped, right from the unchronicled pre-historic times till today’s era of the so-called smart and clever human-beings.

By sun gazing and spending time out-doors without sunscreen products rubbed on your skin, you get health benefits. The irony is that you won’t hear about these benefits on TV commercials, because it is free and no corporation can gain anything out of selling sunlight! Sun-gazing is a super drug that cures several physical and mental diseases. It’s available without a prescription to every human being. It’s a gift to humanity from God.

The sun is a star and the planets revolve around it in a certain geometrical order. Whatever stars we see in the night are really suns – millions of them bigger than our sun and all with their own planets revolving around them. The agni that is contained in all living beings is a miniscule amount of the agni in the sun. It’s God’s biggest creation for it sustains all life in the universe.