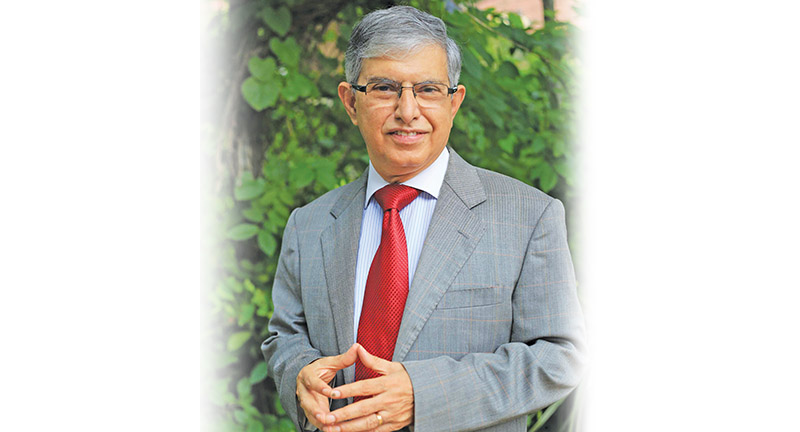 Media and marketing veteran, and Chairman and MD of leading Advertising and PR agency, Madison World, Sam Balsara, was felicitated with the Hallmark Award for his great contributions to the Industry, at exchange4media’s Media ACE Awards, 2017, held in Mumbai, on September 25, 2017. With 45 years of experience in marketing, advertising and media, Bulsara currently heads Madison World, a Rs. 37 Billion+ company, employing over 1,000 communication experts with offices in India, Sri Lanka and Thailand, and comprising 26 units across specialisations in Advertising, PR, Media, Business Analytics, Activation Events, etc.

Speaking candidly with Parsi Times about his felicitation, Sam Balsara said, “Winning an award is always a good thing but when you’ve been in the industry for as long as I have, I guess one doesn’t tend to get overly elated over recognitions.” As regards, a few words of advice for the Parsi youth aiming to make a career in the media, he added, “To those looking to join the Industry, I would like to say that there’s no better place to be than India right now – it’s one of the hottest destinations; and there’s no better industry than the media industry because India is an under-advertised economy and the advertising market is sure to grow by leaps and bounds over the next few decades.”

Recognised as one of the most influential personalities in the media and marketing domain, Balsara is known in the Community as one of the driving forces behind the ‘Jiyo Parsi’ scheme. He is also the recipient of the Advertising Agencies Association of India’s ‘Lifetime Achievement’ Award and the Ad Club of Kolkata’s ‘Hall of Fame’ Award, in addition to having served the Industry in numerous capacities including President of the Advertising Club Bombay; Chairman of Advertising Standards Council of India; President of Advertising Agencies Association of India (AAAI), Chairman of AAAI Awards; and Member of Board of Governors of Advertising Standards Council
of India.