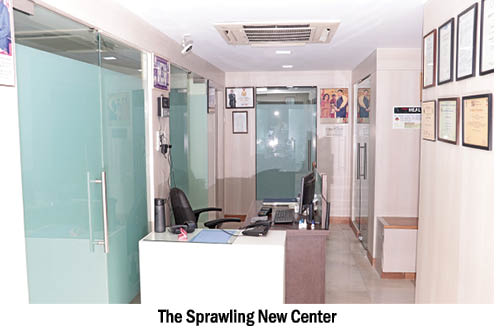 The leading eye specialist of the nation who has won global accolades and stands out as one of the tallest feathers in our Community’s cap, the dynamic Dr. Cyres Mehta, is no stranger to progress. Like most self-motivated greats, he started his private practice in 2009 in a little 300 sq ft room near old Strand Cinema (Colaba, South Bombay). He’s come a long way after that… as of last week, he has relocated into a huge, posh 2000 sq ft premise on the same floor as his existing clinic, behind the Taj Mahal hotel on Mandlik Road.

“It was getting a bit too cramped. Also, I have acquired lots of new technologically advanced, state-of-the-art equipment, so I needed the room.”

So, we ask the good doctor to show us around his spanking new Clinic, and are thrilled to share with you what we discovered… Dr. Cyres, well known for his passion for high-tech and fast motorcycles, has acquired some new professional gems that reinforce his stand as India’s leading Eye-doc…

Explains Dr. Cyres, “Normally we need to do an angiography in diabetic retinopathy to see leakages as well in vein occlusions or age related macular degeneration. This dye is injected through a hand vein and sometime the patient reacts to the dye and vomiting and fainting is rather common. It’s dangerous to inject dye sometimes in patients who have bad kidneys or are very old.

This new system does the same angio and detects the membrane without any injection! It does 100,000 scans/second, at incredible speed and can actually detect the movement of individual blood cells in the capillaries. We can track the progress of macular degeneration patents during treatment without an  injection and actually see the size of the membrane. Also, this system can detect glaucoma upto 3-4 years before conventional field testing!”

“Glaucoma affects 5-7 per cent of the population,” explains Dr. Cyres, as we look on. “Until now, besides eye-drops, invasive surgery in the operating room was the only option. Surgery can have side effects like poor vision and bleeding. Eye-drops have side effects like drowsiness, irritation, breathing difficulty, redness and pricking.

For years, a laser treatment of glaucoma called ALT existed but was not effective. Now, for THE FIRST TIME in INDIA, Dr. Cyres has brought in a new NANO SLT Laser – this system is totally non-invasive and lowers the pressure by 5-8 points in just one 2-minute sitting! Since it is non-invasive, the patient can even go and swim or catch a movie immediately after the treatment!

The Premier Glaucoma Center of Europe in Lausanne, Switzerland, does over a 100 SLT treatments a month, showing how effective it is in reducing glaucoma in patients.” 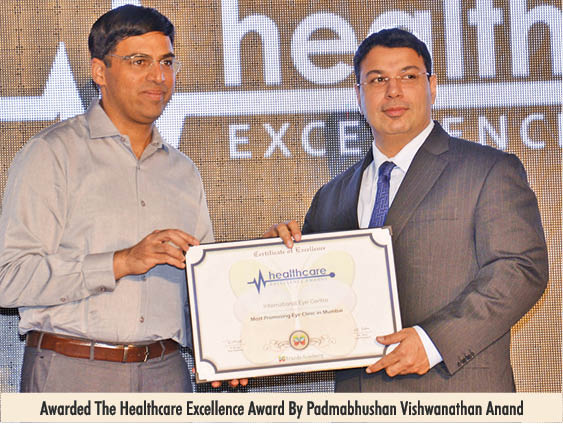 Wow! Not only does that sound relieving and hopeful for those who need eye-care, but this world-class new equipment and all the ‘FIRSTS’ that go with it, takes the whole game to an unparalleled level of professional expertise, world-class service and absolute pride – for the nation and the Community!

“And what new surgeries have you been venturing into?” we ask the path-breaking Dr. Cyres.

“For Cataracts, I am using the ROBOTIC LASER SYSTEM – CATALYS, which allows me to melt away the cataract in less than 30 seconds. This is the best laser cataract surgery system in the world and we were the first to get it in Mumbai 3 years ago, after which we have successfully operated on thousands of eyes with the help of this system.

For Laser Vision Correction, we use the new ZIESS VSUMAX SMILE SYSTEM, one of the first in the country, since 2 years. LASIK has been around for years, but unlike LASIK, in a SMILE procedure, we do not cut a flap. This way, the laser does the treatment inside the cornea in 30 seconds or less without a cut! Naturally the cornea and the eye are much more stable after surgery. SMILE is faster, safer and more accurate than LASIK. Even the LONG-TERM SAFETY offered by SMILE IS WAY BETTER THAN LASIK.”

Still getting over the amazing strides that Dr. Cyres has been taking – in terms of equipment, services or expertise – all that one can say, as the charming doctor takes our leave, is ‘Eye, eye, Captain’!