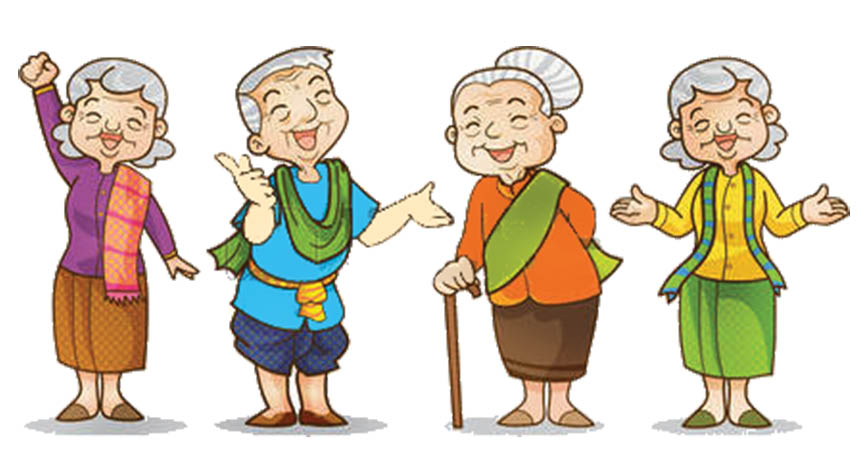 A few days before Jamshedi Navroze, Meherbai’s Mandli met on the lawns of a posh upper-crust club for dinner and the conversation turned to the good old days or Asal-no-Jamano since they were all super senior citizens. Meherbai opened the topic with a keynote speech saying, “Our previous generations of Parsis had nothing compared to what we have today in the name of progress and yet, they had everything. We seem to have everything and yet, nothing! They had shorter life-expectancy, but led happier and contended lives compared to today’s in-the-lap-of-luxury, instant-gratification but still stressed-out generation! Previously, they had the biggest treasure, called Santosh-Dhan  (satisfaction) while today’s youngsters are so dissatisfied, always wanting more, more and more…..bus, aapo, aapo ney aapo!”

Chandan Chibavli Chakli:  This is because much of today’s life is determined purely by monetary, financial and economic reasons, making people self-centered, selfish and dissatisfied. We were so happy in the 1940’s when we got one rupee as pocket-money!

Amy Accountant: One rupee was 16 annas and we stretched it like a rubber-band, an anna per day, for a fortnight but still managed to save one anna for a rainy day. Look at today’s brats!  They are unhappy even when their parents spend thousands on computer-games and silly gadgets!

Tehmi Traveller: Our vacations were spent in Udvada, Matheran, Lonavla or Panchgani. Today’s kids have foreign holidays and yet return cribbing!

Gulshan Google: In the early 1960’s, when I married Minoo Makori, we ran our house on Rs.300 per month. Today, obscene amounts are spent by couples but are they really happy in their marriage? Most of us had arranged marriages even while we were in college. There were no major expectations and we are still happily married after 50, 55 or even 60 years. Aaprey lagan nibhaavya, inspite of difficult mothers-in-law and nasty sisters-in-law!

Bitter Banoo: Absolutely! Mahro Bomi-Bunpao toh potana mai-ji aney behn ni sambey Manmohan Singh thai jato hato! Mohnooj nai kholey while they abused and tortured me mentally! Luckily, today, my Bomi darling has nothing to do with his siblings and we are happy!

Aloo All-Rounder: Oh, you poor thing! Even my old lady was a dragon! Look at today’s youngsters and their love-marriages coming to a sad end! Courtship goes on for years and divorce within a year of marriage! And if the marriage survives, some don’t want kids – D-I-N-K!

Aloo All-rounder:  DINK means ‘Double Income, No Kids’! And when they finally decide on a child when they are much older, then there are fertility issues and they run to Jiyo Parsi!

Dara Daku: Aajey family life jevoo kai rahyuj nathi!  How many families have meals together? In our times, every family member had to be home by 8 or 9 for family dinner. Today’s boys and girls stay out till 2 and 3 in the morning! Don’t their parents even ask them where they are so late at night?

Behram Brunpao: We use to do ‘haaji’ to everything our parents said. We earned their blessings and are happy today! Our grandparents had no fridge, A/c, car, telephone, computer, TV, washing machine, dish-washer or the muo-dalinder cell phones. Maybe that may have been the secret of their happiness – sheer contentment! No fridge meant freshly cooked food. No A/c meant going to the sea-side or garden for cool air – havaa-khavaa! No microwave resulted in nutritious, slow-cooked food on gher no Aatsh or criterion stove. No mixer-grinder meant home-made masalas grounded on the black paatio which the Taakiwali maintained from time to time! Tey masala na bhona no su taste hato!

Chadan changed the topic, saying: No telephones, TV, computers and cell phones resulted in meeting friends in person, in the real world and not in the unreal world of Facebook with hundreds of nakkama, doorna and kamna nahin friends – Virtue Vagarna Virtual friends! Just then, late-latif Lovejibhai walked-in with his esky-meski wife, Freny Fatakri.

Lovejibhai: Sorry folks, we are late because Ferenmai went to the parlour for a tel-malish since she had corn-flakes in her hair.

Freny: Cornflakes aney porridge nahin! I had dandruff and dry flakes on my scalp.

Lovejibhai: She also had to paint her roof!

Freny: He means, I had my hair coloured…

Abhan Aban: But your hair are half white!

Freny: Those are highlights, you ignoramus!

Lovejibhai: She also did some pittal-paalis on her hands and feet.

Freny: That’s called a manicure and a pedicure using nail-polish – not paalis!

Meherwanji: Eh badhoo java deo. Going back to our main topic, if we keep our needs to the minimum, we will find happiness in small things and if you love everyone who touches your life, you have won half the battle. More importantly, if you are satisfied and content with what you have (however little), then you’ve won the game of life. That is the Sukh-ni-Chavi (the key to happiness).

By now, the soups and starters had arrived and Parsis take food very seriously (nothing funny about it ). Hence the soups were slurped and starters demolished through dentures and delight!