Another case of frivolous litigation 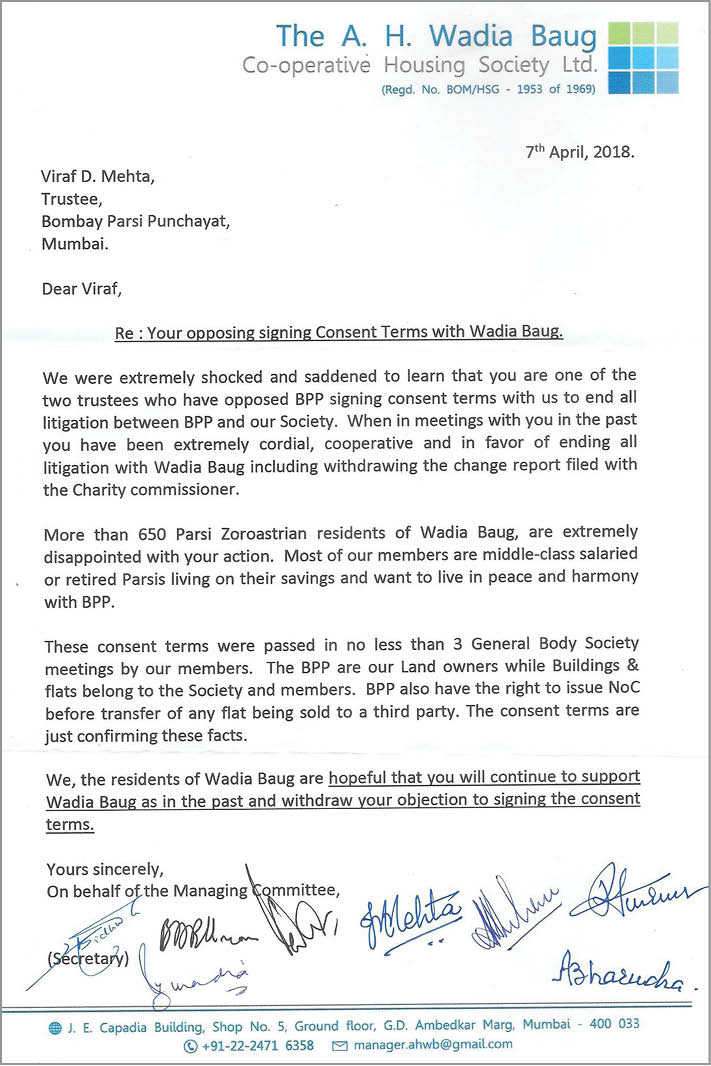 Without getting into technical details, the bare facts are as follows:since the past several weeks a lot of misinformation, untruth and half-truth seem to have been spread through the print and electronic media. A case in point is the falsehood being spread that some trustees of the Bombay Parsi Punchayet are Squandering instead of Safeguarding valuable community assets like Aderbad Society and A. H. Wadia Baug Society.

When the Consent Terms  (filed in the Court) were itself subject to the prior approval of the Charity Commissioner, where was  the need for the two Trustees to rush to the Court  and finally  get the same relief ?   Is it not a case of one more frivolous litigation?