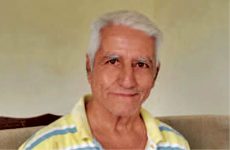 Tourists visiting Vadva village in Bharuch district (20kms east of Bharuch city) can see a horsefarm… 80-year-old Noshir Homawalla has a hobby of keeping horses, maintaining this eye-catching horsefarm spreading over two and a half acres. A bachelor, Noshir inherited the hobby of rearing horses from his ancestors. According to him, his family has been […]

One often hears Parsis say that they are proud to be Parsis. However, try asking the average Parsi in the street what it means to be a Zarathushtrian (a follower of Prophet Zarathushtra) and you are likely to draw a blank. At best, you are likely to hear the over-simplified and stereotyped message of, ‘Good […] 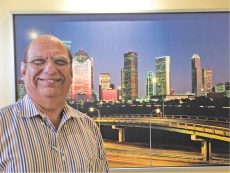 On 13th July, 2019, 69-year-old pilot, Noshir Medhora, who was flying a single-engine Cessna aircraft, died after the small plane crashed into a community center building, at 10:30 am, in West Harris County, Texas. According to the County’s Constable, Ted Heap, the Cessna aircraft is said to have taken off from West Houston Airport and […]

Most within the community know Noshir Dadrawala as Trustee of the Bombay Parsi Punchayet, a highly knowledgeable scholar on matters of Zoroastrian religion and as a regular contributor to Parsi Times. Few know that these comprise only his special interests. In his professional life, Noshir Dadrwala is an expert and the ‘go to’ person in […]

Both – Parsi and Irani Zoroastrians are ethnically of Persian (Iranian) origin. Parsis who came to India about 300 years after the fall of the Sasanian Empire (i.e., around the tenth century A.D.) trace their ancestry back to the province of Khorasan, known in ancient times as Parthia. The city of Mashad is situated in […] 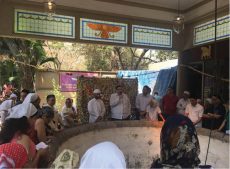 On 24th March, 2019, a Jashan was performed for the Ava Yazd Parabh at the Bhikha Behram Kua, which saw a huge gathering of over 200 devotees – young and old – attend the auspicious occasion. It was followed by a Humbandagi and a talk by the Community’s leading authority on Zoroastrian religion and philosophy, […]

As children it only took a lollypop or video game to bring that smile back to our face. It was so easy to be happy. Small things made us happy, but with time, we move the goal posts. It takes a balance of successful careers, relationships, financial security and other determinants to make us happy. […] 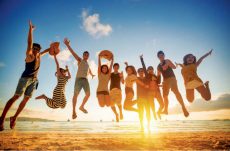 In 1776, the introduction to America’s ‘Declaration of Independence’ proclaimed, “We hold these truths to be self-evident, that all men are created equal, that they are endowed by their Creator with certain unalienable Rights, that among these are Life, Liberty and the pursuit of Happiness.” Closer to home and almost two centuries later, the doyen […]

. Gujarat’s Glory – ARZAN NAGWASWALLA Parsi Cricketing prodigy Arzan Nagwaswalla is the toast of the Community, rising from the junior ranks and now cementing his place in the senior Gujarat Cricket Team. His talent has won accolades and his golden moment arrived sooner than he imagined. During the recently concluded Ranji Trophy season when […] 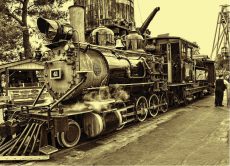 That one man scorned and covered with scars Still strove with his last ounce of courage To reach the unreachable star Man, by and large is an optimistic creature. He lives and dreams of achieving happiness even when he is stuck in the depths of the worst circumstances. Yet, as the above lines by Miguel […]

Re: Editorial: BPP And OCD Your Editorial in PT’s last issue (BPP And OCD) was totally in synch and in line with what’s happening in the BPP today. At first we used to read on whatsapp and community social media platforms, but now it has become a fashion to showcase fellow Trustees’ faults in the […]