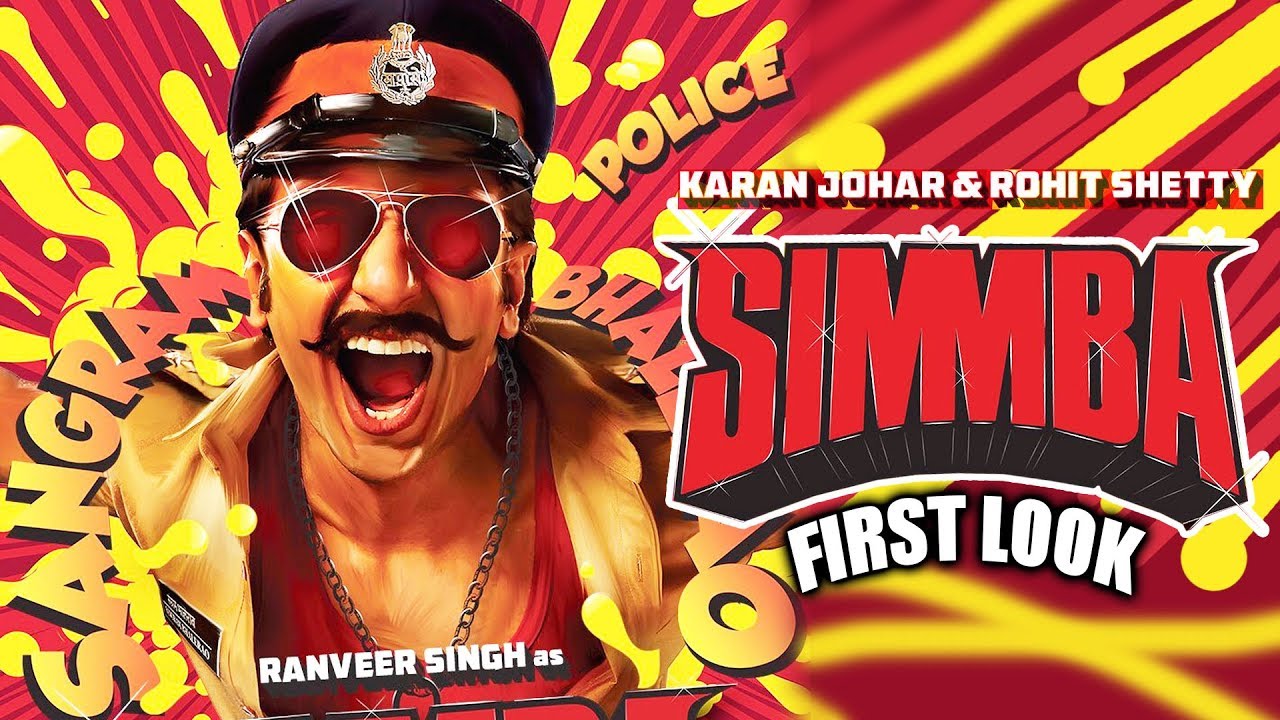 Let’s get one thing clear – Rohit Shetty has proved amply in the past that his films (Golmaal, Singham), like Manmohan Desai’s in the 70s, are intended to titillate the grey cells – not stimulate them; nor has he ever demonstrated any pretensions to being an arthouse filmmaker.
Though ‘Simmba’ has been loosely adapted from the Telugu, ‘Temper’, the strains of Singham are evident. ‘Jisko dekho sabko Singham bannaa hai’, Simmba dramatically mentions at one point. Ranveer Singh plays Sangram (Simmba) Bhalerao, a senior police inspector who’s corrupt to the core and has no qualms about it. His aspirations rise when he’s transferred to the Maharashtra-Goa border town of Shivgadh, where druglord Durva Ranade’s (Sonu Sood) word is law. Simmba’s morality takes a 180 degree turn when Aakriti, his adopted sister in his new surroundings, is brutally raped and killed.
The second half, though replete with action and courtroom drama, fails to keep pace with a gripping first half which establishes – amidst some tolerably witty writing – the characters: main and supporting. Simmba’s introduction is accompanied by a steady stream of clap-inducing dialogues ‘…otherwise my temper will hamper you’. Farhad (one-half of the writer-director duo Sajid-Farhad) Samji’s dialogues show a distinct improvement over their recent pedestrian writing in ‘Golmaal Again’ and ‘Judwaa 2’. Gaurav Shah’s casting is spot-on, especially with nearly a quarter of the dialogues being in Marathi. Sara Ali Khan, as Shagun, Simmba’s romantic interest, has pretty little to do, while Sonu Sood manages to look threatening in every frame. Ashutosh Rana, as the conscientious constable Mohite, is decent. Despite the runtime of two-and-a-half-hours plus, Bunty Nagi’s editing is crisp, while almost all songs seem to be forced on the viewer. Post interval, the film switches tracks, and despite the heavy action, not a strand of Ranveer Singh’s well-gelled hair gets out of place! The director’s favourite, Ajay Devgn, makes a cameo, besides a voice-over in the beginning. Shetty leaves the best for the last – the ending is sure to thrill fans of a certain star!