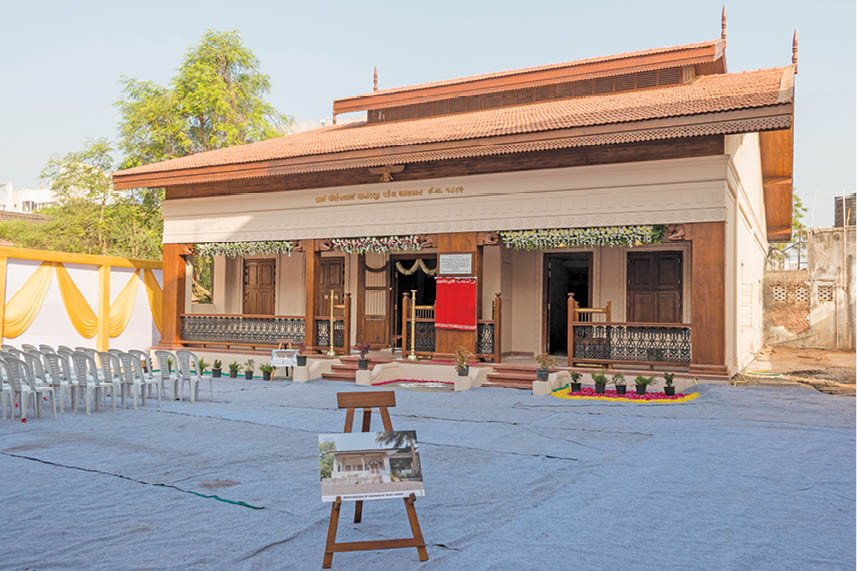 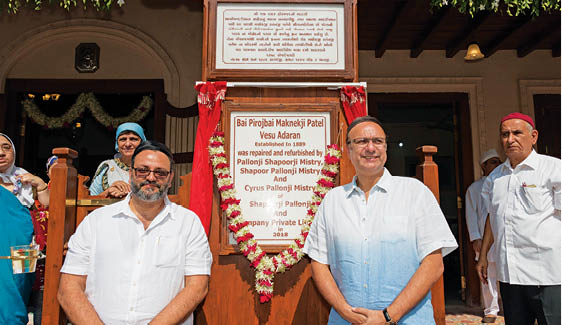 17th November 2018 marked the inauguration of the newly renovated Bai Pirojbai Manekji Patel Adarian, in Vesu, near Surat in Gujarat, which has served our community for 127 years, since its establishment in 1889.

In 2016, a major overhaul with structural reinforcements was urgently required to ensure the structural integrity of the Vesu Adarian. The Mistry family, promoters of the Shapoorji Pallonji Group, were approached for support, who immediately involved themselves in restoring the Adarian to its original glory, outsourcing the expertise of engineer Nozer Tarapore; structural consultants Ghadially & Rawal; and Architect and Contractor, Hanoz Ichhaporia, a native of Vesu. The family have traced their roots to Vesu, where the late Mr. Shapoorji Pallonji Mistry was born in the year 1887. A two-year process began with constructing an independent structure to move the sacred fire and peacefully perform the rituals, until the original structure was restored. The sacred fire was shifted in November 2017 in the new structure behind the Adarian, and the old structure could now be entered into and freely refurbished. The restoration of the original structure commenced in mid-2018.

The Zoroastrians of Vesu thanked Pallonji Mistry, Shapoor Mistry, Cyrus Mistry and the entire Mistry family for their philanthropy, and for being the strong backbone of the restoration project. They also thank all others who helped make this glorious restoration possible.