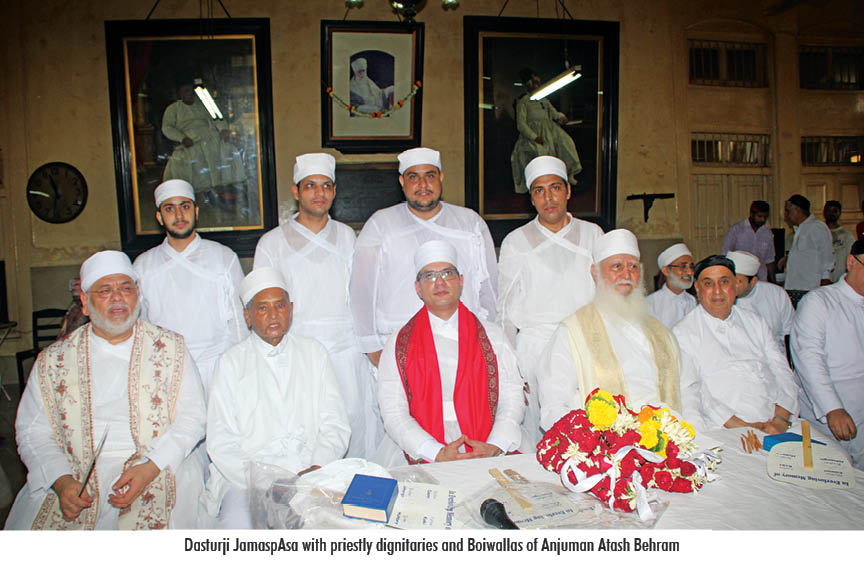 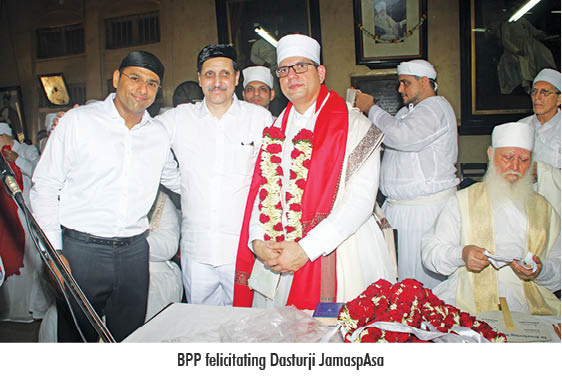 Born on 27th January, 1978, Dr. Jamasp completed his schooling from Campion School in 1992. He completed his Navar from Anjuman Atash Behram and his Maratab in Navsari. He graduated in Science from K C College in 1995 and completed his medical training from Mahatma Gandhi Missions Medical College, New Bombay in 2000. He became a member of the Royal College of Surgeons in 2006. He completed his MA in Religious Studies over three years, alongside pursuing his surgical training.

After the ceremonial Jashan at the Hall on the first floor of the Anjuman Atash Behram, Er. Burjor Antia, Managing Trustee of the Atash Behram, announced that Dr. Jamasp had been chosen to succeed his late father as Dastur. Dr. Jamasp was welcomed into the Dasturi by presentation of shawls by Vada Dasturji Dr. Firoze Kotwal and Vada Dasturji Khurshed Dastur, the trustees of the Anjuman Atash Behram and the who’s who of the Mobed fraternity. BPP Chairman Yazdi Desai and Trustee Viraf Mehta presented a shawl, representing BPP.

Dr. Jamasp gave a short speech accepting the position and thanked everyone for their show of support and pledged to uphold the noble traditions of the Gaadi.

We pray that the blessings of Dadaar Ahura Mazda always be with him and his loved ones and may he be blessed with the strength and courage to uphold our religious tenets, traditions, customs and practices, as mandated by Paigambar Saheb.