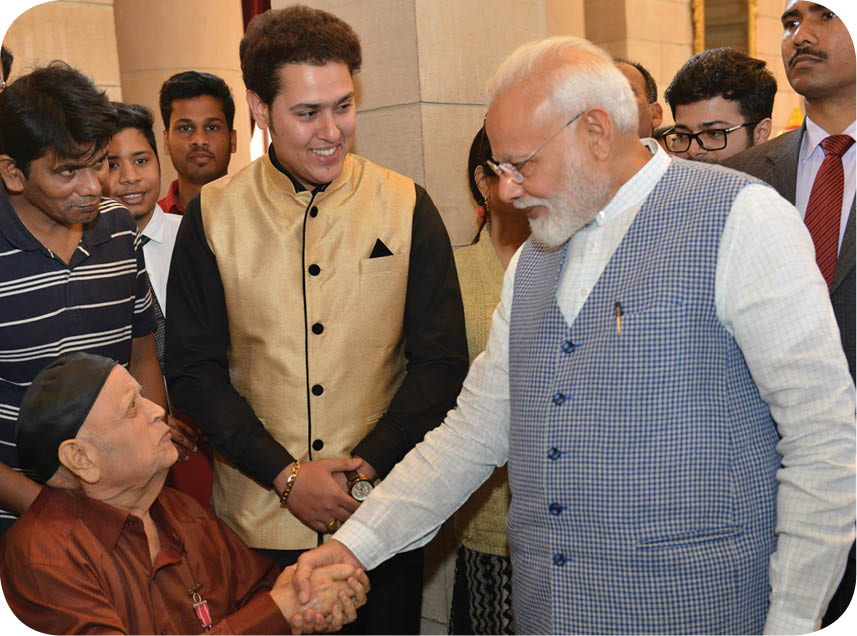 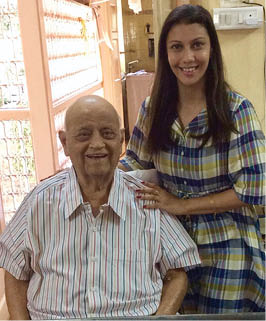 Late Dinyar Contractor was the pride of the Parsi Community in every aspect. The legendary artist carved a niche for himself in the world of entertainment and was thus honoured by the Government of India with the title of Padma Shri at the Rashtrapati Bhavan in Delhi, on 16th March, 2019. After serving ‘Rallis India Limited’ for 19 long years, he plunged into the world of theatre.

Flashback to 1967, when the Parsi Wing of The Indian National Theatre was founded, this stalwart was one of the founder members. In 1978, Dinyar joined hands with legendary theatre personality Burjor Patel and numerous super-hit shows in English and Gujarati, under the directorship of another great legend, Padma Shri Adi Marazban. The demand for his presence on stage was always high, and one of his famous plays ‘Aadoshi V/s Padoshi’ in 2013, was performed 168 times in a span of 210 days, all thanks to its unparalleled popularity. The global demand for his stellar performance and unmatched comedy timing had him touring all over the world.

Padma Shri awardee Dinyar Contractor was the perfect mix of class, humour and outstanding natural talent. He will always be remembered as the most popular theatre actor, writer, director, producer and film personality for centuries to come. His trademark sweet, smiling and joyful face, along with his big, sparkling eyes which housed a twinkle of naughtiness will remain etched in my memory forever. He was a magnificent personality he was – expressive, humble and very kind hearted – a rare find in today’s times.

His working standards were inspirational – always paying attention to minute details, clarity, style when it came to scripting. He was the epitome of professionalism and was indeed destined to become one of the biggest names in the field of entertainment. He led by example, always a cut above, a step ahead, ably outperforming others… a marvel to witness!

Thanks to Parsi Times, I consider myself privileged and honoured to not only have met him but to have known him personally and spend time with him. Like most of us, I grew up watching him in advertisements, especially the popular ‘Rasna’ advertisement. My first memory of meeting him was at a family Navjote in Cama Baug, where I went up to him and complimented him on his great acting skills. With the usual smile on his face he thanked me. The next time I saw him at JB Vachha High School in 2018 where he came to cast his vote for the BPP elections. Fit and fine, greeting one and all, he posed for Parsi Times, garnering the sweetest smile ever! We met yet again on 21st March, 2019, at the DPCG grounds, for the ‘Festival of Spring’ where he was felicitated by Chief Guest Dr. Zarir Udwadia for winning the Padma Shri.

Life came a full circle when I learnt I was to interview the living legend for Parsi Times on 11th April, 2019 at his home in Mumbai’s Rustom Baug. That was to be his very last interview with the media. I was privileged to be that interviewee for a well received article in Parsi Times celebrating his successes, before he sadly passed away on 5th June, 2019. He spoke of everything under the sun – his family, his siblings, acting and lots more. He spoke highly of Vistasp Gotla, his right hand, a terrific actor who had been his primary support system for years now. He also surprised me when he shared he was great friends with my grand-uncle, Ex-India Cricketer, late Rusi Surti, who would visit him whenever in town. That last meeting still feels like it were just yesterday… I learnt so much from him that day. Not only were his words and thoughts mesmerizing, he was also a good listener and a wonderful mentor.

And he was such a graceful and humble man, despite his stupendous celebrity. Even before the Editor, Anahita, could call him to thank him for his time for the interview with Parsi Times, he called her to express his gratitude for the coverage, and he called me for the same! That phone call touched me in the biggest way possible and I wish people learn from that legacy of grace and gratitude that he has left behind. His passing away so soon was a sad day for the entertainment fraternity, fans and his admirers across the world, including PM Narendra Modi and Textiles Minister Smriti Irani who have paid a heart-felt tribute to Dinyar Contractor on twitter. PM Modi tweeted, “Padma Shri Dinyar Contractor was special because he spread lots of happiness. His versatile acting brought smiles on several faces. Be it theatre, television or films, he excelled across all mediums. Saddened by his demise. My thoughts are with his family and admirers.” Irani tweeted “He brought bursts of laughter with him wherever he went, he lit up the screen and our lives with his wit and charm. We will miss your presence Dinyar bhai. Rest in Peace Padma Shri Dinyar Contractor-theatre legend, actor par excellence.”

I know how much he is going to be missed by all when I attended his funeral and innumerable celebrities coming in to pay their last respects. As I returned back home after the prayers, standing in my balcony and seeing setting sun, I whispered a small prayer for him and said he would remain the most likeable person I ever met! May your soul rest in peace Dinyar Uncle. There can never be another YOU!