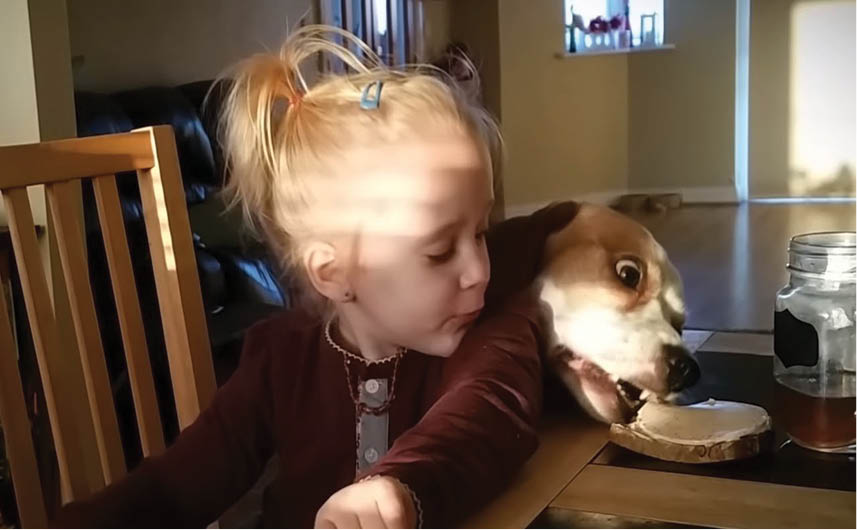 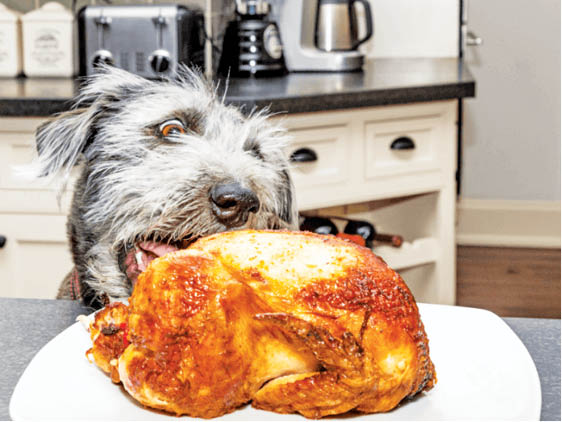 Julie loved food. So much that she would resort to stealing it. Her owners, the Shroffs, had to lock their kitchen door every night to keep her out of the garbage can, and took care not to leave any food lying around, because they knew she would steal it. And it wasn’t that she was underfed – the Shroffs fed her two full meals everyday, yet the amicable dog would turn into a monster at the sight of food, snatching food even from innocent children.  The problem turned into something greater than embarrassment and the Shroffs finally decided to seek professional help. 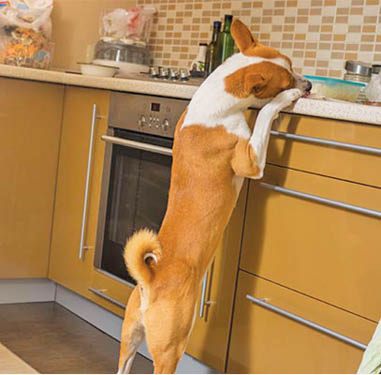 Julie, in fact, is carrying out perfectly normal canine behaviour. Dogs are programmed to be opportunistic feeders and scavengers. In the natural state, a wild canine’s survival depends on its ability to scavenge and gorge whenever food is available; it does not get to eat on a daily basis, so it must take advantage of any feeding opportunity that comes its way. Despite the lavish servings of food we give our pet dogs, the instinct often remains. Unfortunately, this innate instinct can sometimes get a dog into more trouble than just stolen foods and a turned-out bin; it can lead to gastric problems if the dog ingests a poisonous or harmful item. 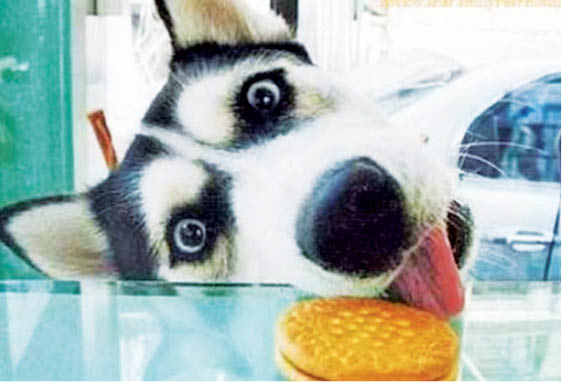 Most owners err by waiting until the problem is entrenched before doing anything about it. Instead, an owner must take a pro-active stand and teach a dog what is appropriate to take and what isn’t. This is particularly important in the case of a young puppy or a new dog. So, what’s a poor owner to do if the behaviour is firmly established in the dog? Is constant vigilance and punishment the only answer? Not really, here are a few tips to effectively correct the problem:

Keeping Food Out Of The Dog’s Reach: It’s the simplest solution to prevent stealing. Leaving out a leg of lamb to cool on the counter-top or a box of mithai on a coffee table is pushing temptation too far, even for a well-behaved dog. Also, ensure the garbage can has a firm lid and cannot be knocked over or opened easily. Even better, keep it in a cabinet – like under your kitchen sink. Give your dog something he can chew on, like a rawhide bone stuffed with liver or paneer paste, when left alone for long periods of time to keep him away from temptation.

Don’t Punish Your Dog: …unless you catch him in the act of stealing. For the dog to connect the act of stealing with the punishment, the two have to be contiguous. Punishment after the deed is done is pointless and does nothing to prevent the dog from raiding the bin or stealing the next time he gets the chance. In most instances, scolding and hitting can actually make the dog subtler and quicker about his thieving and in many cases, it makes him fearful of you or even aggressive. It also teaches the dog to steal behind your back as the punishment is connected to the presence of the owner.

Keep Your Dog Satiated: A dog will often resort to stealing food or scavenging for it if he is hungry. Providing more frequent, bulkier meals may help even out his appetite. It is important to feed a dog a healthy, well-balanced diet that agrees with him. If your dog is well fed but still seems hungry and thin, crosscheck his diet with your vet.Certain breeds, such as Labradors, are especially noted for their gluttony in general. Teaching a puppy what is acceptable behaviour and what isn’t, reduces the likelihood of the dog stealing and scavenging as he grows.Medical problems and certain drugs also bring about a sudden increase in appetite. Cushing’s Syndrome and diabetes mellitus can cause Polyphagia – a sudden increase in consumption of food. It’s best to consult a vet if you suspect a sudden increase in appetite.

Teach Your Dog To Leave It: Over a period of time, some dogs, like Julie, become resistant to any form of punishment. No matter how much the Shroffs would shout, Julie would brazenly steal right from under their noses. The Shroffs first had to be taught how to get Julie to understand a ‘leave it’ command. Their trainer demonstrated by putting a couple of biscuits on the floor. As soon as Julie went to get the food, the trainer reacted explosively by slamming his hand on top of the food and growling, “No – leave it” at the same time. Julie reacted by stepping back and looking at the trainer in astonishment. Within a second, she tried again – only to be met with the same response. A couple of minutes later, Julie wouldn’t even look at the food for fear of invoking the nasty reaction. The Shroffs couldn’t believe it. “We had to learn to communicate in the language Julie understood – Dog language!” they realised. The correct timing and explosiveness of the correction was strong enough to teach Julie to back away. The Shroffs now let Julie mingle freely with guests at a party, without worry – if temptation crosses Julie’s mind, all they have to say from the corner of the room is – “leave it!”

Give Your Dog Attention For Good Behaviour: Often a dog will resort to stealing, when what it really wants is attention. In such cases the dog is either attention starved or has a behaviour problem. The dog will steal food not to satisfy his hunger pangs but because it gets him attention. The act of stealing comes to symbolise attention; for a dog negative attention is far better than none. In such cases, however, the dog will not just resort to stealing food, but may also steal other items. The best way to stop this from happening is to ignore the stealing and praise and give attention for any good behaviour.

With the help of the tips above and with a bit of patience, some effort and a lot of love, any dog can be taught not to steal, bringing back harmony to your household again!