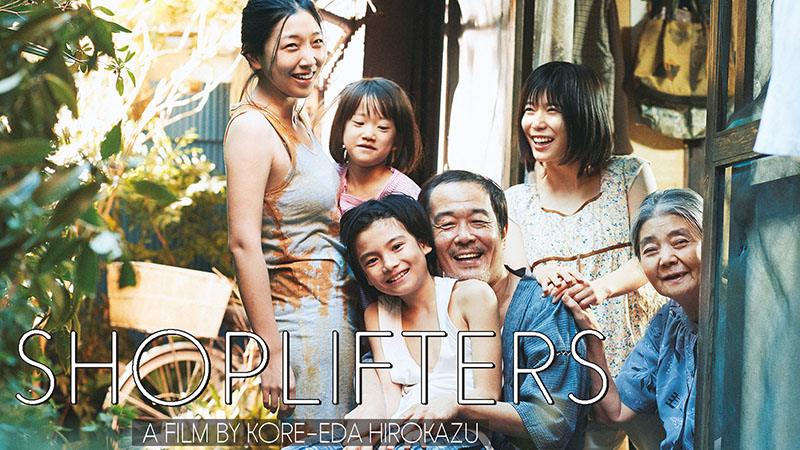 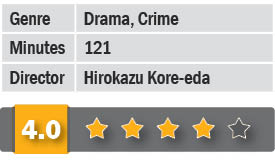 Winner of the coveted Palme D’or at last year’s Cannes Film Festival, and directed by the redoubtable Hirokazu Kore-eda, ‘Shoplifters’ is an affecting and poignant tale of the Shibatas, an impoverished joint family – none of them blood-related – who makes ends meet by indulging in shoplifting in supermarkets.
Patriarch Osamu Shibata (Lily Franky) has a part-time job as a construction worker, while his wife Nobuyo (Sakura Ando) works at a launderette, supplementing her meagre income by filching money from garments’ pockets. Osamu does the rounds of supermarkets with his young son Shota (Kairi Jo), appropriating daily necessities via unspoken signals between the two. The other members of the ‘family’ are Aki (Mayu Matsuoka), who works as a stripper, and grandma (Kirin Kiki), who’s concealed information about her husband’s death in order to get additional pension.
Kore-eda, who’s made family-based films (Like Father Like Son, Nobody Knows, After the Storm) and in Shoplifters, also written the story (basedon a newspaper report) and screenplay, introduces the characters in his inimitable style. But the film takes a dimension of its own when father and son bring home Yuri, a neglected and abused, four-year-old, girl. And when the police start making inquiries they alter her appearance instead of handing her over.

Without giving away too much of the story, Shoplifters paints on a broad canvas strokes that evoke emotion and empathy amidst a society rarely known in Japan. At times the characters indulge in backhanded bonhomie. The final half-hour changes tracks – and ups the emotional quotient – the explosive ending making the film a must-watch. Laced with witty dialogues, Shoplifters addresses itself – and attempts to answer a vital question – ‘What constitutes a family and above all, what is the role of each member in it?’