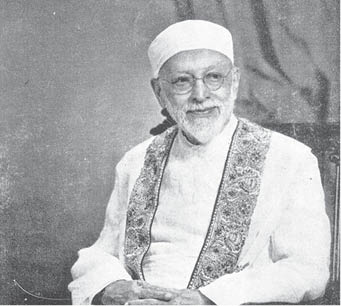 ‘Hvarekhshaeta’ – The Sun, Is The King Of The Day…

Marvelous and endless is thy Universe, Creator divine! There are worlds besides our world and suns besides our glorious sun. Every one of the distant suns is larger than our sun, and has planetary bodies revolving round it in their fixed orbits. From above the mountain Hara Berezaiti rises the imperishable, radiant, swift-horsed sun. The sun darts his light and rends the dark veil of night. The rising sun dispels the fog and dissolves the mists. The fiery streaks of the sun flush upon the earth. Nature dens resplendent robe when the bright sun rises in august majesty and appears before the world in his fiery garment. The sun dispenses his light over the seven zones of the earth. 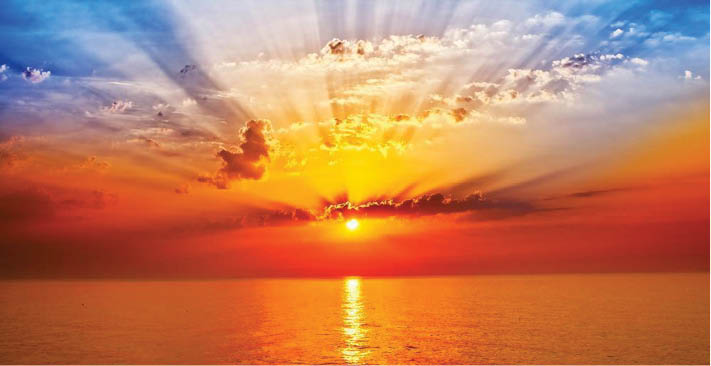 The sun’s warmth animates and enlivens. The sun floods and bathes the earth with his golden light. His infinite rays stream downward upon the earth. The sun gives light to the world and kisses the plants and trees into life. Towns and villages are all ablaze with the shining sun and men and women are out for industry and enterprise and adventure all the livelong day to create culture and civilization. The sun shines upon the good and evil, fair and ugly, pure and impure, clean and filthy, and his all-purifying light cleanses all. The light of the sun scorches and burns all filth and stench and defiling and decaying matter.

When the sun has run his daily course marked out for him, feeble grows the sunshine and the last rays fade into twilight. The glow of the setting sun crimsons the sky in the west and, at sundown, the glorious sun sinks into the sea or hides behind the horizon.

Let me sit in the warm sunlight and bask in the sunshine and drink in the sunshine. All creation turns with joy to the light of the sun. Child of light, am I. Thou, my Maker, art the Light of Lights. The resplendent light of Thy countenance cheers me. Illumine my mind and inflame my heart with the light of Thy sun. Give me a sunny temperament! Thou hast made Thy sun the lord of light upon the earth. He is the maker of seasons and sovereign of time. He is the King of the Day. In him do I see Thee and greet Thee, for he, the visible sun, is the resplendent image of Thee that art invisible, Ahura Mazda!

‘Maonghah’ – The Moon, Is The Queen Of Night…

When Hvarekhshaetra, the sun’s daylight fades into the dusk and he dies his daily death, his far-famed collaborator, Mithra reigns supreme between dusk and twilight. When dusk sinks into dark, the shades of night fall over the earth and her dark mantle covers it. In the dense darkness of the night, dead silence sleeps over the earth and towns and villages are wrapped in slumber. Black is the darkness in the dead of night and shadows take shape and frighten all. With darkness of the night all around, it becomes as silent as a grave.

Then does Maonghah, the bright moon, the heavenly Queen of the Night, rise in her silvery splendor and sweeps majestically through the cloudless sky. She floods and bathes the earth with her white and soft and shining and shimmering and cool light and makes it lovely and beautiful, charming and smiling in her resplendent glory. The moon waxes and the moon wanes. The moon swells the seas and retards the seas. She makes the tides rise and flow, fall and ebb.

Pleasant it is to watch the clouds weave a fleecy veil for the covering of the moon’s face or the moon struggling to extricate herself from the clouds or when the moon serenely sails the brilliant sky or the light of the moon that the passing clouds let shine fitfully or when the moon bashfully peeps through a rent in the clouds that hang over her or the quivering of the beams of the moon on the waters of the sea or the beams trembling on the leaves of the trees. The moon stares at me with her cold eyes and her soft beams caressingly play on my face. Myriads of twinkling stars that accompany the Queen of Night brighten and adorn the blue vault of heaven and display the pomp pageant and the glories of the starlit sky.

Then does Parodarsh, the ever-vigilant cock of paradise, the messenger of dawn, crow his joyous greetings to Ushah, the dawn. The brilliant dawn intervenes between the night that is dying and the day that is springing to birth. The bright dawn smiles on the drowsy earth. Ushah’s dawn bathes the earth with her silvery light. The stars are now extinguished to herald the advent of the King of Day, and the Queen of Night retires to rest.

Thou, Ahura Mazda, hast created the night for rest. Sleep and dreamless sleep that knows and feels nothing but sleep, is the nature’s best restorative that rejuvenates brain cells and tissues and prepares man for the next day’s work. Thou hast set Thy multimillion sentinels to watch Thy sleeping world. Thou hast written the story of Thy creation in shining silvery words. Thou hast bedecked the sky with the robe of glittering jewels more shining than diamonds. The myriads of stars that illuminate Thy sky are the glittering eyes of Thy numberless angels. The sparkling stars display Thy resplendent glory with Maonghah, the Queen of Night, Ahura Mazda!