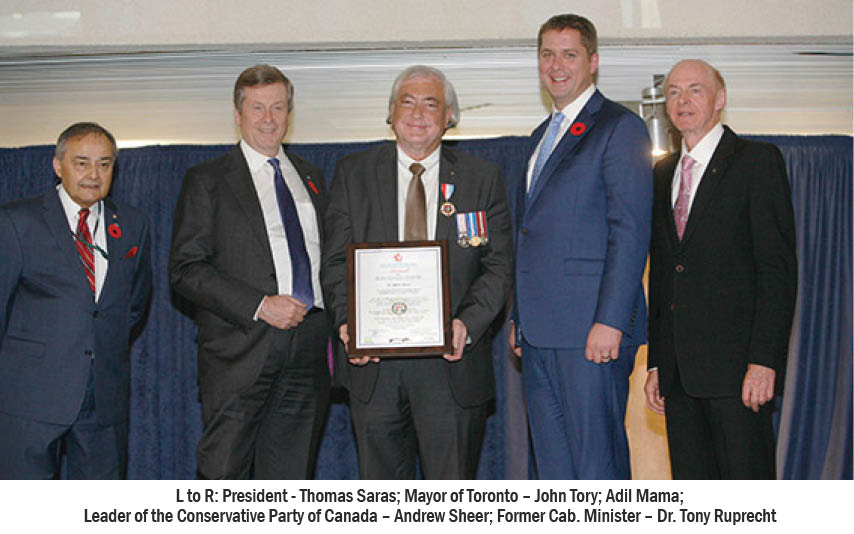 Toronto’s Adil D. Mama was recently awarded by the National Ethnic Press and Media Council Of Canada, with their Medal of Distinction, for his years of outstanding services to the people and the Government of Canada. He was felicitated with all the rights, privileges and honours afforded as an Honorary Member of the Board of Directors.

Adil lives with his wife Margaret and daughter Sophia in Toronto, Canada.