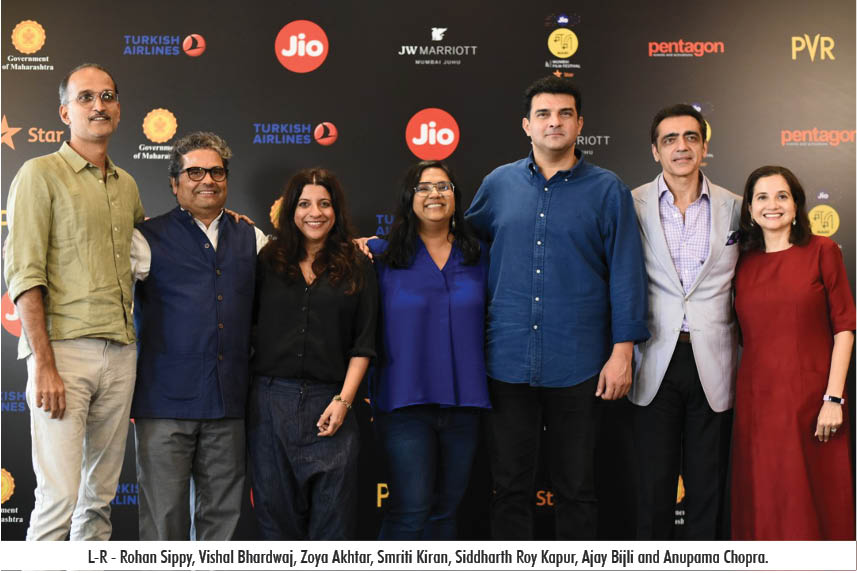 On 30th September, 2019, the specifics of this year’s MAMI Film Festival, from 17 – 24 October, were unveiled. Having teamed up partially with Netflix and with 190 films from 50 countries, spread across 14 categories – including the prestigious International Competition – this year’s carnival promises to showcase a diverse palette of cinema – both from India and abroad.

Zoya Akhtar said that as a director, if you mentally place yourself amongst the audience, your films would be more likely to succeed. When asked why India fails to make it to the final round of the Oscars, noted director Vishal Bhardwaj opined, “we have to say our own stories.” According to Siddharth Roy Kapur, in keeping with MAMI’s tradition, this year the celebrated Brazilian filmmaker, Fernando Meirelles, is being honoured with Indian arthouse actor, Deepti Naval.

Speaking exclusively to Parsi Times, senior film critic Rashid Irani, who has been on the Selection Committee jury for a number of years, said, “MAMI has always laid keen emphasis on directors’ first feature films. And this year, more than half of them are women.”