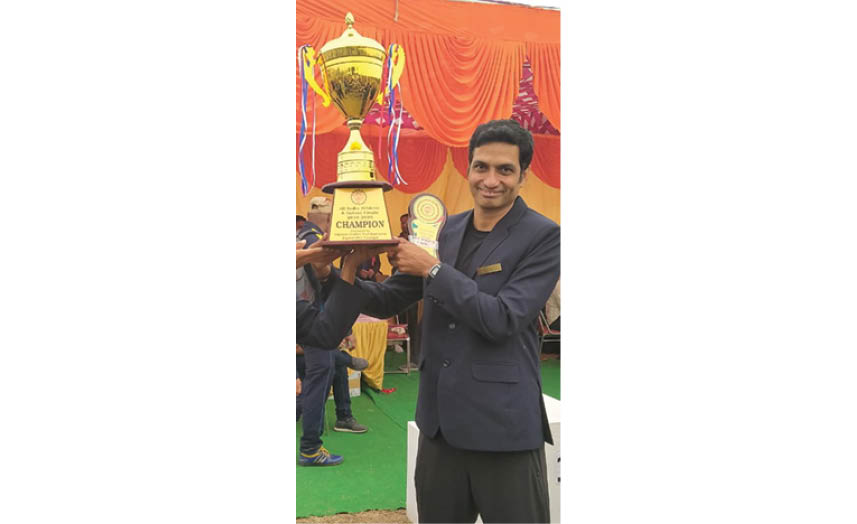 Mehernosh Bamboat, a resident of Navroz Baug (Lalbaug), did the community proud with a clean sweep of gold medals in winning the 100 m, 200 m and 400 m races, in the EPFO (Employees Provident Fund Organisation) All-India Athletic Championships, held in Chandigarh, from 20th to 22nd November, 2019. He was awarded by Sunil Barthwal, IAS, the All-India Central PF Commissioner, who was the Guest of Honor on the occasion.

Currently working for the GOI’s Employees Provident Fund, Mehernosh has also been recognized earlier for securing Gold medals in 100 m and 400 m race, in the World Zoroastrian Games held in Houston, Texas, in 2000; as also for having secured 7th Position in the Finals of the 20th Asia Masters Athletics Championship held in China in 2017.

Speaking to Parsi Times, Mehernosh said, “Sports has always been my passion. My parents have always motivated and supported me in my journey. I am a huge fan of Usain Bolt.” Currently, Mehernosh is gearing up to represent India in the 21st Asia Masters Athletics Championship 2019, in Malaysia, which is scheduled from 2nd to 7th December, 2019.