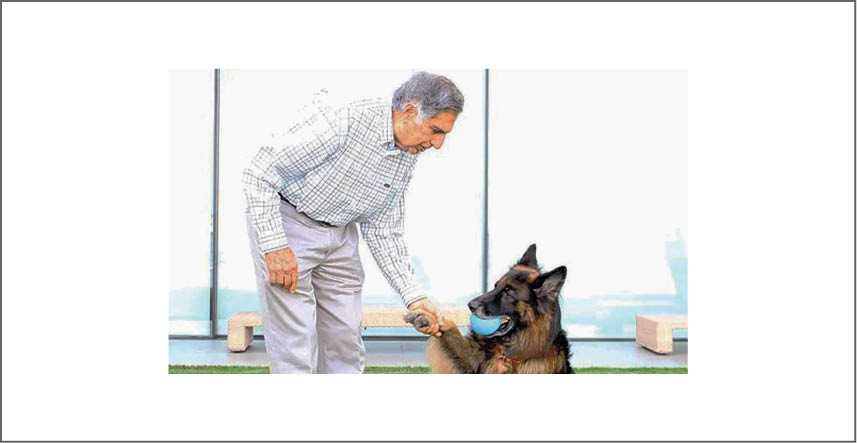 On 2nd November, 2019, Ratan Tata shared a touching post on Instagram on the fourteenth birth anniversary of his cherished German Shepherd, Tito, and also shared an important message.

“Today would be the 14th birthday of my late dog, Tito. I still come home to two kind souls and meet so many others in and around the office. While few have the comfort of families, many struggle on the streets, and yet somehow, their affection remains the same. Those of you who strive for the welfare of the voiceless, truly have my respect,” shared Ratan Tata, an ardent dog-lover. Not surprisingly, within a few hours, the post received over 3 lakh ‘likes’ and over 2,500 comments.

In 2018, the Tata House reopened its global headquarters, Bombay House, with a kennel for stray Indies living in the area, “created for the canine friends who have been an integral part of the building for decades,” read the official press release. With over seven million followers on Twitter, Ratan Tata had tweeted earlier in 2012, “My dogs Tito and Tango make it so enjoyable to come home each evening. They wait for me and give me their undivided affection.”

Ratan Tata joined Instagram last week and within days, he got over 5 lakh followers, with his first post garnering nearly 4 lakh likes, reported in detail in PT’s last issue.