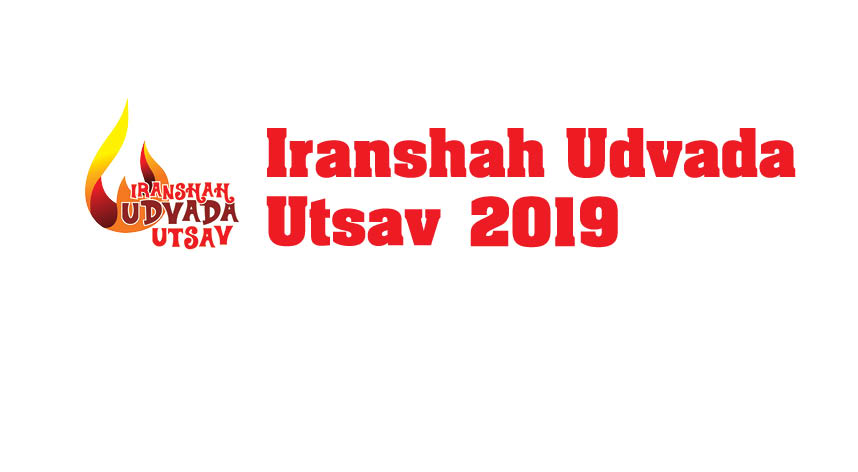 The Iranshah Udvada Utsav (IUU) 2019 buzz is in full swing, even as we close in on the Community’s much awaited fest – the largest platform for the coming together of Zoroastrians from India and across to world, to yet again celebrate our cultural, social and religious ethos, in Udvada – our pilgrimage headquarters! The two-yearly IUU is the culmination of great planning and collaborative efforts of the ‘Foundation for Development of Udvada’, ‘Udvada Samast Anjuman’. Since its inception in 2015, the IUU has been hailed as the worldwide Zoroastrian Community’s premier cultural fest, drawing in over 4,000 participations globally. The tremendous success received for this gigantic undertaking makes one look forward to its oncoming third chapter – the IUU-2019. Parsi Times, the exclusive Media Partner of the IUU since the start, brings you insights into the Fest, as shared by its Founders – Vada Dasturji of Iranshah Udvada, Khurshed Dastoor and Dinshaw Tamboly.

PT: Tell us how it all began.

Dinshaw Tamboly: In June 2014, H’ble PM Narendra Modi, just a couple of weeks after assuming office as Prime Minister, invited Dasturji Khurshed, Homai Engineer, late Jehangir Cama and me – as we were connected with Foundation for Development of Udvada (FDU) – to meet him and discuss on how to develop Udvada as a pilgrim centre, undertaken by UADA (Udvada Area Development Authority), Government of Gujarat. He applauded our community’s unparalleled contribution towards nation building and how Udvada showcases our glorious history over 1300 years, and reiterated the keen desire to project Udvada as a place of harmony, religious tolerance and opportunities, by organizing the first ever Zoroastrian festival for Parsis from the world over, to congregate and participate in celebrations. Honouring his wishes, the Foundation for Development of Udvada and the Udvada Samast Anjuman organized the first IUU at Udvada on 25-26-27 December, 2015, which was a grand success with Zoroastrians from India and overseas participating wholeheartedly.

PT: As you head towards celebrating the third glorious chapter of the IUU in a few weeks, how has the journey been thus far?

Vada Daturji Khurshed: A gratifying journey indeed! Dotted with moments of both – exhilaration and anticipation! IUU was birthed at the behest of the Hon’ble PM Narendra Modi, who shares immense admiration for our community and has championed our causes at the government level. Preparations for the first two Utsavs caused apprehension, but now, with experience and assistance of a competent team, things are going smoothly and Im able to efficiently address the finer details.

Some of the highlights of this journey include my interactions with the eminent RatanTata, accompanying him to the Atashbehram and serving him a cup of coffee in my humble home – that’s a memory I will treasure over all others! Also, walking alongside our Vice President, Vankaiah Naidu, down the serene lanes of Udvada, taking in Udvada’s tranquil ambience and pious charm, has been an unforgettable experience.

As I stand at the threshold, readying to throw open the gates of the 3rd Iranshah Udvada Utsav, I invite all intrigued by Zoroastrianism to be at Udvada from 27th to 29th of December, 2019, to partake of one of the largest global gathering of Zarthostis!

PT: How has the IUU proven to be a positive and beneficial effort for our Community?

Vada Daturji Khurshed: I would answer this on three levels. Firstly, it has brought the global Zoroastrian community closer – Zarthostis across the world are actively involved in the organisation and participation of the Utsav. Those abroad get an opportunity to interact with their co-religionists; and share their experiences and challenges as they strive to keep their faith intact. It has opened avenues whereby suggestions, feedback and plans of action are discussed. I am proud to say that IUU has helped bridge the divide and build much camaraderie.

Secondly, it has contributed significantly to the progress of Udvada, which has witnessed positive transformation, as compared to pre ‘Iranshah Udvada Utsav 2015’. The arrival of eminent personalities on a regular basis has helped greatly step up its infrastructure – the arterial roads have been repaired and widened, buildings are well kept, village is clean, its heritage status is a boon and most importantly, the railway station is now one of the best on this route!

And thirdly, it has fortified our minuscule community’s standing with the GoI, with the MOMA (Ministry of Minority Affairs) taking keen interest and allotting funds for the revival of our numbers through the Jiyo Parsi initiative. Also, Gujarat Tourism allocates funds to sponsor the IUU, this itself is proof of their faith and admiration for the Zoroastrian Community. Every season, eminent Government officials inaugurate and close the event, showing their commitment and eagerness to be present and part of the festivity.

PT: How would you deem the event’s overall success? How does IUU resonate with the essence of ‘Parsipanu’?

Dinshaw Tamboly: IUU has faced tremendous success! We have most IUU 2015 delegates return for IUU 2017, and they have now booked themselves for IUU 2019! Global community leaders visiting IUU meet Indian counterparts, discuss issues, plan projects that benefit our community’s economically challenged sections – a definite advantage. The establishment of the Zoroastrian Information Centre (Museum) at Udvada has garnered great interest in the history of our small but dynamic community, leading to greater footfall into Udvada from overseas Zoroastrians, indirectly advantaging local business.

IUU resonates completely with the essence of ‘Parsipanu’ – invoking pride in our glorious past, showcasing community achievements of the present, motivating our youth to plan a future that would surpass both the past and the present. Wherever and whenever Parsis congregate, especially in a place like Udvada, religious fervour is at its peak, followed by camaraderie, food and fun – that completes the Parsi psyche!