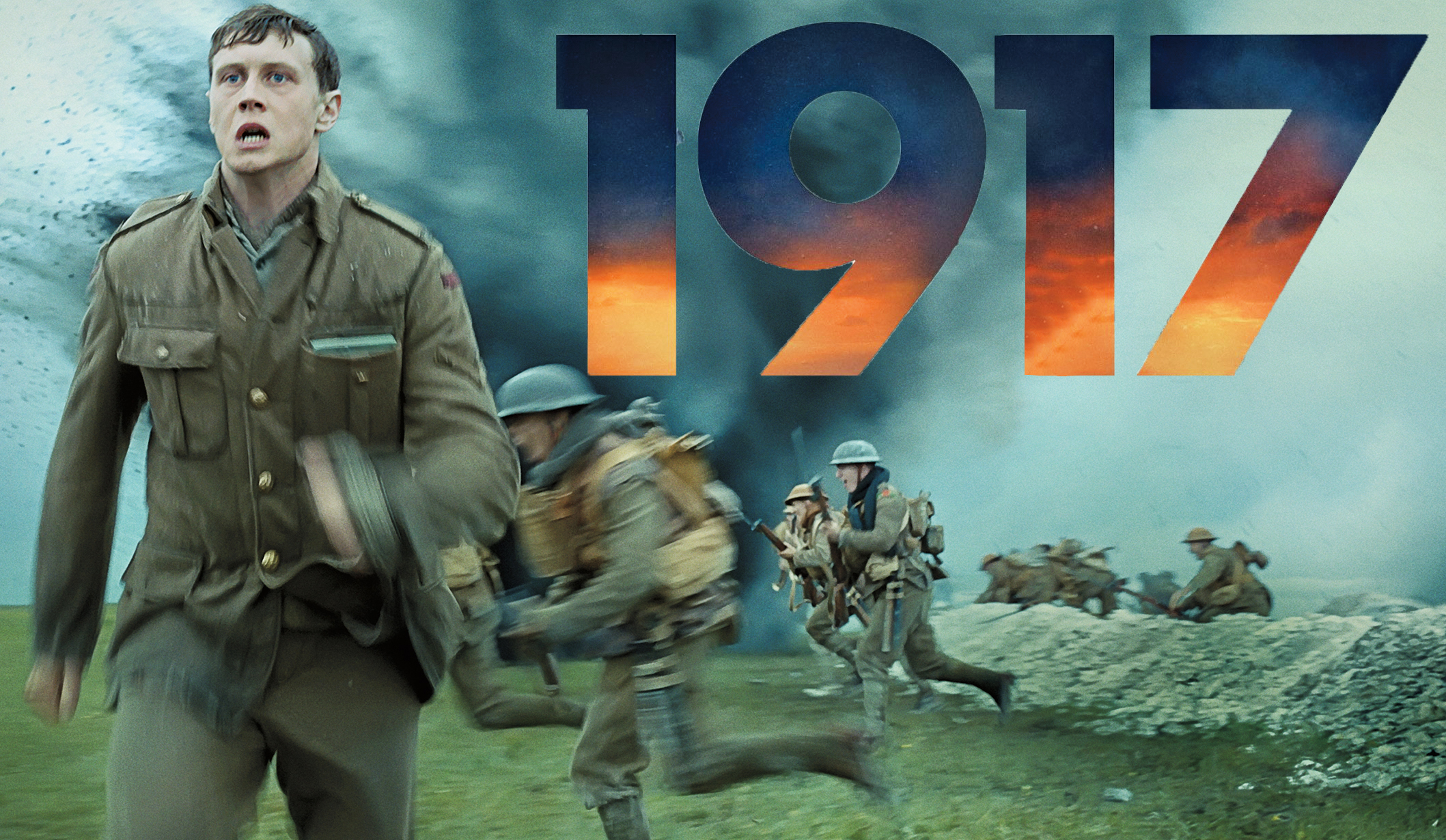 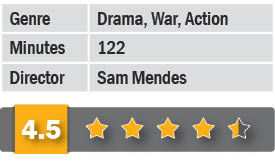 The film, which depicts the happenings over a 24-hour period on 6th April, 1917, during WW1 (and hence the title) could well have been called ‘Race Against Time’. Co-written by director Sam Mendes, and based on a story narrated to him by his grandfather, Alfred Mendes, the film unfolds with Lance Corporal Tom Blake (Dean-Charles Chapman) being summoned by his superiors. He’s to undertake a hazardous venture – of crossing treacherous territory to warn the 2nd Battalion of the Devonshire Regiment to hold back the attack on the retreating Germans as it’s a trap – all 1,600 of the Allies, including Tom’s elder brother could perish. Tom asks for his colleague Will Schofield (George MacKay) to accompany him on the mission.

‘1917’ delineates the harsh and gruesome realities of war as the duo gamely make a frantic effort to accomplish their assignment. It’s virtually a race against time as they plough their way through trenches, barbed wires, rotting corpses and booby-trapped tunnels.

1917 has been nominated for 10 Academy Awards, and I’d be immensely surprised if all three don’t clinch the ultimate prize, three weeks from now. Also, watch out for acclaimed British actors Colin Firth, Benedict Cumberbatch, Andrew Scott and Richard Madden, all in cameos.