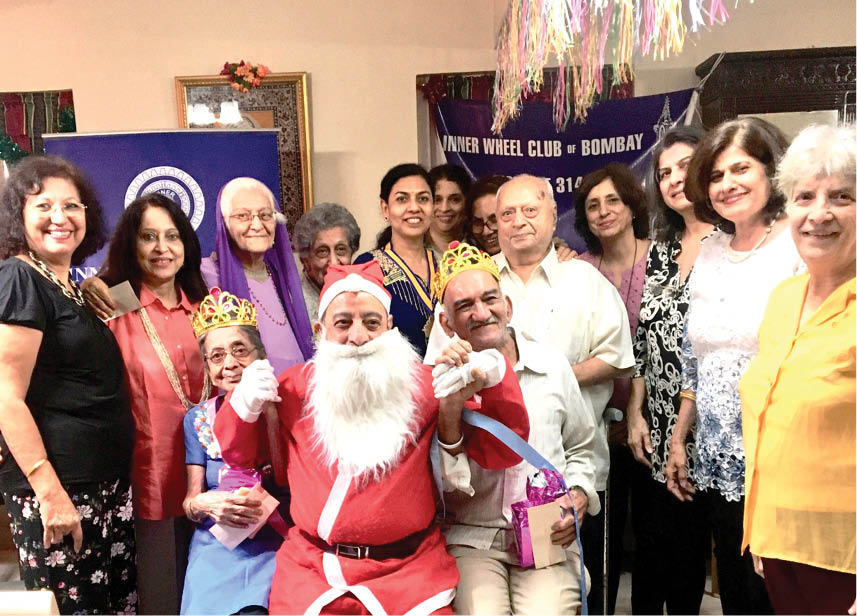 The residents of the old-age home, F S Parukh Dharamshalla, had a gala time on the 6th of January, 2020, at the superhit annual event – the crowning of the ‘Queen and King’ in 2020!

A much-looked forward to event, the annual King and Queen crowning took place amid much fun and festivity, in a brightly decorated hall, with a Christmas tree still intact, and streamers, baubles, snowflakes, angel, pine-cones and psychedelic lights! The ‘young at heart’ residents, who lead a meaningful life in their golden years, courtesy, the BPP-run Home for the Aged, came into their own while showcasing their talents.

They narrated stories and incidents about their childhood and young-days alongside jokes, Parsi songs, monajats, an original composition, Gujarati garba songs and film songs! Like every year, the event was sponsored by Inner Wheel Club of Bombay, and the ‘Queen and King contest’ was judged by its members. While the judges were discussing the outcome, in came Santa Claus came and regaled the ‘young at heart’!

Finally, the winners were announced – the newly enrolled residents ‘the amiable Gool Kanga’ as the Queen, and ‘the sweet-smiling Faredoon Elavia’ as the King. The runners up included the charismatic Freny Madan and the congenial Minoo Toddywala. Every participant had words of praise for the well-run Dharamshalla and its management, especially the Ladies Committee members, who organize monthly entertainment for the residents in the form of TV, movies and musical shows, dance shows, magic shows and religious discourses. The evening ended with birthday celebrations of those born in the months of December and January, and delicious snacks donated, courtesy The Taj.