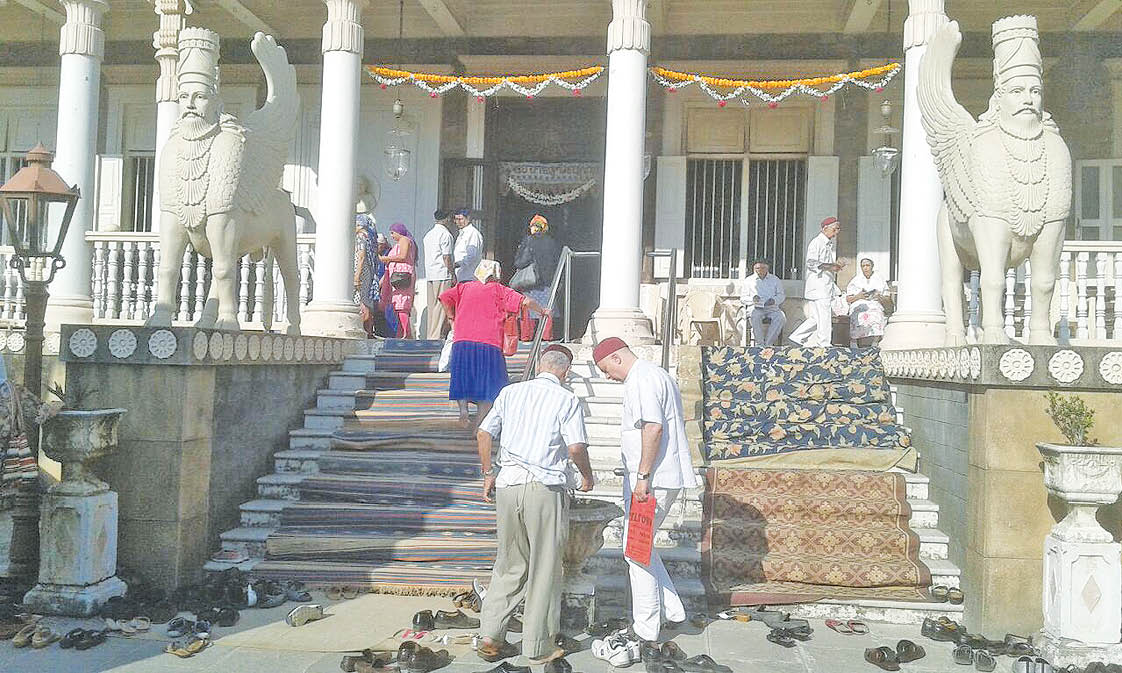 gaam (Gujarat), aimed at supporting and perpetuating its legacy, as also our priceless and timeless heritage. It was launched on 24th December, 2017 at the second Iranshah Udvada Ustav (IUU), and its dynamic, interactive website was launched at IUU’s third chapter on 27th December, 2019.

The Initiative strives to ensure that Udvada gaam is given its respectful place on the global map of renowned religious, historical and cultural sites, equipped with improved infrastructure, enhanced facilities and better security – this would be in keeping with its now officially recognized status of a Global Heritage Village, by the Indian Govt. The Udvada Atash Behram is the oldest consecrated fire temple of the highest grade in India; and represents the historical, cultural, spiritual and religious bond with our Motherland Iran. The divine flame is revered by Zartoshtis across the globe since over a millennium. It is hoped that this global Zarthushti convergence will assist in keeping the holy flame alive, for the benefit of our future generations through Education, Inspiration and Donation, by providing a continuous stream of global financial support to perpetuate the legacy of Iranshah Udvada.

Continuing its coverage on the Global Iranshah Initiative, Parsi Times brings you an update shared by Tinaz Karbhari, the ambassador of the Iranshah Initiative, and one of its core members, the others being – Meher Amalsad, Vada Dasturji of Iranshah, Udvada – Khurshed Dastoor; Noshir Dadrawala and Arzan Sam Wadia.

“It has been a great and progressive few months since the launch of the official Iranshah Initiative website at the Udwada Utsav in December 2019. We have formulated a group of youth from all over the globe to be representatives for their specific regions, in order to educate and spread the word about the Initiative.
There have also been engaging discussions about how each representative would bring their community together to celebrate the Birthday of Iranshah, so that for the first time ever, the celebration that takes place in Udwada is shared across the globe, enabling those unable to be physically present there, to still feel a part of it – even for just a few moments.
Furthermore, preparations are underway to present the Initiative at upcoming global Zoroastrian Congresses and events to create maximum awareness of it,” shares Tinaz Karbhari with Parsi Times.

The 5-Star Vision of the Global Iranshah Initiative:

Parsi Times will continue to provide our readers with the latest updates. Watch this space for more!