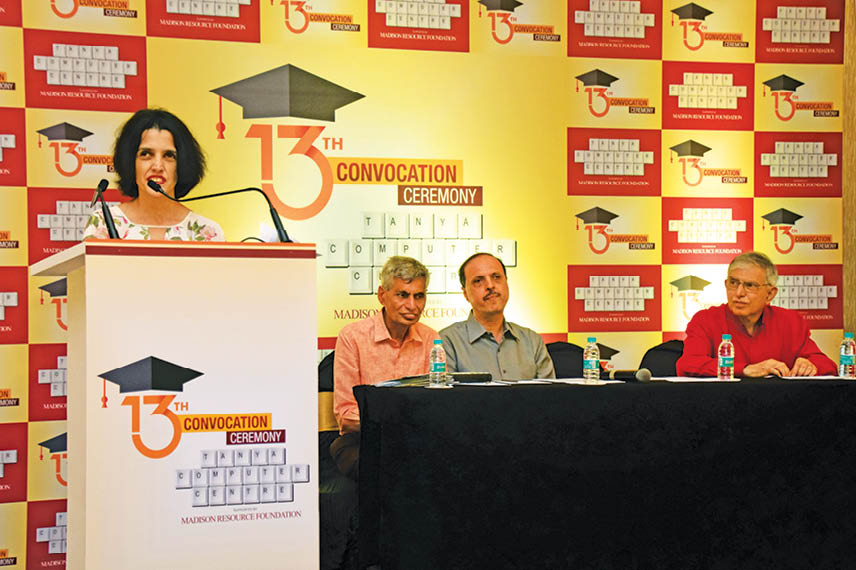 February 23, 2020, marked the 13th Convocation ceremony of Tanya Computer Centre, dedicated to the cause of Computer Education for the Blind, founded by Tanya Balsara, a visually impaired visionary, who has personally taught 250 blind students into becoming computer literate, with most of them now employed in the Public Sector.

Speaking on the occasion, Tanya Balsara said, “I seek your help in spreading the word to all 8.8 million blind people in India that nothing can be more enabling, empowering and liberating as computer literacy can be, for the blind.” She requested everybody present to introduce at least one blind person to computer education, as she had personally experienced the difference computer literacy made to her life and therefore, her Vision was to see  all 8.8 million blind Indians get computer literate. She also said that this would tremendously add to India’s GDP and help achieve the Prime Minister’s dream of making India a 5 trillion dollar economy! 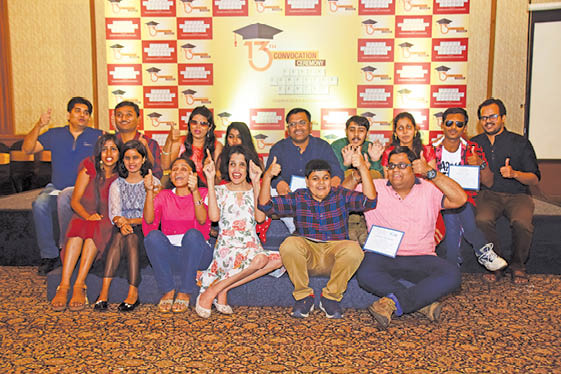 Elaborating on her vision, Tanya mentioned that if the government could help set up only 880 Computer Centres, with a capacity of 20 seats each, then 50% of the 8.8 million would be covered in 12.5 years. Estimating that each center would cost Rs. 20,00,000/- to set up and Rs. 7,00,000/- per year to run, the total cost would work out to Rs. 124 crore yearly. She said, “In other words with just Rs. 1,550 crore spent over 12 ½  years, half the blind population would be covered and would be able to enter India’s work force. I hope to make a proposal to the HRD Ministry and I am sure with your good wishes, the government should take a serious interest in executing it.”

Tanya Computer Centre, which until recently operated from only one Centre, now has 5 Centres with 4 Centres opening last year in Gujarat; one each in Ahmedabad; Sayla village, Saurashtra; Kapadwanj, Khera and Dessa, Banaskantha, thanks to Tanya Computer Centre’s association with Blind Peoples Association, Ahmedabad. Three additional Centres are expected to come up in Jodhpur, Valsad and one additional Centre in South Bombay, the latter 2,  thanks to the courtesy of Sir Jamshetji Jeejibhoy Trust.

Dr. Sam Taraporevala (also visually impaired), Executive Director, Xavier’s Resource Centre for the Visually Challenged (XRCVC) was the Guest of Honour at the Convocation, He said, “I do not believe that in today’s India, with the benefit of computer literacy, any blind person should consider himself at a disadvantage, compared to the sighted.”

Sam Balsara, Chairman, Madison World, said, “We are delighted to have adopted the cause of computer literacy for the blind in India. Seeing the change that Tanya went through after becoming computer literate and the change in her students, I am convinced that this is the most liberating and beneficial act that anyone and the government can do for the blind.”