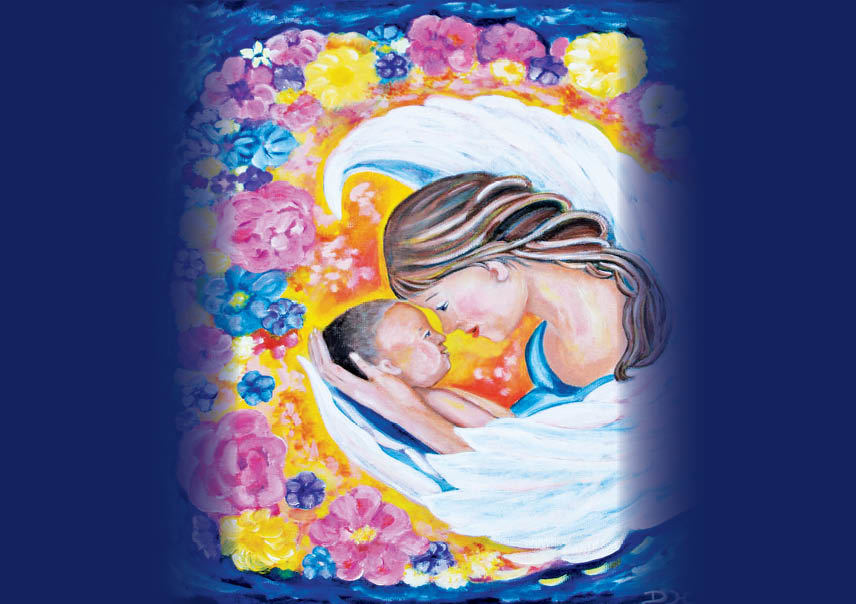 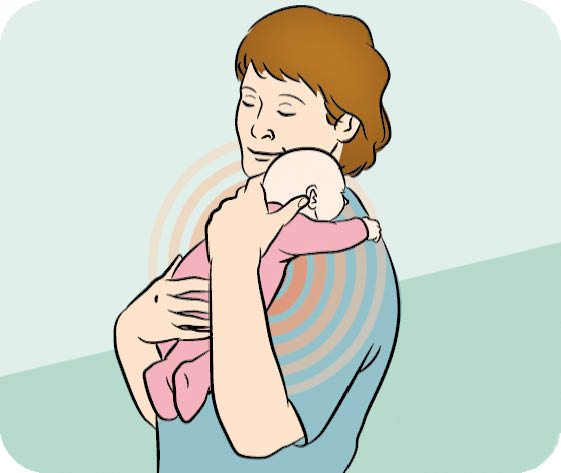 Several seers, clairvoyants and esoteric groups have described the subtle and hidden aspects of birth. These spiritual aspects show us a different perspective, the magnificent wonders of God and Mother Nature and the dynamic processes involved in the miracle of birth. These are the synthesis of various teachings through the ages, right from the ancient occultism of Atlantis, Lemuria, Egypt and the great Mu civilizations.

At the very moment of conception, the spiritual essence of the soul about to incarnate, begins to work towards attuning itself to what will eventually become its physical body. However, the essence of that soul is too intense to instantly link with anything physical, and so it is done in stages over a period of nine months of pregnancy. Subtle bands of energy are built around the soul essence to soften and filter its influence upon the chosen womb (the mother) so that it can align more easily and integrate fully at the time of natural birth. Cesarean deliveries are artificial birth since the time is not ordained by Nature but fixed by the parents and the gynac.

The incarnating soul is helped by an angelic hierarchy consisting of Ameshaspands, angels, elemental nature -spirits and Karmic – Devas. This angelic hierarchy is just as real as we are, but without the physical body. They have bodies of much lighter vibrations and hence invisible to us. In the process of birth, these Divine beings help construct our new subtle physical bodies and help the ego of our soul to integrate with that new body.

Their first tasks begin at conception to help insulate the developing foetus. The mother’s womb is attuned and magnetised because the energy-system of the mother, especially in the womb-area MUST be brought into vibrational harmony with the energy of the embryo. This ‘adjustment’ results in ‘morning sickness’. Then, the chakra-system is adjusted and attuned to the physical glands and nervous system, as well as levels of consciousness since chakras meditate all energy coming into and going out of the body. They distribute energy for our spiritual, physical, emotional and mental functions, according to the past karmas of the individual.

The first three months involve attuning and constructing the physical form of the foetus and creating insulation and protection from outside-energies. From the moment of conception, a link between our spiritual essence, our embryo and the mother, is formed. This link increases over nine months. During the first four months, the angelic hierarchy protects the mother from adverse circumstances since the embryo shares in the energy of the mother. Divine Nature-spirits vitalize the embryo and often the first kicks of the baby are felt.

From the fifth to the eighth month, members of the angelic hierarchy draw closer and more protective around the mother and this accounts for that special ‘glow’ on a pregnant woman’s face, as her aura expands. Now, a more direct alignment occurs with the mother and the baby recognizes the mother’s voice and feels her emotions. This is why the mother should read spiritual books at this stage, hear good music and eat pure satvic food. In case of premature birth, the angelic group helps the baby outside the protective environment of the womb. Their numbers increase, as do their efforts.

Just prior to natural birth, the angels and nature spirits withdraw and Avan Ardvisur Banu remains present with the mother until the baby’s umbilical-cord is cut. She focuses on stabilizing the subtle bodies of the baby through the pain of birth. Once that first breath is taken and the baby is separated from the mother, it becomes a distinct entity and begins its own unique task of working out its mother and child Karma for the number of years allotted to them both.

If the mother has to learn an intense lesson of pain, the child dies before her. If the child has to learn a painful lesson, the mother dies in childbirth or when the baby is small. A miscarriage occurs when the soul of the embryo had to experience a short-life within the womb. As per Tibetan literature, a miscarriage is a sort of cosmic-punishment for suicide in a previous birth. Since the lifetime of that birth was cut short by that soul, it doesn’t get the privilege of birth and a long life, this time around.

If the mother is unhappy or agitated during pregnancy, the child will be prone to depressions later on in life. Now, the solar rays give pranic-energy to the mother and child but the position of the stars and planets at the time of birth makes us the individuals that we are. Our characteristics and personality occur at conception, while individuality occurs at birth, governed and influenced by your birth-sign (Rashi). This establishes your magnetic field, which consists of three different frequencies. You are constantly influenced by all the planets and stars of this Universe which affect your magnetic field. Shortness of breath, irritability, cancer, mental-depression are signs that insufficient pranic-energy is being distributed in the body.

A child is born healthy or unhealthy, which is determined at conception and is the result of his / her parents’ energies. If the mother and father are of spiritually compatible frequencies at the time of conception, such a child has an easy birth and a strong healthy body. But if a child is the product of mismatched energy currents, the child has a difficult birth and is sickly because of low pranic-energy till the age of seven. After this age, the child is open to the Universal energy and draws it within its Karmic-limitations.

Even the personality of a child occurs at conception and one’s individuality is determined at birth with the first breath taken under the influence exerted by the position of the planets. It’s very important to handle a new baby with lots of love preferably by the mother herself because the baby’s energies are influenced by the radiation of people who handle it. If the baby is resented (for any reason) or parents fight constantly, it results later on in a so-called ‘problem-child’.

Thus, birth (and death) are rituals that occur in everyone’s life. The process of being born and dying are complex and we encounter so many experiences before we attain our highest potential. We (our soul) choose a womb and an environment that will help our spiritual growth. Even when we go through great suffering and tragedies, like the loss of a child or cancer, we are growing spiritually, learning great lessons of loss, attachments and detachments. A child can give great happiness or great sorrow to a parent since friends as well as enemies of past births can come to you as your children.

The divine Universe provides everyone with the opportunity for spiritual growth. When a mother brings forth another soul into physical realms, she must do it with love, hope, joy and the opportunity to bring out the Divine within the incoming soul. This, then, is the mystery of birth!