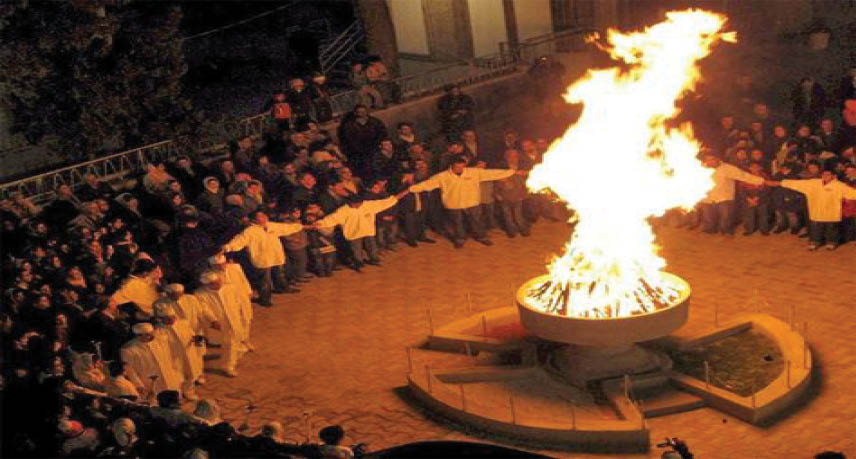 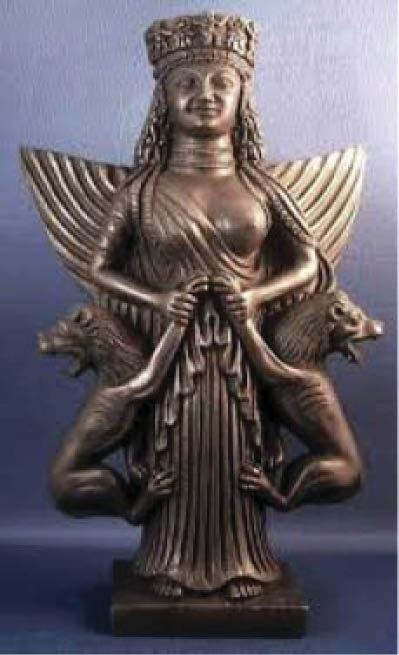 Today is Vasant Panchami, the Indian festival that reminds us that Spring and the festival of Holi is not too far away. Vasant means Spring and Panchami means fifth or the festival falling on the fifth day of the Hindu lunar month of Magha. It is considered an auspicious day to begin any new venture.

In like manner, Zoroastrians in Iran celebrated Jashn-e-Sadeh on 30th January, 2022, fifty days before the Spring festival of Navroze. Sadeh means one hundred or the aggregate of fifty days and fifty nights before Jamshedi Navroze.

The Colour Of The Season: On Vasant Panchami, devotees usually wear yellow or saffron coloured clothes, offer yellow flowers while praying (especially before Saraswati – the Divinity of Knowledge and wisdom) and eat halva (a sweet dish) made with saffron, which gives this dish a distinct saffron-yellow colour. At this time of the year, even agricultural fields are resplendent with yellow mustard flowers in bloom.

Yellow is the colour of the sun, the sunflower and the mustard flower. It is mother Nature’s choice of colour ushering light and new life. While saffron is a sacred color in Hinduism, representing fire and the burning away of impurities, yellow is the color of knowledge, learning, happiness and peace. Lord Vishnu, Lord Krishna and Ganesha are traditionally depicted wearing yellow.

On this day, Surya – the yellow-golden sun, is also thanked for bringing winter to an end with longer days and for helping life blossom once again, after the cold winter. 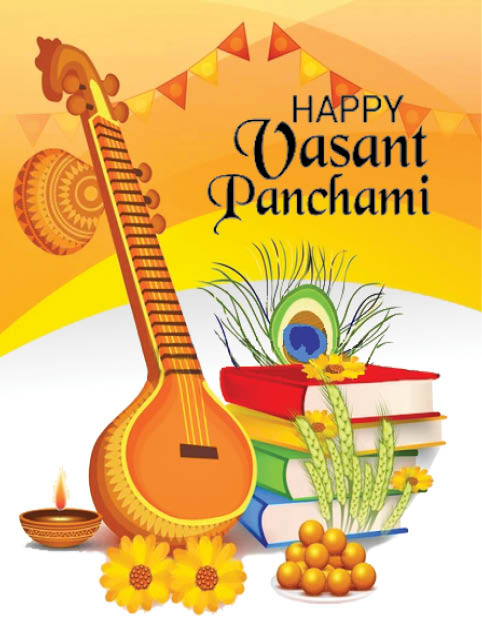 The Festival Of Sadeh: Like Vasant Panchami, this Iranian festival reminds people that Spring or Navroze is not too far away. Therefore, it is a festival that celebrates hope! Sadeh is a mid-winter festival to celebrate the earth slowly but surely warming up, and the change in season ushering new life and warmth, after the cold winter. Sadeh is celebrated by lighting huge bonfires after sunset, just the way bonfires are lit after sunset on the festival of Holi in India. Lighting bonfires celebrates light over darkness; and warmth over cold; and life over death.

To the blazing fires, Iranian’s say: “Sorkhie to az man, Zardieh man az to“, which is the devotee’s plea to the fire to bestow its red glow of heath and take away the devotee’s yellow pallor of illness! According to legend, Sadeh also celebrates discovery of fire by Shah Hooshang of the pre-historic Peshdadian dynasty.

The festival is traditionally celebrated in Zoroastrian strongholds like Yazd and Kerman, in open spaces with devout Zoroastrians dressed in white clothes, gathering in large numbers, with contributions of firewood for the fire and food to be shared and eaten together. The congregation also prays, sings and dances together as a community. The festival celebrates life, good health and strong community bonding.

Celebrating Creativity: Vasant Panchami is the festival dedicated to Saraswati the Divinity presiding over knowledge, language, music and all arts. Saraswati symbolizes creative energy and power in all its form, including love. Thus, this auspicious day celebrates creativity through knowledge, wisdom and love.

Vasant Panchami is also celebrated as the day when Kamadeva (the Divinity of love) was asked to stir Shiva’s desire for Parvati. It’s also the time when Kamadeva stimulates the passions of both – earth and its denizens, as agricultural fields and wild planes and valleys come alive with new blossoms. Devotees believe that worshipping Saraswati, the Divine consort of Lord Brahma makes the world a better place by ushering enlightenment, knowledge, creativity and purity. Yellow coloured delicacies like Khichdi, halva, boondi and mishrikand, along with seasonal fruits, are offered to Saraswati and then consumed by family and friends as prasaad or the blessed offering.

Avan, The Zoroastrian Equivalent Of Saraswati: In the Zoroastrian tradition, Avan is the equivalent of Saraswati. According to Zoroastrian theology, Avan is a purifying force and the bestower of life, knowledge and wisdom. Praying the Avan Niyaesh and the Avan Yasht regularly, bestows the devotee with not just wisdom, but also the power to fight all forces of evil. Various Kings and Paladins of ancient Iran used to invoke Avan before going into battle. However, according to Zoroastrian Scriptures, Avan granted boons only to those who were Righteous in thoughts, words and deeds and not to those who were wicked.

May the pre-spring festivals of Vasant Panchami and Jashn-e-Sadeh usher new hope, new vigour and above all else, bless us all with right knowledge and wisdom.