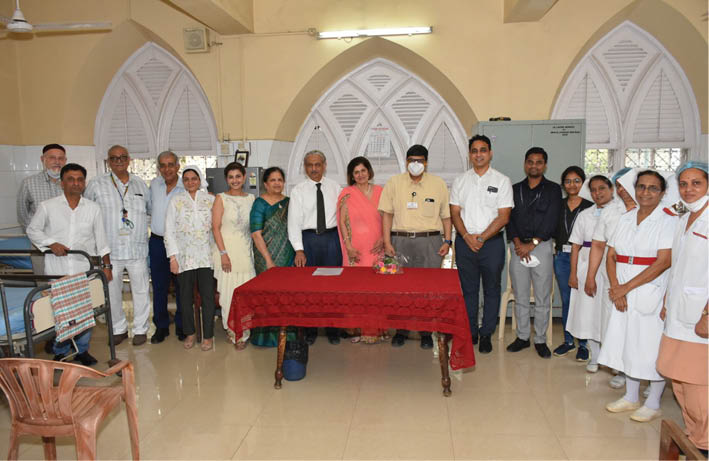 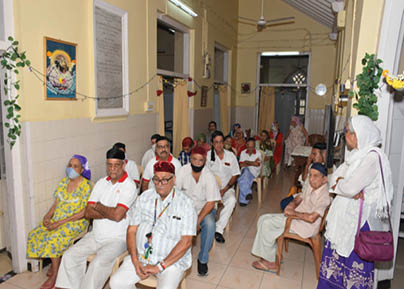 21st March, 2022 marked a joyous occasion for the residents of Sir JJ Hospital Parsi Ward (No. 28 sphere), headed by Arnavaz Jal Mistry, celebrating the auspicious occasion of Jamshedi Navroz. The traditional Navroz Jashan, which has been carried out since the last 34 years now, was performed, much to the joy of the resident senior citizens, who attended the program, dressed in their new attires. JJ’s Parsi Ward houses 45 senior citizens free, providing for their boarding, lodging, food, medicines and clothes, and lots of loving care.

Welcoming everyone on the occasion, Arnavaz Mistry said, “When we take care of our old friends here, we make sure that their every wish is fulfilled and that they are kept in a happy, healthy and in a hygienic atmosphere.” She shared that the ward was ‘home’ to the bed-ridden, physically and mentally compromised community members, where they were provided free treatment with love, care and dignity. She thanked the team for its support.

Everyone praised the long-standing efforts and commitment of Arnavaz Mistry, especially as a resident vouched for the care and treatment provided by her – as well as the entertainment like board games, celebrations as these and various other activities for the residents’ benefit. She concluded saying that everyone looks forward to Tuesdays and Fridays to meet with Arnavaz Mistry, who was then presented a special write up as a note of gratitude for the overwhelming love and support she gave them all.

Arnavaz’s dynamic daughter, Yasmin, who has been a pillar of strength and support to her mother, and following her mom’s footsteps, is personally dedicated to community and social work, addressed the gathering and expressed pride in being her mother’s daughter. All were then treated to falooda and snacks.