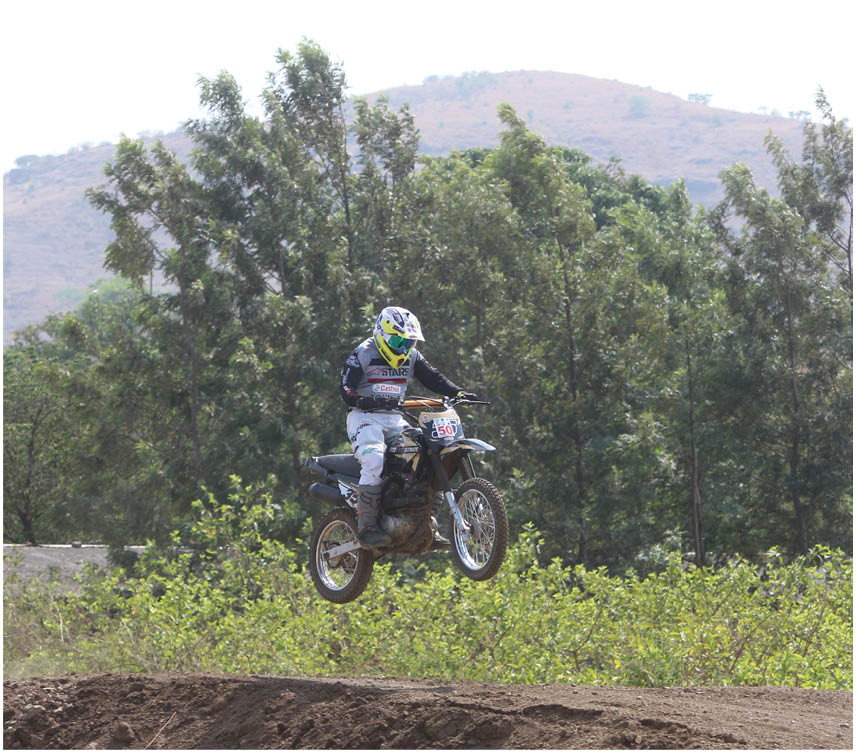 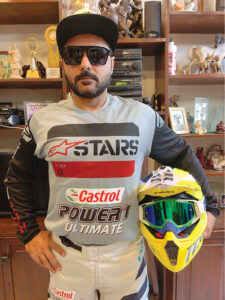 On 17th April, 2022, 44-year-old veteran Dirt-Bike racing champ, Rustom K Patel, once again stole the show at the All-India ‘DIRT HAVEN MX CROSS’ biking event by winning 2 Golds and 2 Silvers across the 4 categories he participated in, displaying his excellent and smooth riding skills to the younger generation racing there. The event was hosted by the Dirt Haven Team at Nasik’s Sandeep Foundation and saw over 85 contestants participating from across India to race each other in various categories, in a time attack format.

What makes his wins even more of a reason of pride and celebration is that Rustom was the only Parsi participant and winner in this race – as has been the case in a number of other such races in which he similarly won laurels for himself and our bike-loving community.

Rustom won the prestigious highest category in India – the Group A Foreign Motorcycles, up to 500cc, with a good timing of 1 minute and 16 seconds, beating all the other contestants, most of whom were half his age! Rustom also won easy in the Above-40 years category, with a lead of almost 40 seconds over the rest, finishing at a very close 2nd place, by a narrow margin of only 1 second difference between him and the winner in both categories, namely, ‘Indian Open up to 260cc’; and ‘Impulse and X plus class up to 260cc’.

Speaking to Parsi Times, Rustom said, “Overall it was a great day of racing in the hot sun. There were huge crowds and bikers all over the track, supporting every rider who took part. As always, it fills me with pride to be Parsi, and more so, the only Parsi rider in these races to always return with medals and wins. I always give my hundred per cent and try to make our community proud. I’m also very grateful to my sponsors for always supporting me in every possible way.”

Rustom represented Team Venom and Castrol Power 1 Biking. Team Venom won 7 trophies of the 7 races in which Rustom participated alongside team member Kanan Naidu, collectively comprising the two-riders team from Mumbai. Dirt Haven track has been designed under the supervision of experienced rally riders and serious professionals from the field.

A proud Parsi, Rustom Patel last raced and was crowned champion in the year 2007 in Bangalore, before returning to the racing circuit in February, 2021 – after 14 years of retirement from professional racing – to win first place, competing against riders half his age! Ever since, he has been on a winning streak – making the community proud and being the toast of the riding fraternity! Here’s wishing Rustom hearty congratulations for his inspirational wins and looking forward to many more, even as he vows to work doubly hard on his skills, fitness and training!