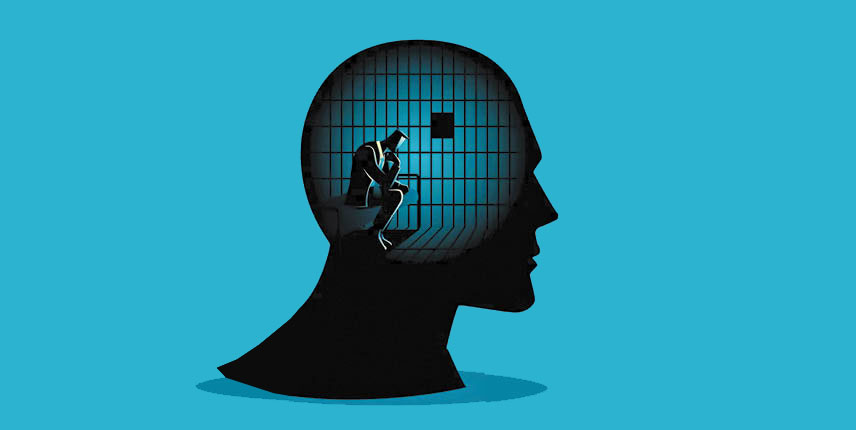 Socrates had remarked, “It seems to me ridiculous, when I am not able to know myself, to investigate irrelevant things like lofty philosophy”. St. Augustine wrote in his Confessions, ” Men travel to gaze upon mountain heights and the waves of the sea, broad flowing rivers and the expanse of the ocean, but they pass by God’s crowning wonder, which is themselves.”

Only man possesses the capacity of arousing interest in, enquiring into, reflecting upon and perhaps, eventually understanding, the truth about his own self. No insect, plant or animal has this unique and lofty privilege of seeking the ultimate reality and reflecting upon it. Each one of us is potentially a philosopher, even if you are imperfect, inarticulate and inchoate at first. The Yog-Vashistha says: “The man who doesn’t enquire into his true self is worse than useless.” And yet, the majority of men die without knowing whether life has meaning or not, whether man has something divine within or is he merely skin, flesh, blood and bones.

Parents send kids to elocution, karate and dancing classes but fail to discuss spirituality even for a few moments a day. We study for years for a career but we never study our own selves. We have time for everything during the day, but not to identify our unpleasant shortcomings and punitive ignorance.

Everyone pretends behind masks and screens that ‘I am a good human being’, but many lie the story of Dr. Jeykll and Mr. Hyde. Now that modern science has card-indexed the universe, perhaps it could spare some time to probe into the mystery of man’s deeper mind. Our education teaches us of all things, except of ourselves. Had we been trained to understand the ‘self’, we would be living with serene minds and smiling faces, instead of gnawing anxiety, stressed out bodies and frowning foreheads, evident everywhere.

The purpose of spiritual self-scrutiny is to control your monkey-mind and bring the stream of mostly-useless thoughts to rest and then, journey to the centre of the self, to make its silence articulate so as to set up a relationship between your normal consciousness(mind) and the mysterious, all-powerful reality, which is our Divine counterpart.

At first, all attempts will be intellectual, but practice will show you where the purely intellectual thought ends and spiritual thought begins. Religions, castes, races, customs, classes and all other artificial differences are transcended in knowing your true nature. The best way to put forth this message in brevity lies in the line that once adorned the Greek temple at Delphi: ‘Man, Know Thyself’. According to Greek philosophy, we are all rays of a central, spiritual Sun and just as you cannot separate the rays from the Sun, you cannot separate Absolute Divinity from the human souls emanating from it.

In the occult schools of ancient Egypt, the pupil asked, ” Where can I go to rest my tired soul and find peace?” The Goddess of the Living Soul of all Souls replies, “Seven ways are open. Seven steps have to be climbed. Seven secret chambers have to be visited. Seven lessons must be learnt.” Not until you have travelled all the seven ways, climbed all the seven steps, visited all the seven secret chambers and learnt all the seven lessons can you find rest or peace for your soul. The first is pleasure (do not be too happy or elated in pleasure). The second is pain (do not be upset or dejected by pain). The third is hatred (Try not to hate anybody or anything.) The fourth is illusion (this physical life is the greatest illusion). The fifth is truth (find the truth, the Supreme Reality within yourself). The sixth is love (love unconditionally) and the seventh, which is peace, follows automatically.

If you can apply these seven ancient steps in everyday life, you’ve already journeyed to the centre of self!