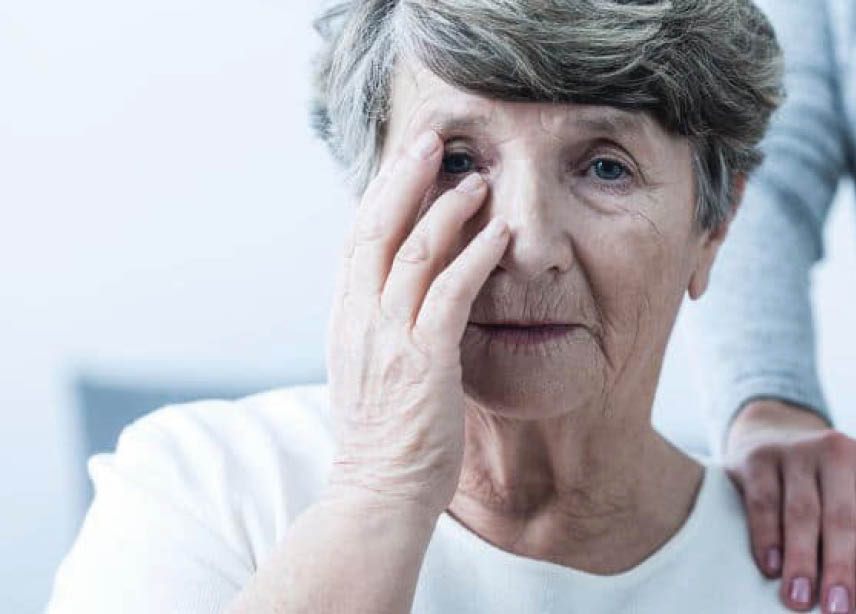 Alzheimer’s Disease or Dementia, as is more commonly known, is a progressive brain disease, that affects the brain cells and leads to loss of body function, behavior changes, and memory loss. Usually, ignorance about the early symptoms can lead to the worsening of the situation. 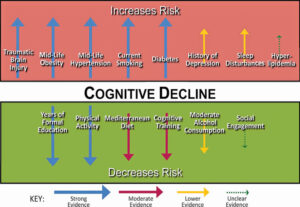 The following are ten signs that may help you catch the disease in its early stages:

Alzheimer’s disease progresses through the following stages and is accompanied by corresponding symptoms:

Mild Alzheimer’s Disease (EARLY STAGE): One may be able to function independently – like drive, work or participate in social activities. There could be Memory Lapses as regards familiar words, location of objects, names of new people, recently read material. Difficulties noticed by family, friends and doctors – challenges performing activities at home or work, difficulty planning. There could be lack of spontaneity, subtle personality changes and disorientation about day and time.

Severe Alzheimer’s Disease (LATE STAGE): This stage could lead to a decreased response to the environment, decreased awareness of experiences and surroundings and decreased ability to communicate – one could speak in small phrases though. Dependence on caregiver for decreased physical functioning like walking, sitting and swallowing. There is increased vulnerability to infections, alongside other symptoms like Urinary and fecal incontinence; weight-loss, indifference to food; and even seizures.

Alzheimer’s can take so much away from you and your loved ones. Don’t forget to look at what you can do to slow the decline that happens with the disease. Physiotherapy has been shown to improve symptoms of Alzheimer’s, as well as slow the progression of the disease. Studies have shown that exercises are beneficial for people suffering from Alzheimer’s disease. Exercising helps in the maintenance of Motor skills, Communication skills, balance, strength, and Physical functioning.

Listed below are a few exercises that can help people suffering from Alzheimer’s disease:

Walking Side-ways: Stand with the feet together and knees slightly bent. Step sideways in a controlled manner and move one foot to the side first. Then move the other foot to join it. Avoid dropping the hips while stepping. Perform 10 steps from each side of the room to the other.

Cross-Leg Walking: Cross the right foot over the left. Bring the left foot to join it. Place the fingers against a wall for stability. Attempt 5 cross-steps on each side. The smaller the step, the more the patient can work on the balance.

Heel-to-Toe Walk: Stand upright and place the right heel on the floor directly in front of the left toe. Now repeat the same with the left heel. Make sure to look forward at all times. Use wall-support with your fingers for stability. Try to perform at least 5 steps. As you progress, move away from the wall.

Retracing Steps: Just before sleeping, recall everything, what you did the day from the moment you woke up. If necessary, someone can help you remember but should be asked to repeat what you said and ask questions related to the same, like, what color clothes you were wearing? Who came to visit? What did you eat? The exercises should be preferably carried out in chronological order and in as much detail as possible.

Using The Opposite Hand: Encourage yourself to use the less dominant hand more frequently, e.g. if you are right-handed, challenge yourself to brush the teeth, brush the hair, pick up cutlery, or hold an object with the left hand. These exercises will stimulate the opposite side of the brain, which can result in rapid expansion in the parts of the cerebral cortex that are responsible for processing tactile information, and thus can improve mental health.

Ride A Stationary Bike: Simple and repetitive movements are ideal for people with Alzheimer’s disease. In addition to improving movement, riding on a stationary bike also improves cardiovascular fitness.

Lifting Weights: Strength training is an important exercise to include in a regular routine as lifting weights is beneficial for cognitive improvement. Individuals with Alzheimer’s disease should lift weights only under the direct supervision of a physiotherapist.

Touching and Recognizing: Our sense of touch passes above certain processes in the brain, triggering feelings and memories. Put some objects in a bag and ask yourself to touch and identify the objects without looking at them. Our brain usually needs to see the object so that it can distinguish between them. Using touch to identify subtle differences increases stimulation in areas of the brain that process tactile information, strengthening synapses in the brain.

Playing Scrabble: Engage the mind in framing a new word every time the opponent sets a new target. Scrabble requires logical thinking and demands the right strategy in putting a new word and where to put it for more points. Scrabble provides superb brain exercise for Alzheimer’s patients.

Physiotherapy can’t reverse the effects of Alzheimer’s disease, but it can help slow its onset. Physiotherapy will ensure that the patient can continue to live a quality life!